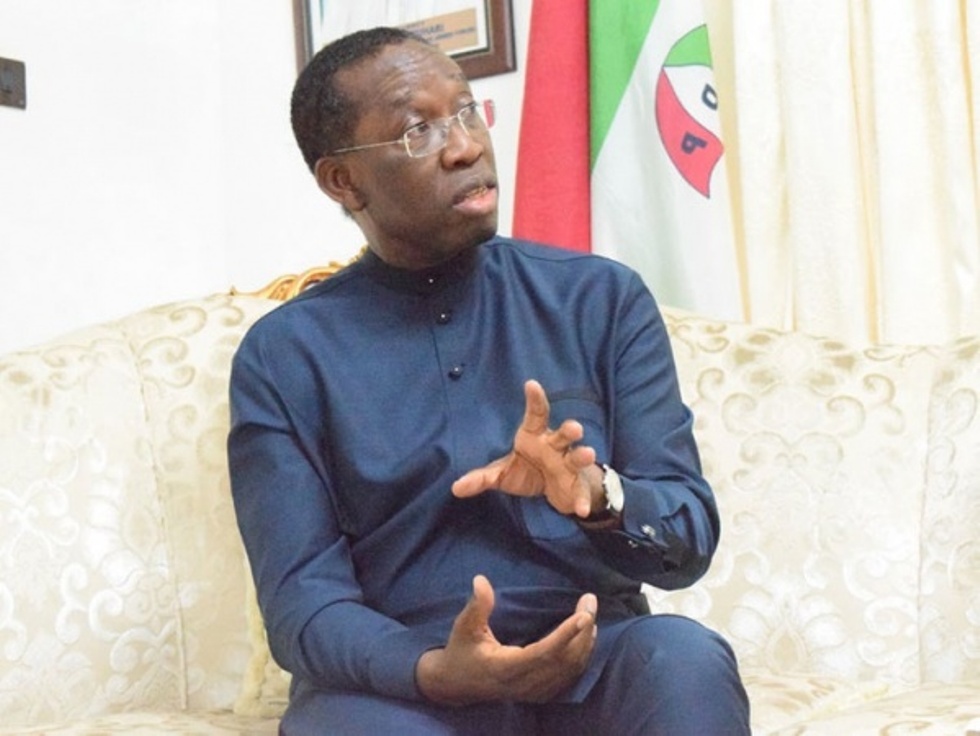 Reading through the piece “As Okowa plays God in deciding who becomes next governor”, By Ekene Ozuagbu, one often wonders whether some people who write stuff and post in the public space are either ignorant Christians who do not read the bible at all or outright heathens who are unaware of the fact that there’s a divine connection between God and leaders

Otherwise, sanctimonious folks like this Ekene Ozuagbu, who quickly jump into the public space to display avoidable lack of knowledge of the relationship between party politics and leadership, would display a bit of common sense and avoid embarrassment, by taking out a little time to research on the arguments they put forward, especially when they want to bring God into the matter, with reckless impunity.

To cut a long story short, the Movement for Stronger Delta wants to state categorically and with full authority and confidence, that the hullabaloo over Governor Ifeanyi Okowa’s attempt to play God in the emergence of the next Governor of Delta State, is not only a mischievous joke taken too far, it is sadly a dangerous misinterpretation of what the Governor said in relation to the matter.

He said: “We are not stopping people from playing politics….This is a year of politics and as politicians, we cannot avoid it, pray with us, pray for us and pray for the State. Whatever positions we are contesting for, let us seek the face of God because if you genuinely pray, God will reveal His will to you.

“As a man, I will also try to avoid people pushing me to a direction that God is not pleased with because if God has made a choice and we go in the wrong direction, it will not augur well for the State. But one thing is sure, whoever will succeed me must be one who keeps the fire in this altar burning, and God must direct us on the choice of the person.

“I can never take the place of God in deciding who will succeed me; I will pray for God to direct us and not man, so that we don’t go in the wrong direction.”

From the above, there’s no where Governor Ifeanyi Okowa attributed to himself alone, the revelation of who will be the next Governor of the State. It is on record that one man has never determined, foisted, or imposed a Governor on Deltans, in the history of politics in Delta State and Governor Okowa has operated long enough in politics to understand the truism that power belongs to God and the voice of the people is the voice of God.

In fact, it almost happened in 2015, but the people, under God’s unwavering direction, made an alternative choice, which not only balanced the desire for equity to reign, but most importantly, established and ensured the sustainable peace and harmonious coexistence which we are enjoying in Delta State today.

1st Timothy 2:1-4 (NIV) gives us direct instruction on how to relate with our leaders. It reads: “Our leaders need God’s help. All of them. … And so we pray, for God to reveal areas where we have not represented His love to the world around us”. Governor Ifeanyi Okowa is only fulfilling divine injunction by asking Deltans to pray with him in revealing the right choice for Delta State in 2023.

As for the Delta Peoples Vanguard rally on Saturday, January 15, which was held at the Government Field, Agbor, “the very door mouth of the Delta State Governor, Senator Dr. Ifeanyi Okowa”, it is important to remind the likes of Ekene Ozuagbu, that the DPV is a political pressure group made up of distinguished Deltans, just like several other political pressure groups in the State and they have the right and prerogative to organize their rally in any part of Delta State, including Owa Alero.

To further educate Ekene Ozuagbu and his ilk, the DPV has enjoyed a long, very robust, and hugely successful affinity with Governor Ifeanyi Okowa, especially since 2014, when Deltans from across the three Senatorial zones and 25 LGAs in the State came together to set up the pressure group for the actualization of Senator Ifeanyi Okowa’s quest to become Governor of Delta State.

So, there’s nothing surprising or unusual to bringing a rally to the door mouth of their principal and the Movement for Stronger Delta is quite at a loss to fathom how such an action by a pressure group acting independently on its own volition, can signal a death knell for Democracy, especially for the PDP. Infact we advise Ekene and his cronies to make haste and form their own pressure group and then proceed to hold a rally at the door mouth of their favoured Candidate. This will no doubt add colour and spice to the political process ahead of 2023.

And in response to those silly insinuations that Governor Okowa is dominating the politics in the PDP, a few choice quotes from the scholar, cerebral thinker, and authority in Leadership matters, John C. Maxwell, who has also been identified and acclaimed as the most popular leadership expert in the world today, will suffice.

1. A leader is one who knows the way, shows the way and goes all the way”
2. “Real leadership is being the person others will gladly and confidently follow.”
3.”When the leader lacks confidence, the followers lack commitment.”
4. “Great leaders always seem to embody two seemingly disparate qualities. They are both highly visionary and highly practical.” and
5. “If you can’t influence people, then they will not follow you. And if people won’t follow, you are not a leader. That’s the Law of Influence.”

These five quotes appropriately answers all the questions, addresses all the misinformation, and debunks all the innuendos and speculations which Ekene Ozuagbu, has so painstakingly, but with great futility, attempted to present as learned and informed commentary and analysis of a subject he obviously knows nothing about.

Again those who understand the nature and operations of political parties will agree that every responsible political party rallies around its leader who is highly visionary and highly practical, exudes unshakable confidence, and possesses the charismatic mien, acumen, and astute strategic brilliance to lead his party and influence mass followership, just like Governor Ifeanyi Okowa is doing in the PDP today, like previous leaders did in the past.

As a last line, it is quite imperative to remind Deltans that PDP is not the only political party in the State and the Governorship is constitutionally open to all Political Parties to field suitable and qualified candidates from any part of the State.

Of course, it must be said and unapologetically too, that PDP will win any and every election in the State any day, anytime, by virtue of the fact that it is the most peaceful, organized, united best prepared, and very much ready and primed in the pole position to do battle in every election season and cycle.

Governor Ifeanyi Okowa understands this perfectly and as the leader of the party, he knows that with prayers and the collective effort of its leaders, elders, stakeholders, and the entire membership, working together in robust and harmonious consensus with Deltans, the PDP as a united family, will once again produce and deliver the anointed choice which God has ordained and the people have endorsed, in 2023.

That is, without any doubts whatsoever, the SIMPLE Agenda.

2023: NOW THAT GOVERNOR OKOWA HAS CLEARED THE AIR ON HOW HIS SUCCESSOR WOULD EMERGE