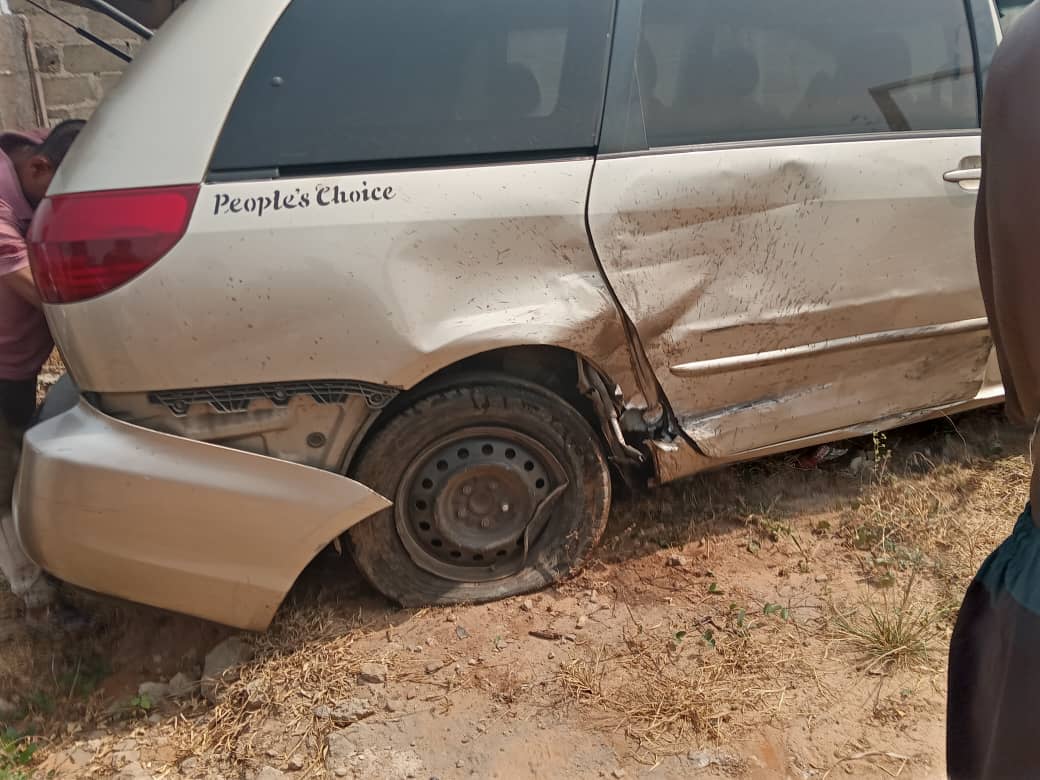 The Press Secretary to Delta State House of Assembly Deputy Speaker, Mr. Emmanuel Enebeli, his wife and 12 other travelers, on Monday, narrowly escaped death following a ghastly motor accident involving a Sienna Sport Utility Vehicle and a 2018 model Mercedes Benz.
BIGPENNGR reports that the accident happened around 1:pm along the
ever-busy Ughelli-Kwale expressway
Enebeli was traveling to Asaba, the state capital with his wife onboard a commercial vehicle when the auto crash occurred at the Kwale section of the Ogwashi-Uku-Asaba expressway.
It was learnt that the Sienna car which conveyed Mr. Enebeli, his wife who is an expectant mother had a nursing mother and six other persons who also cheated death.
Sources said that the N17.5 million worth white Mercedes Benz jeep which was reportedly driven by some suspected ‘yahoo boys’ had four occupants who also escaped being killed.

According to eyewitness account, the accident occurred when the driver of the white Mercedes Benz had attempted to enter the road without looking for oncoming vehicle after earlier making attempt to branch off to a New Pelozec Hotel along the Kwale express way.
It was learnt that no official of Federal Road Safety Corps was on ground as at when the accident occurred but eyewitness said “all the passengers came out of the vehicles with on scratch but the two vehicles were badly damage”.
One of the passenger in the vehicle told newsmen that the driver of the Mercedes Benz jeep was reckless as he suddenly entered the road with speed after attempting to branch off to a roadside hotel.
The source said; “The guy had left the road before but suddenly he entered the road without looking his side mirror for our vehicle which was behind him. Our driver really tried. He struggled to control the wheel otherwise our vehicle could have summersault”.
Enebeli who confirmed the accident in a telephone conversation, said; “I was traveling with my wife when the accident happened. All occupants came out unhurt, with the two vehicles badly damaged. It was a narrow escape for us. The grace of God just saved us. We could have all perish. I don’t know how to thank God for sparing us because it was really fatal but we all came out unhurt.
“The accident happen in front of a the New Pelozec Hotel Along Ughelli-Kwale-Ogwashi-Asaba Road.
“The Sienna Sport Utility Vehicle is four weeks old according to the driver while the 2018 model Mercedes Benz was just 4 weeks old. The yahoo boys said they bought the car for N17. 5M.
“I boarded Sir Walks Transport company vehicle in Ughelli with my wife but I noticed the transport company does not use the travellers insurance scheme. I was actually sceptical about the journey when I noticed it has no insurance scheme.
The Sienna was carrying 8 passenger, a baby and the driver put together make it 10 persons while the white Benz jeep driven by some yahoo boys had four occupants”, he disclosed. 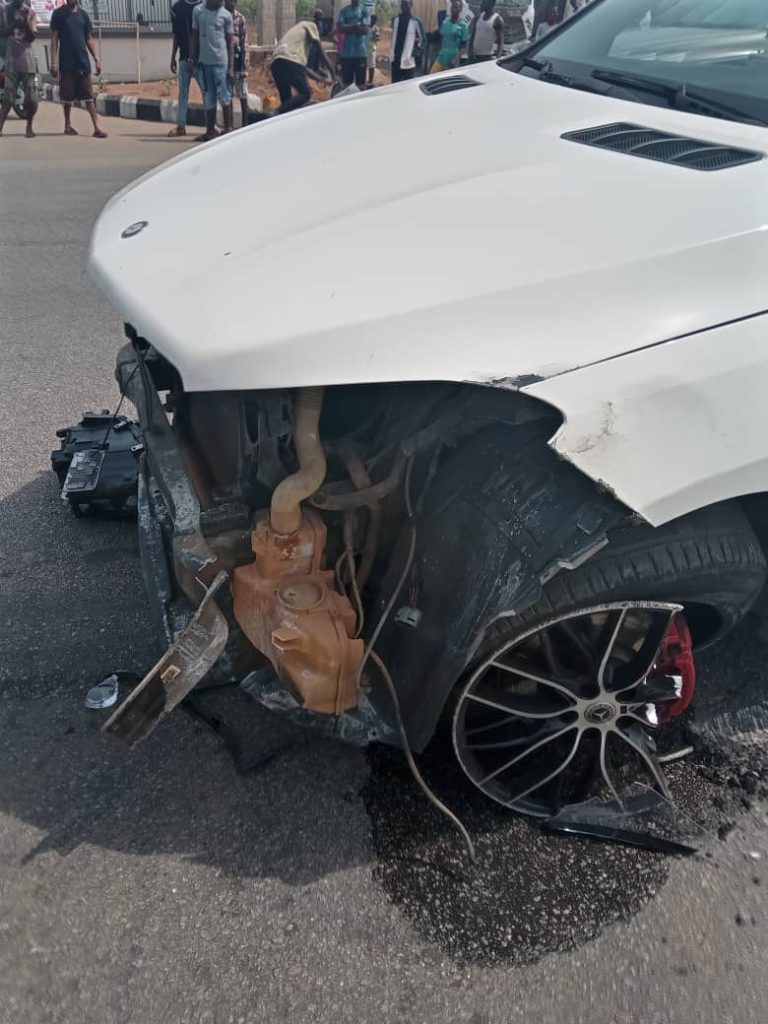