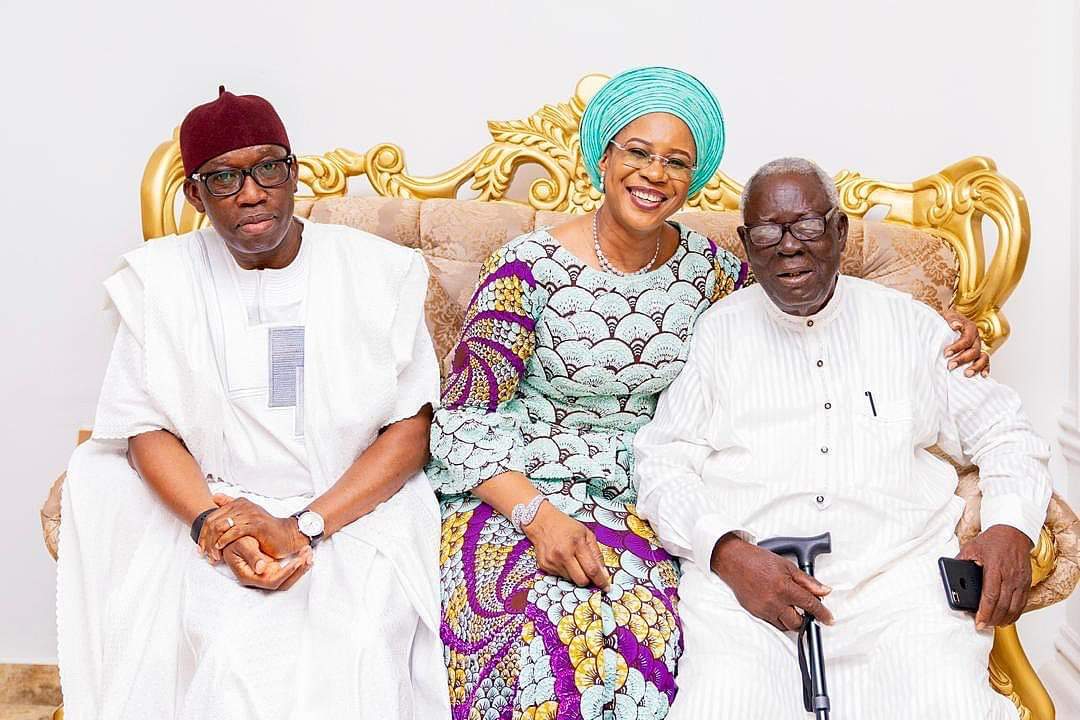 Hours after his father’s death earlier today, Governor Ifeanyi Okowa of Delta State, has eulogized the “88 wonderful years” the patriarch of the Okowa’s family of Owa-Alero lived on planet earth.

BIGPENNGR.COM had reported that the elderly Okorie Okowa died in the early hours of Thursday, January 28, 2021.

The death was reported few hours after the demise of the Majority Leader of the the Delta State House of Assembly, Mr. Tim Owhefere.

The deceased who is the patriarch of the Okowa family of Owa-Alero in Agbor, died at the Federal Medical Centre Asaba, the state capital after a brief illness.

However, announcing the death personally on his verified Twitter handle Thursday evening, Governor Okowa, described his father as a man who embodied and spread the principles of service to humanity, kindness even in the face of adversity through his life times.

The governor wrote: “My family and I regret to announce the death of our beloved father, Sir Arthur Okorie Okowa, who passed away earlier this morning.

“Throughout his lifetime, my father embodied and spread the principles of service to humanity, kindness even in the face of adversity, and trusting in Almighty God.

“As we celebrate the life of my late father, I thank God for the 88 wonderful years that my family and I spent with him — and the impact that God allowed him to have on everyone that he came in contact with.

We will miss him dearly. With love and light Papa, Rest In Peace! From your son, Ifeanyi”.