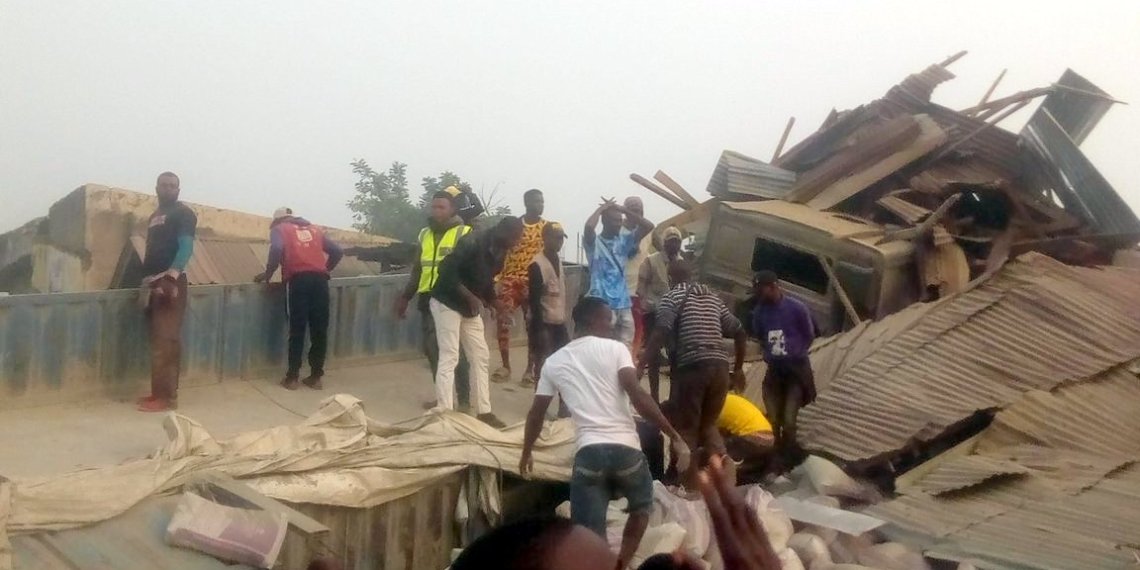 A truck belonging to the Dangote Group, on Saturday, developed brake failure in a densely populated area of Ondo State, reportedly killing and injuring a number of residents, including students of Adekunle Ajasin University, Akungba (AAUA).

BIGPENNGR.COM understands the truck, ran into the victims at the institution’s gate following the brake failure.

According to reports, the incident which happened a few minutes past 6:00 p.m left a yet to be ascertained number of people dead after the truck conveying bags of cement, suffered brake failure and rammed into shops in the area.