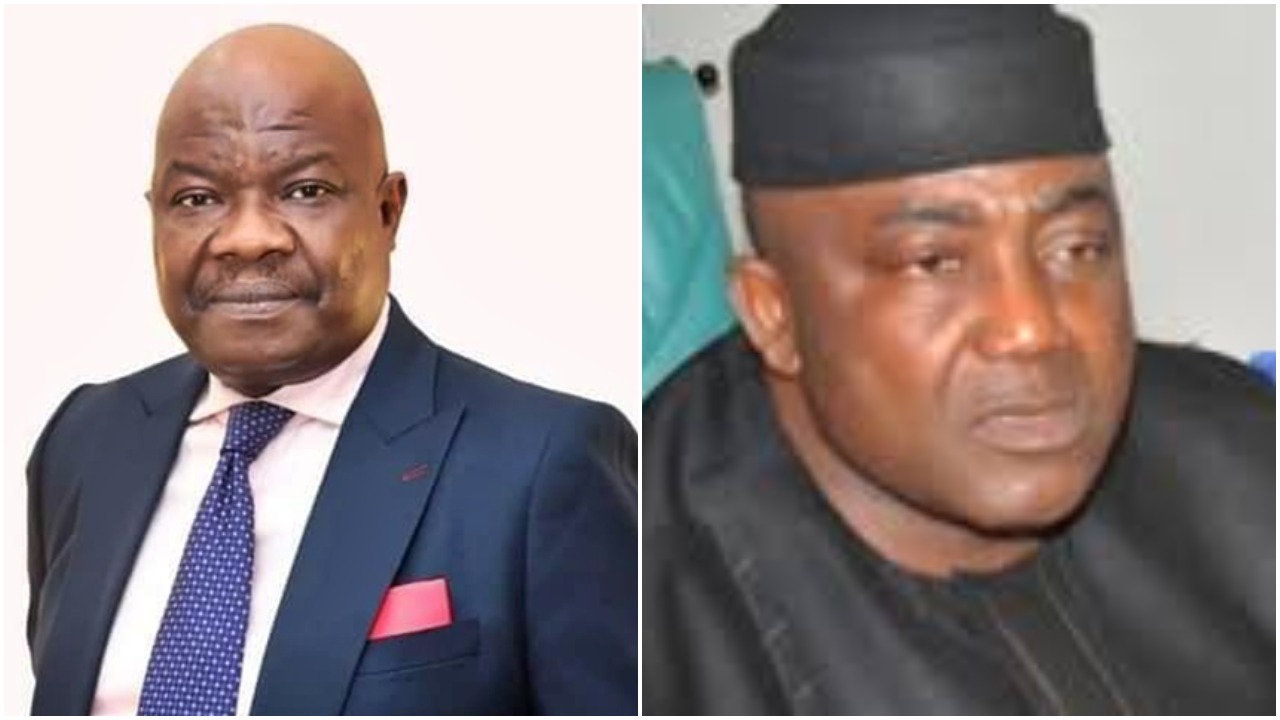 A youth group, Isoko Renaissance Group, has allegedly accused former House of Representatives minority leader, Leo Ogor and Majority Leader in the Delta state House of Assembly, Tim Owhefere of using their influence to oppress and suppress the interest of the people of Iyede in elective positions in Isoko North Council Area.

BIGPENNGR.COM reports that the group made the allegation in an open letter addressed to Governor Ifeanyi Okowa on Monday.

The letter which was entitled; “A CALL FOR EQUITY, FAIRNESS AND JUSTICE IN ISOKO NORTH LOCAL GOVERNMENT AREA”, is coming as Deltans warn up for the local government councils elections recently announced to hold on March 6, 2021 by the Delta State Independent Electoral Commission (DSIEC).

In the letter signed by its publicity secretary, Aghogho Oletu, the group said that the outcry became pertinent to draw the governor’s attention to the many years of marginalization by the power brokers in the council area.

Specifically, the group allegedly accused Ogor and Owhefere for trading off the interest of other communities that made up Isoko North for their own self-fish interest, calling on the governor to end the era where every elective positions have to rotate between Ozoro and Owhe to the detriment of others.

The group called on Governor Okowa to match his words with actions by ensuring fairness, equity, competence and justice in the process of selecting party flag bearers in the forthcoming local council polls as he promised during the recent #EndSARS hall town meeting with youths in the state.

The letter reads in part; “The time to walk the talk of allowing young competent people into the helm of affairs of Local Council is now, especially in Isoko north.

“First, as you are very much aware, there is an unwritten grouping of the clans in Isoko north into two lots, such that at any point in time, the political offices of Council Chairman and House of Assembly seats are zoned to either side of the divide respectively.

“For sinister reasons, Hon.Tim Kome Owhefere who is on his fourth straight term and already mulling a fifth, in cahoots with some leaders, chiefly, Rt. Hon. Leo Okuwe Ogor, has consistently waved off the chairmanship position to the other end so he could perpetuate himself in power all these years, no thanks to the support he has hitherto enjoyed from state house.

“The scheme being that, so long as the Chairmanship is out of his lot, he can snatch the House of Assembly seat.

“Thus, every elective position of note in Isoko north has oscillated between Ozoro and Owhe clans in the past eighteen years till date, also the Local government PDP Party chairmanship has being in Owhe clan since 1999 till date. This is the path they intend to continue with beyond 2023 judging by their plans to shove their preferred candidate on us.

“To them, the demands of the #ENDSARS protest which included a level playing ground for youths in politics was just a mere youthful shenanigan which is undeserving of any consideration. The recycling and perpetuating of themselves in power, while the youths queue behind them should continue as both the old and new normal.

“Sadly, this will not go unquestioned this time. Isoko north does not belong to Rt. Hon. Leo Okuwe Ogor and Hon. Tim Kome Owhefere alone. It belongs to us all. Whatever decision they take in this regard will amount to nullity

“Your Excellency, it is rumored that you have already endorsed their unholy move to shortchange Emevor, and Iyede, who make up the lot from which he hails from. We therefore humbly implore your Excellency to reconsider and outrightly discard this stance as it can only produce chaos which will not augur well for our party.

IRG, said that “currently, Iyede has shown strong interest in the chairmanship position”, alleging that Owhefere was trying to thwart their efforts apparently because of his fourth term ambition.

“We find absolutely no reason, whatsoever and howsoever, why Iyede should be denied the chairmanship ticket of the party when they have and delivered the third highest votes in the last gubernatorial poll which brought about your reelection. Also, they made the highest financial contributions in support of the party in the 2019 general elections and have continued to support your government and the party.

“On a final note, I am unsure what deception has been brought to your table, but be it known to you, sir that it is incumbent on you to stop this macabre dance of Hon. Owhefere and his cahoots from proceeding any further. It has no future, but a predetermined fatal end”.