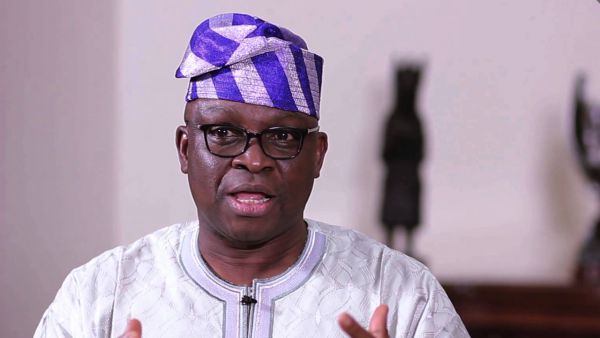 A court of appeal sitting in Ado Ekiti has directed the freezing of the account of Ayo Fayose, governor of Ekiti state.

The court allowed the appeal filed by the Economic and Financial Crimes Commission (EFCC) against the judgment of Taiwo Taiwo of federal high court, Ado Ekiti division.

The court had ordered the EFCC to immediately lift the freeze order on the two accounts belonging to the governor, saying the anti-graft agency did not follow due process.

According to Thecable, justice Taiwo had given the order while delivering his judgment, which lasted more than two hours, in a suit filed by the governor through Mike Ozekhome, his counsel.

The judge said the rights of the governor had been infringed upon, considering the circumstance of his office.

He declared that apart from the immunity which Fayose currently enjoys as a sitting governor under section 308 of the constitution, it was wrong for EFCC to freeze his two accounts in apparent perpetuity without first investigating him or making him a party.

He described Fayose as “a genuinely deprived person who rushed to the court to seek constitutional protection”.

The judge said it was also the duty of any presiding judge to protect the said constitution and its interpretations whenever the need arose.

“The plaintiff is entitled to be heard before his property or money can be seized; doing otherwise will amount to denying him fair hearing and constitutional rights,” he said.

The judge refused to grant other reliefs sought by the governor, including a perpetual injunction restraining EFCC or its agents from further tampering with his property.

The judge also refused to grant another relief asking for payment of N5billion as exemplary damages.

Related Topics:Ayo Fayose
Up Next