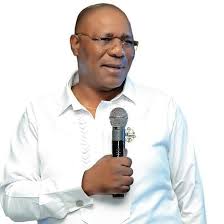 Industrialising Delta seems a tall order but here is a promise matched with Otuaro’s capacity to deliver! Admittedly, governments, especially of African states, have largely failed to achieve dream industrialized states. Even where resources, natural and human, are available for harnessing to achieve same, a leadership-driver that lacks requisite knowledge, will and penchant for historical achievements, could be the bane of development realization. States have also seen industries go moribund for sustainability challenges. Sometimes, lack of peaceful environment is the reason hampering the industrialisation process, as happened to several State and Federal Government efforts in Delta State, namely the Escravos Processing Zone (EPZ) Project amongst others. Crises have sadly forced oil and other companies to leave the delta with attendant flight of jobs!

Against the foregoing background, concerns may mount over Otuaro’s capacity to deliver on his Industrialized Delta mantra. Does Otuaro have the guts and grit? What are his antecedents that inspire belief in his capacity to Industrialize and Transform Delta?

Let us navigate a bit for answers through Otuaro’s socio-political trajectory, in no particular order. First, Under Governor Emmanuel Uduaghan, Otuaro made a Team of Technocrats that studied enabling instruments of establishments and industries in Delta State with a view to reviving and positioning such industries for better service delivery. The impressive report of that study is a workable template Otuaro can properly implement, haven shared in the rigorous intellectual exercise that produced it.

Despite his quiet mien, Otuaro’s skills to forge the necessary peaceful environment, his penetrating will and obsession with results set him apart as a man that can Industrialize Delta! Deltans, indeed Nigerians would not forget in a hurry, the risks Otuaro confronted in the creeks in a bid to arrest, at inception of the Okowa-led administration, the spate of oil pipeline vandalism by militants which sliced oil production and sadly eased the way to national recession! In achieving economic reprieve for Nigeria and hence improving developmental resources for Delta State, Otuaro, now a more competent and known peace scholar/expert, built on his capacity to tap on and aggregate human resources to achieve cessation of hostilities between his own Ijaw people and Itsekiri, close to two decades ago in then crisis-ridden Warri area. Additionally, within limits of power conferred on him, Otuaro as Deputy Governor parades a higher record of brokering peace on chieftaincy issues that would otherwise have torn apart various kingdoms across the state. Delta State, nay the Niger Delta, can only grow as preferred investors’ destination in the hands of Otuaro, a celebrated “Peace Ambassador of the Niger Delta”!

Execution of plans with vigour to achieve dreams and convictions is already second nature of the team player called Deacon Kingsley Burutu Otuaro. Along with committed comrades in the Chief (Dr) Bello Oboko-led Federated Niger Delta Ijaw Communities (FNDIC), Otuaro years ago as Secretary of FNDIC, constructively engaged the Federal Government during Obasanjo’s Presidency, for equal political space/inclusion of the Ijaw, resource control and environmental remediation. The result not only shot the Ijaw of Warri into political reckoning, it is thought in serious quarters to have contributed to shooting Ijaw up as Nigerian President in Goodluck Jonathan. Even the Buhari-led Presidency has had to engage him on occasion to secure release of kidnapped 6 Lagos School Students during the Governor Akin Ambode administration. Following this feat, Otuaro called for inter-state security collaboration in Akure in belief such would promote region-wide peace for prosperity-dealing activities.

Exemplification of the results-oriented will of Otuaro cannot be chronicled in one draft. The foregoing brief suffices to inspire belief that Otuaro can drive his set-out plan Industrialize Delta. Of utmost importance, however, is the reason for his palpable successes, in the past, present and the future, which he clarified on the day he inaugurated his campaign office in Asaba. Otuaro asserted: “My coming to government is by divine orchestration”. Governor Ifeanyi Okowa had severally agreed that “the choice of Deacon Kingsley Burutu Otuaro as my Deputy is beyond the ordinary”. In other instances, he posited God Almighty directed Otuaro to him as Deputy. Indeed, Okowa had also severally drawn a nexus between peace and revenue improvements for development to Otuaro’s loyalty and contributions towards a peaceful Delta State.

Way towards expressing his ambition to Industrialize Delta come 2023, Otuaro, as a loyal Deputy for the past 7 years, has been truly supportive of Governor Ifeanyi Okowa’s programmes which, he knows, provide foundation for an Industrialized Delta of his dream. An Industrialized Delta presupposes citizenry that has secured skills as provided by the ongoing STEP, YAGEP and other programmes of the Okowa/Otuaro administration. An Industrialized Delta presupposes across-the-state Technical Colleges (currently being built) and relevant courses in Universities to provide the technical know-how to run the industries. An Industrialized Delta require steady power, the like supplied by the current IPP project on government establishments, which demonstrates possibility of a statewide application by the go-getter that the incoming Otuaro has proven to be over the years. Indeed, the Kwale Industrial Park and the Aniocha Agro-Industrial Park projects hold promise of replication for industrial growth and agricultural manufacturing processes upon securing more peace across the Delta landscape!

If as attested to by Governor Okowa himself that God indicated Otuaro as his Deputy, the unmistaken God Almighty has a purpose and will perfect Otuaro’s God-fearing efforts and ensure he achieves Industrialized Delta as Governor. The concomitant prosperity will guarantee security and welfare of the people which is the primary object of government!.

THE CHIOCE BEFORE DELTA PDP DELEGATES, BY SIMON MOZEA