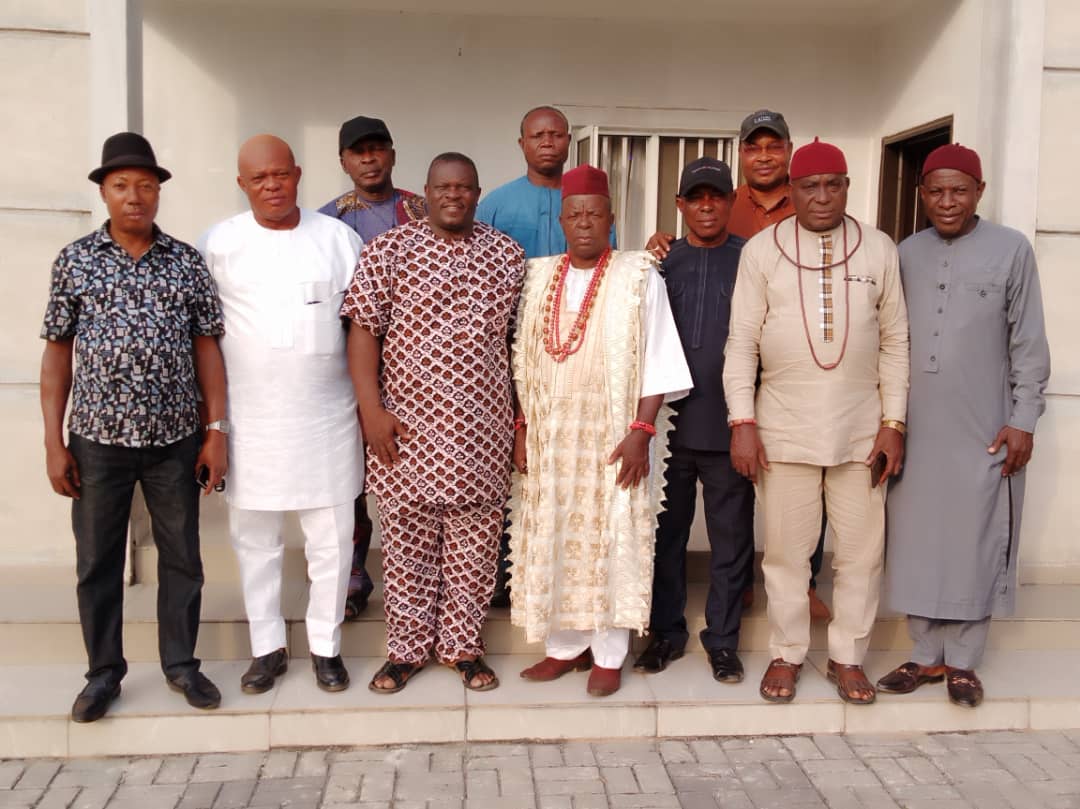 The Deputy Speaker and member representing Ukwuani State Constituency, in the Delta State House of Assembly Rt. Hon Ochor C. Ochor, has admonished the President-Generals of the nine clans in Ukwuani Local Government Area, to carryout activities that will bring development to their various communities.

The Legislator gave the advice during a courtesy call by the President-Generals in his country home in Umutu, on Thursday, January 6, 2022.

He pointed out that though the government had much to do in the development of the communities, as its being done under the leadership of Senator Ifeanyi Okowa, the communities, through the various development unions or committees, have much to contribute, especially in the area of peace building.

“I will ask you continue to contribute to the sustenance of peace in your various communities, you have been doing that, but I have to encourage you to do more, do not be tired.”

“Development of a place most times is left in the hands of the government of the day, which you will agree with me, our amiable Governor, Senator Ifeanyi Okowa had done by touching many communities in Ukwuani development project, such development, we all know, will not be sustained without the communities, which as leaders of the development unions you have very vital roles to play.”

He also used the occasion to reinstate his New Year Message to the people of Ukwuani, that he will continue to join his colleagues to always legislate on laws that will promote good governance in the state, which he knows will be of great benefit for the people of Ukwuani.

“In my New Year Message, I spoke of many things, giving the people of Ukwuani hope for the year 2022, and I meant it when I said, there will be a divine intervention this year for the people of Ukwuani. But moving from that, I also said that I will continue to join my colleagues in the hallowed chamber to legislate on laws that will bring good governance, which we all know is the bedrock for good development”, he said.

Earlier, the leader of the group, Comrade Lucky Agalaga, intimated the Deputy Speaker that their visit was to felicitate with him for the new year and to give their support to him as the political leader in the area as well as show same support to the State Governor, Senator Ifeanyi Okowa.

They promised to work with the traditional institutions in their various communities to ensure peaceful co-existence in the area.