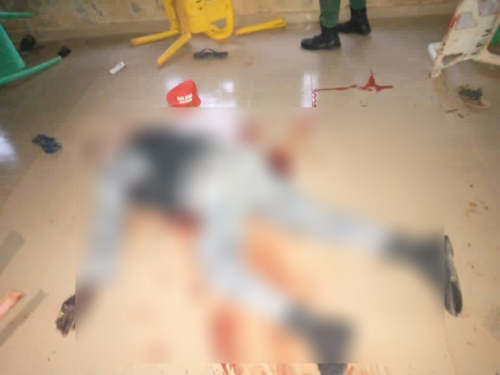 According to reports, Soludo was in the community for an interaction session on his governorship ambition.

Anambra State Commissioner of Police, Mr. Sunday Kuryas, confirmed the bloody attack on Soludo, a frontline aspirant in the November 6th governorship election in the state.

He explained that the details are still sketchy but reports from his men in the area said some gunmen stormed Isuofia Townhall where Professor Soludo was having a meeting with the youths of the community.

In the ensuing bloody confrontation, the police boss explained that three policemen were gunned down while the state Commissioner for Public Utilities, Emeka Ezenwanne, was taken away by the gunmen, according to reports in TheNewsGuru.

The police commissioner also assured residents of the state that every detail about the incident will be made public as they unfold.