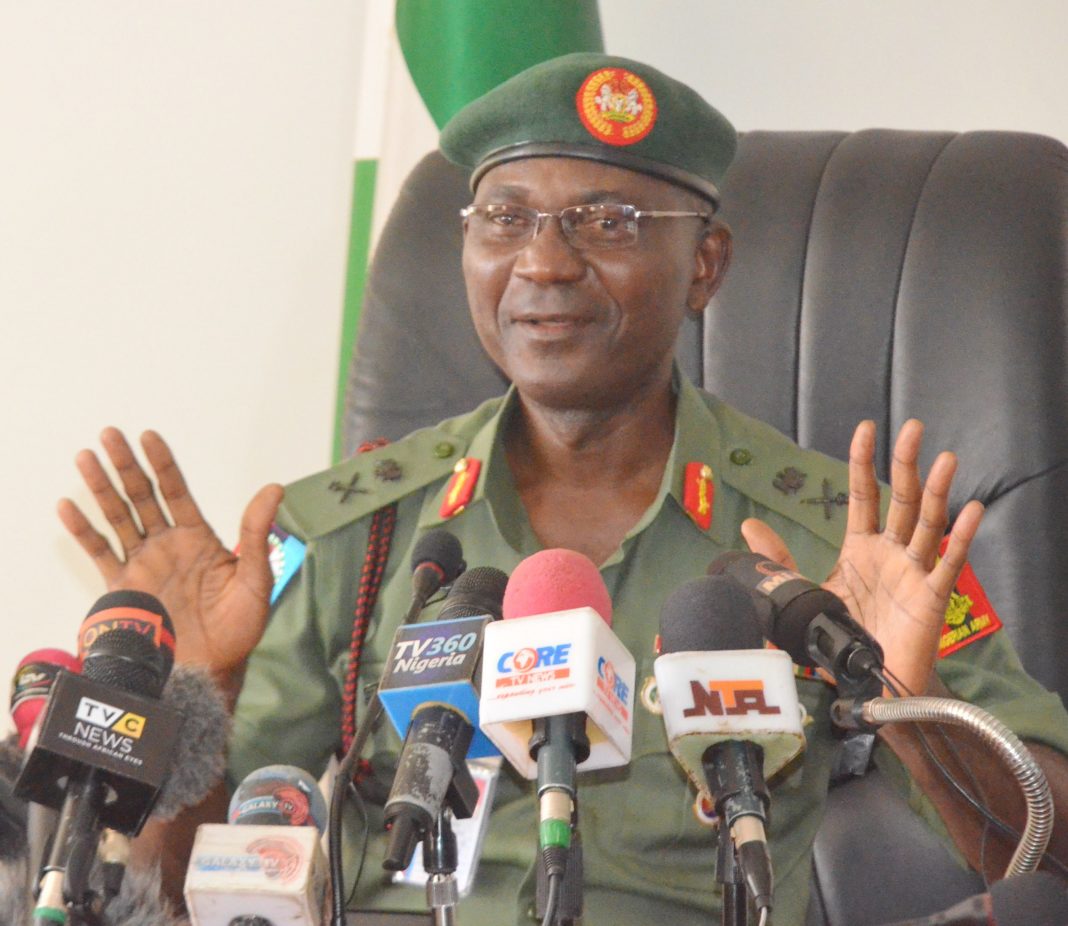 The defence headquarters has taken a swipe at Bello Matawalle, governor of Zamfara, and Aminu Bello Masari, his Katsina counterpart, after the duo had separately claimed the Miyetti Allah Cattle Breeders Association of Nigeria (MACBAN.), played a major role in negotiating the release of all 344 abducted students of Government Science Secondary School Kankara, Katsina state.

BIGPENNGR.COM understands, in what appears like a counter claims, the defence headquarters, in a statement on Friday by its spokesman, Maj. Gen. John Enenche, said the military rescued all the captives, saying “the members of general public who volunteered information are also appreciated”.

He said the students were rescued “on the heels of credible intelligence by the gallant troops”, with high degree of professionalism to ensure they were all rescued alive.

“Keeping to its promise to ensure the safe return of all abducted students of Government Science Secondary School Kankara, Katsina State, troops of Operation HADARIN DAJI rescued all 344 abducted students on Thursday 17 December 2020,” he said.

“The Military High Command commends troops of Operation Hadarin Daji including all security agencies for their dexterity.”

The DHQ made the claim in a statement on Friday, titled, ‘Troops of Operation Hadarin Daji rescue abducted students of Government Science Secondary School, Kankara, Katsina,’ after President Muhammadu Buhari had met with the students who spent six days in captivity.

Meanwhile, the Nigerian Air Force had also stated how it provided persistent air presence to ensure the safety of the pupils. NAF highlighted its roles in a series of tweets on Friday.

NAF tweeted, “344 boys abducted from GSSS Kankara, Katsina State on 11 December 2020 were safely returned to the Katsina State Government House this morning, escorted by a combined team of personnel from various security agencies with air cover provided by @NigAirForce.

“From the time of the incident, @NigAirForce deployed additional ISR and other air assets to provide persistent surveillance over areas of interest in Katsina and Zamfara states, whilst maintaining offensive air presence to deny the abductors freedom of action.

“Medical personnel were also part of the Team that provided immediate medical care to the boys after their release from the forest. Additional @NigAirForce Special Forces personnel were equally deployed to provide support.”