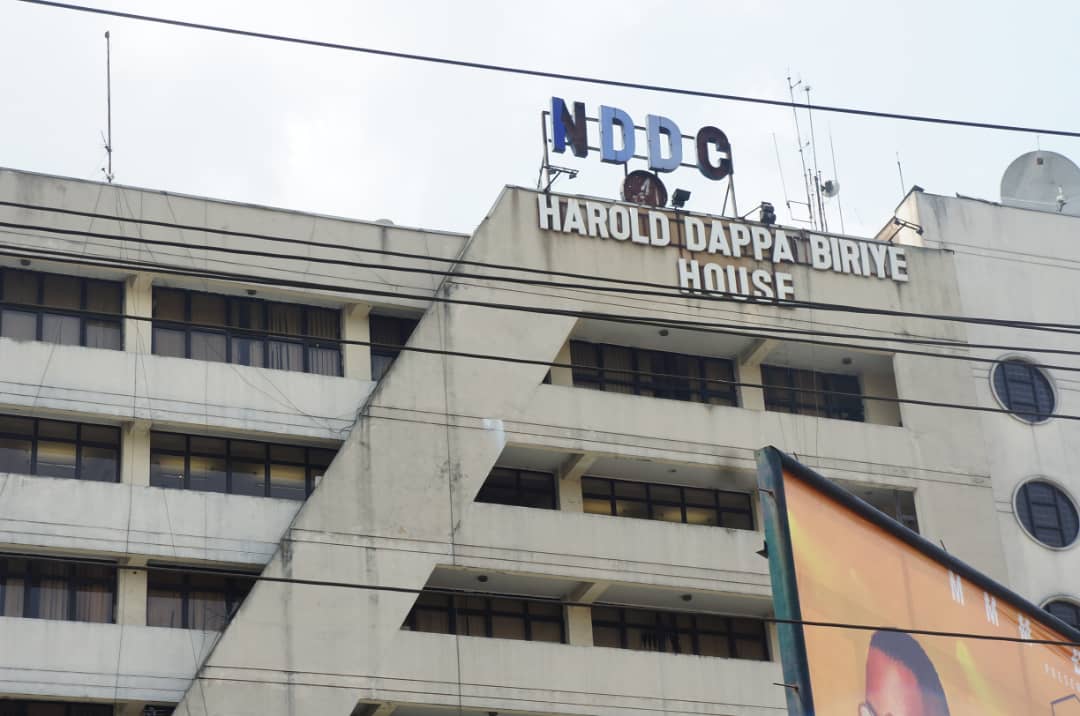 The Federal Government has inaugurated the newly constituted Board of the Niger Delta Development Commission (NDDC), calling for an end to haphazard development in the region.

The Secretary to the Government of the Federation, Boss Mustapha, while speaking during the ceremony in Abuja, said the government expected that a new page would be opened by the inauguration of the board.

Mustapha who was represented by the Special Adviser to the President on Policy and Coordination, Habiba Lawal, said: “It is also the expectation of the government that the development of the Niger Delta will henceforth, not be haphazard; it will be full-time and full-blown such that Nigerians within that heart of the country will benefit from the institution – Niger Delta Development Commission.”

Mustapha further said the government also expected that the board members will bring their experience to bear and ensure equitable development within the different states of the Niger Delta.

“We urge you to ensure compliance with government regulations, procedures, processes and extant rules and regulations.

“We also expect the management to take into consideration in any endeavour, the full procedures in the Public Procurement Act, the Public Service Rules, the Financial Regulations in ensuring that they give good governance and give an accountable leadership within the time of the governing board of the Niger Delta Commission,” Mustapha also said.

While congratulating the board, Mustapha added that the government hoped that the confidence reposed in the new board would be reaped shortly.

In his remarks, the Minister of Niger Delta Affairs, Umana Okon Umana, said the inauguration was a welcome event to stakeholders in the Niger Delta project.

Umana also said President Muhammadu Buhari approved the constitution of the Governing Board of the NDDC in line with section 2 (1) of the NDDC (Establishment) Act 2000, and the event was witnessed in fulfilment of the President’s promise that he would put in place, a new board for the commission after the conclusion of the forensic audit.

He added that the forensic audit into the activities of the NDDC from inception to 2019 was a response by the Federal Government to the feedback received from state governments of the Niger Delta region.

“As you may all be aware, the forensic audit had been concluded and its report submitted to the government. While the White Paper on the report of the forensic audit is being awaited, some of its recommendations, such as the constitution of a new board for the commission, are being implemented.

“The tasks before the new board shall include a faithful implementation of the recommendations of the report of the forensic audit. Besides the findings of the forensic audit, government has received numerous petitions alleging irregularities in employment in the commission. The new board will have to look into these allegations of irregular employment from 2019 and follow up on the ongoing personnel audit in the commission to make sure that all cases of employment during the period under review were in accordance with extant rules and regulations of the service.

“In executing the mandate of the commission, the Board and Management of the NDDC are to note that in a letter of 29 September 2019, the President had: “(a) Delegated to the Honourable Minister of Niger Delta Affairs, the powers and duties conferred on the President by section 7(3) of the Niger Delta Development Commission (NDDC) Act” [and] “(b) Directed the Board and Management of the NDDC to carry out their activities under the supervision of the Ministry of Niger Delta Affairs.” I believe the intent of the President’s letter as quoted above is self-explanatory,” Umana said.

Umana also said the new management is to further note that it must strictly adhere to the relevant provisions of the extant rules in the service, particularly compliance with procurement thresholds as enshrined in the Public Procurement Act of the nation, and abide by the operating financial regulations to ensure prudence in the management of the limited resources.

“Every contract above the threshold of management is to be referred to the Ministerial Tenders Board and the Federal Executive Council. Any breach of contract approval limits will attract severe sanctions.

“I also urge you to shun the impulse for the award of spurious and indiscriminate new contracts and suggest that you instead focus on the completion of ongoing projects to better serve the people of the region and deliver on the mandate of the NDCC, thereby helping to repair the negative public perception for the Commission,” Umana further said.

Also speaking, the Chairman of the Board of the NDDC, Lauretta Onochie, said since its establishment by the NDDC Act, the NDDC has received a lot of flack from all and sundry.

Onochie disclosed that the board will be looking to review also, in addition to all the guidelines issued by the Minister of Niger Delta Affairs, the existing policies and guidelines to enable the board to have a clear sight as it hits the ground running.

“We cannot continue working with failed templates and expect to get a different result.

“Apart from the physical development of our region, we will be paying extra attention to the empowerment of our teeming youth population, equipping them with requisite skills to enable them to catch up with their pairs in other parts of Nigeria and elsewhere,” Onochie said.

While noting that there was a huge task ahead of the board, Onochie asked for the support of Nigerians and the Niger Delta in particular.

She further asked that the board be given a breathing space to generate great ideas that will bring about the desired change in the region.