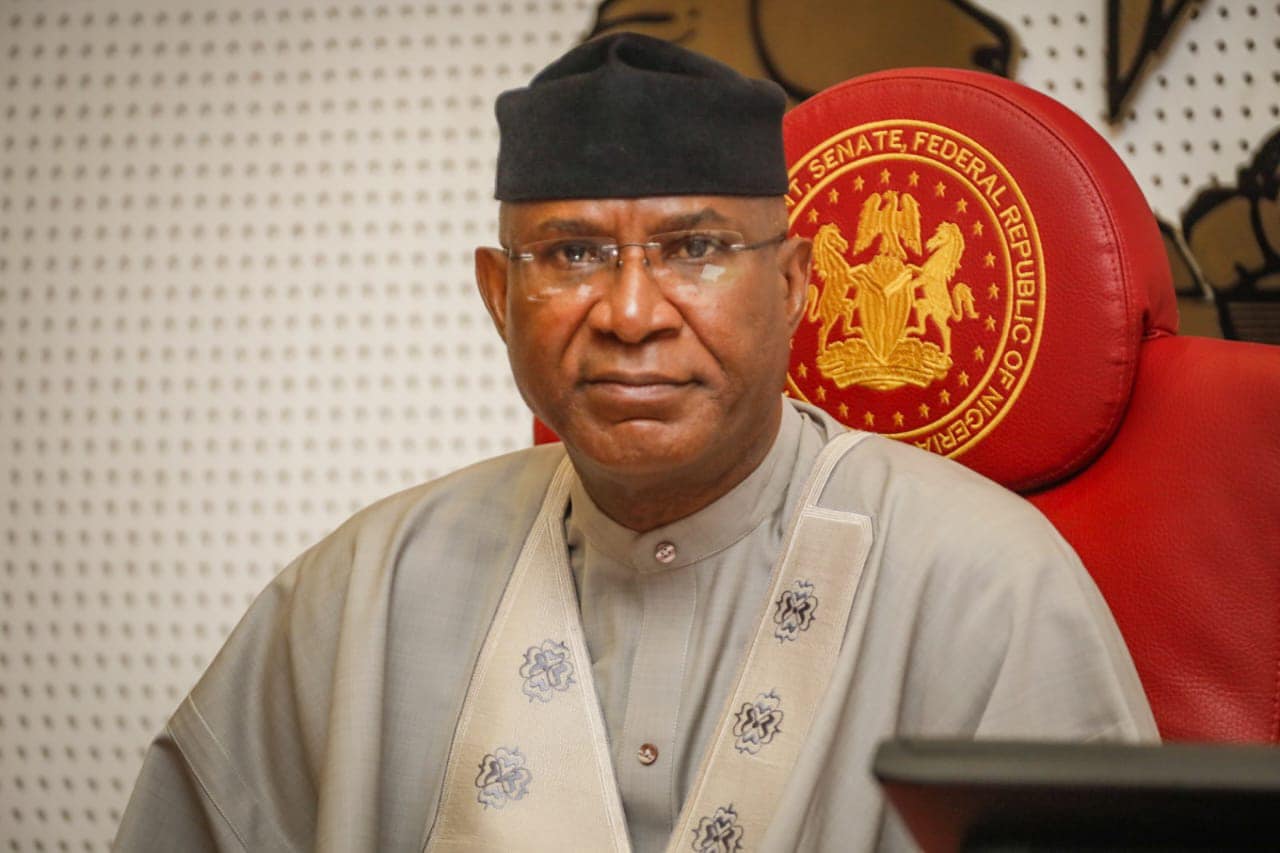 Senator Ovie Omo-Agege, the Deputy President of the Senate and an All Progressive Congress (APC) Delta state governorship candidate, has launched yet another salvo at the Governor Ifeanyi Okowa-led administration. He also mocked the PDP governorship candidate, Rt Hon. Sheriff Oborevwori, saying that his bid was a bad one for the state because, in his opinion, it embodies all the flaws in Okowa’s administration over the past seven years, including incompetence, poor judgement, and mismanagement.

According to www.bigpenngr.com, Omo-Agege attacked the PDP governorship candidate and the Okowa administration while releasing his 60-page manifesto, titled “EDGE to Build a New Delta (BAND),” which he claimed “covers critical areas of governance that would drive our agenda when elected governor in 2023.”

In a salvo directed at Okowa, Omo-Agege asserted that the problems that Delta state was experiencing under Okowa’s rule were directly related to poor leadership, misplaced priorities, pervasive incompetence, and even corruption.

“The offer of PDP in the 2023 gubernatorial elections in the person of Rt. Hon. Sheriff Francis Oborevwori is a bad one for Delta State, because it exemplifies incompetence, bad judgement and everything that went wrong in the past seven years.

“Delta State deserves better.” We must reject leaders who will not be independent of Dr. Ifeanyi Okowa and the cabal that brought us to this sorry point. For Deltans to get out of these problems and return to a path of economic prosperity, there must be change that offers progress beyond mere promises. With my record of public service, my candidacy represents and offers that change,”  he enthused.

Omo-Agege asserted that if you examine every Delta State village, town, city, and local government area—including the riverine regions—you will regrettably discover that the state has lagged behind in every measure of socioeconomic development and economic prosperity under the Okowa administration, emphasising that more than N2.8 trillion have been frittered away over the previous seven years.

The Deputy President of the Senate alleges; “Okowa’s government alone has swallowed up well over N2.8 trillion in seven years. We are all Deltans here. Do you see anything on the ground that is commensurate with that receipt?

From Asaba to Warri and surrounding areas, Ughelli to Udu, Sapele to Effurun, Koko to Oghara, Agbor to Ukwani, Ndokwa to Abraka, and other areas of the State, according to him, there is extreme poverty and deteriorating infrastructure.

Omo-Agege further asserted that, in contrast to other Niger Delta states with comparable FAAC and IGR revenues, Delta is plagued by subpar or nonexistent infrastructure. The PDP government, he added, has left the State’s riverine areas to fend for themselves.

“Even the few projects that exist are poorly executed. The net effect is that the state looks like a giant junkyard. Most of the roads and structures purportedly executed by the Okowa government in the last seven years have failed and, in many instances, outrightly collapsed.

“Many such failed projects that litter the State are being recycled and re-awarded to cronies without a visionary and credible plan for sustainable infrastructural development.

“Recent examples include the back to back collapse and fire in sections of the Stephen Keshi stadium, Asaba, that for the grace of God, could have killed several Deltans; the dilapidated and failing Effurun roundabout flyover, the derelict Warri township stadium and scores of road projects across the State, just to mention but a few.

“Gentlemen of the Press, while other States in the Niger Delta and elsewhere are celebrating shiny milestones in infrastructural development, human capacity development, healthcare, education, sustainable economic development, good governance, and improved institutions, the people of Delta State are shell-shocked; benumbed by the sheer audacity of Okowa and his co-travellers as they daily bring the state to its knees.

“Even sadder is fact that the governor has been going around borrowing with reckless abandon, making the State one of the most indebted in Nigeria even with its monumental FAAC allocation and 13% derivation revenue as an oil producing State.

“Today, there are strong reasons to believe that monies meant for the development of Delta State are now being channeled to fund the ill fated ambition of Governor Okowa to become Vice-President of Nigeria in 2023 by every means. Just go around the State.

“The poverty and frustration inflicted by this government on Deltans over the years are palpable and scary. Insecurity, low quality projects, lack of vision to revive the economy of the State, misplaced priorities in governance, corruption, nepotism, government waste, incompetence, and lack of accountability are pervasive and profound.

“The PDP government has no clear ideas to create programs and promote policies that support innovation and entrepreneurship. Our working class, our women, and youths are cast adrift without as much as even a paddle. And in the 21st century, life remains nasty, brutish and short for many Deltans.

Omo-Agege expressed regret that, under Okowa’s administration, “We surely can do better than our label as the “Keke” capital of Nigeria because of what this government has done, and even more, failed to do.”

He pledged to revive the ports in Warri, Koko, and Burutu to support the economic transformation of Delta State, attract other federal projects, and influence policies favourable to the State. The new slogan today is “see Delta and cry”-from Delta North to South and Central, tears come to your eyes”.

He claimed that Oborevwori’s nomination was an insult to the sensibilities of Deltans, though he described Oborevwori as merely a clone of Governor Okowa’s ineffective and corrupt PDP administration.

“The handpicked PDP candidate, Rt. Hon. Sheriff Francis Oborevwori is a mere clone of Okowa, because like his master, his middle name is incompetence.”

“By his background, or the lack thereof; and public record, or lack thereof, the PDP candidate would be a human disaster in Government House.

“His nomination, championed by an inept and corrupt PDP administration, is an insult to the sensibilities of Deltans.

“Delta State should not leave its destiny in the hands of a man who has no mind of his own and will continue to be Okowa’s stooge even as governor,”  Omo-Agege said of Oborevwori’s candidacy.

According to www.bigpenngr.com, as of the time this report was submitted for publication, neither the Delta state government nor the PDP had responded to Omo-Agege’s tirade.