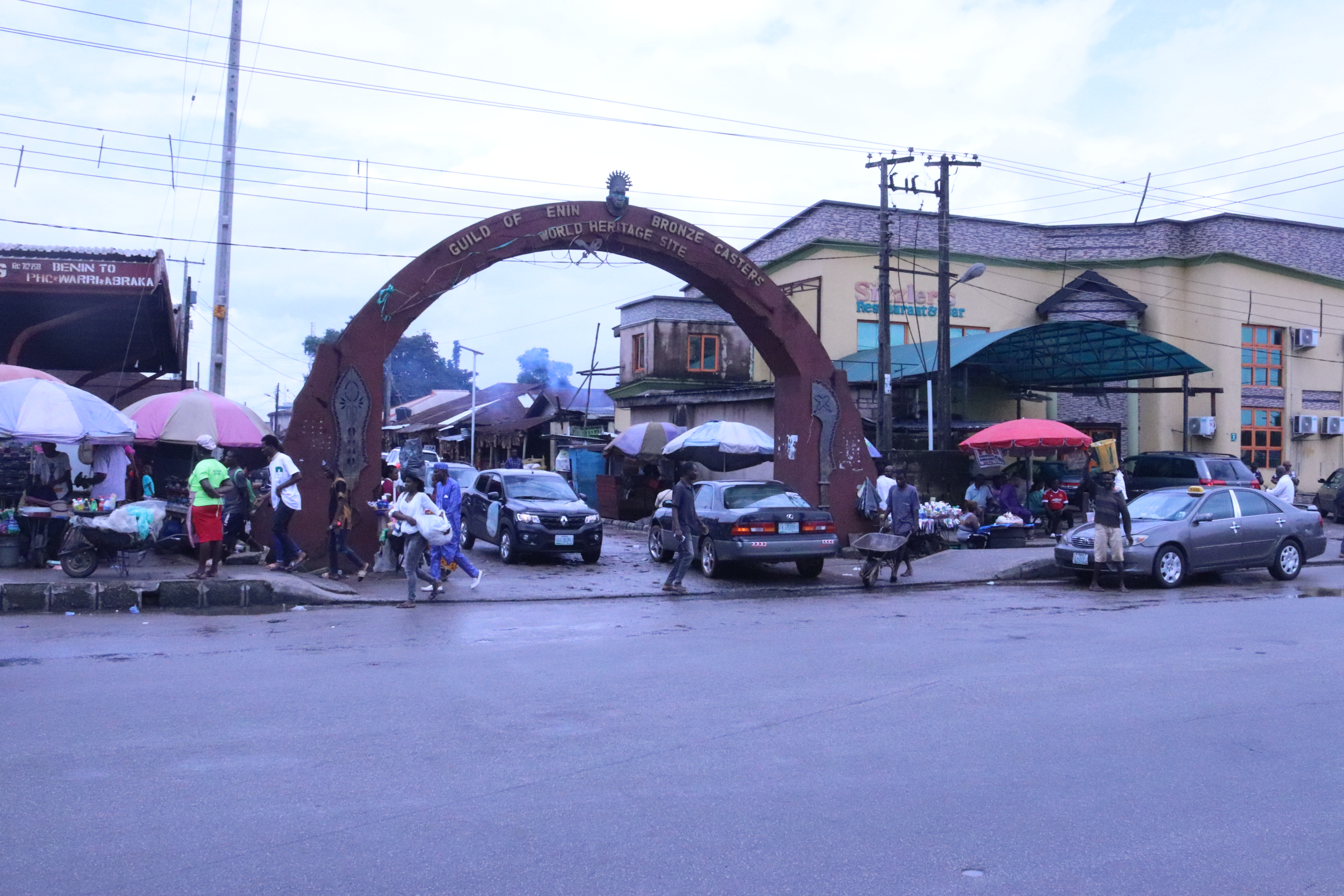 Wisdom Ewaen Aigbe grew up around the art of bronze casting. He could barely tell his left hand from his right when his father started to teach him the craft, and he never looked back. Now a grown man with his own family, he knows every aspect of the art. And that includes sourcing materials to form the figurines in wax and clay to casting figures that fascinated the colonisers so much they stole thousands.

“The Aigbe family to which I belong are from the Inneh family. That is the head of the Guild of Bronze Casters,” says Aigbe, who comes from a long line of bronze casters.

He is not just enthusiastic about his work; he is eager to speak about it and does not need a lot of prompting. Bare-chested on this cloudy Sunday afternoon on the iconic Igun Street in Benin, he is one of the few bronze casters at work. His brother Emmanuel and cousin are with him. They are working on the wax figures that will fill out the clay moulds into which the bronze will flow. There is a second workstation at the back of the house where men are putting the finishing touches to all kinds of bronze figures, large and small.

Aigbe, whose visage of cheerfulness speaks of his love for the craft, laments that young people have no interest in it.

Aigbe, who is aware, like the rest of the craftsmen on the street, that there is a groundswell of support for the return of the Benin bronzes taken away during the expedition of 1897, says the only difference between the looted artefacts and the ones being made today is that “our forefathers made those ones while we are the ones making these ones.”

According to him, since the great grand-child of Captain Phillips – famed for leading the ill-fated expedition in 1897 – returned a figurine in the shape of a bird used like a gong during festival times, it created a lot of awareness and people have been coming from overseas to buy the artefacts.

Speaking on how he feels about the return of the ancient artefacts, he says the fundamental truth is that he should feel happy.

“Before now we have been agitating for the return of the bronzes. We have been agitating. Press people have been coming, even the German TV came here to interview us. Some of the things we also discussed with them is the need to get those things back.” Aigbe says as he takes the reporter on a tour of the courtyard in his house where he keeps the finished works.

Some of the works lying on the cement floor are replicas of bronze pieces carted away as spoils of war after the infamous punitive expedition that sacked the palace during Oba Ovonramwen’s reign. The craftsmen, who said they have worked mainly from imagination, explain that it would be nice to see the originals.

“We are also doing our best to try and get (close to) the originals that were taken away when we produce new ones because most of those things, we only see them in pictures and we might not necessarily get the full details. But thank God that Benin people have been doing research to try and get the full details so that when we reproduce it, we are giving you the exact job,” he says.

Aigbe is not done. He has a word on what he calls the “controversy” over where the artefacts would be housed when they return. Should it be at the palace, the Royal Museum or the Edo Museum of West African Art (EMOWAA)? 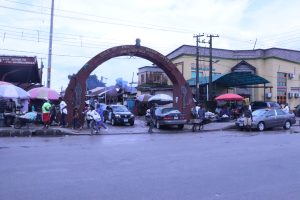 “I feel very bad over the controversy that arose following the announcement of the return because it ought not to be so. I think it is just a communication gap between the government and the Oba… But I think they can iron out their differences,” he says.

Aigbe’s words are uncannily similar to those uttered by Prince Bamidele Obaitan, the Edo State Commissioner for Arts, Culture, Tourism and Diaspora Affairs later that afternoon.

“When you look at what Edo has to offer the world,” the Commissioner says in response to where the works should be kept upon return, “It is bigger than just the artworks. Yes, we have our artworks and the proposed museums that are going to come. There is room for plenty of museums. The Governor supports multiple museums. The bronzes are being returned from multiple countries of the world and we are happy about that. But to some extent, because they have been exposed to the world, yes, the world is interested in them and that is why it is really important right now that we must strike when the iron is hot.”

He says there is a lot of attention being given to these bronzes worldwide in the art circles and even in the entertainment circles, as everyone is focused on what is going on with these Benin bronzes. “So, why don’t we leverage all this attention to bring people here? It is our responsibility and our duty to take control of the narrative and put it out to the world accurately. So, that is what we are going to do. We keep saying ‘Edo to the world,’ and we mean it”. For Dr Victor Okhai, president of the Directors’ Guild of Nigeria (DGN) and who is from Edo state the matter is dicey because building a museum is not the issue, it is sustaining it. “The current government may mean well, but the question is, when they leave, what happens? I fear that an incoming government may not catch the vision or that it may not be their priority. You may even get somebody coming in to say it is idolatory.”

His words echo concerns across the world. As such, it comes as no surprise that some prefer to keep these works abroad, rather than lose sleep over how such precious objects would be cared for in Nigeria. Independent platforms like EMOWAA may well be the answer as President Buhari noted in his well-received Financial Times op-ed where he noted that: “In 2025, a new museum will open to showcase the treasures of the Kingdom of Benin. Designed by Ghanaian-British architect David Adjaye, the Edo Museum of West African Art will sit in Benin City, the former capital of the Edo kingdom. But without the return of more bronzes held in the west, we may struggle to fill the museum.

With big plans to secure and care for these objects host public exhibitions and facilitate research and capacity building, EMOWAA proposes to address the very questions raised by the honourable Commissioner and president of the Directors’ Guild. Yet, until its take-off, the quiet debate on Igun Street continues. Outside on the two and half kilometre stone-paved Igun Street which has been designated a UNESCO heritage site, milling visitors bask in the history and legacy of the bronze makers’ haven. Those who have come with money are disappointed to see that the shops are closed today on this street that is located a stone’s throw from the Oba of Benin’s Palace, the historic moat and the Oba Akenzua Cultural Centre, a remarkable masterpiece designed and constructed by the artist and master builder, Demas Nwoko. Not far away is the Benin branch of the National Museum.

This is called the culture district but only in name for now, because it is obvious that without proper museums like the Oba of Benin’s well-intentioned Royal Museum and EMOWAA and well run souvenir shops the district will never fully live up to its potential.

“If to say we get better museums and proper shops, all this people wey wan buy something go see where to spend their money,” a young bronze maker from Aigbe’s shop says as he sees me off.