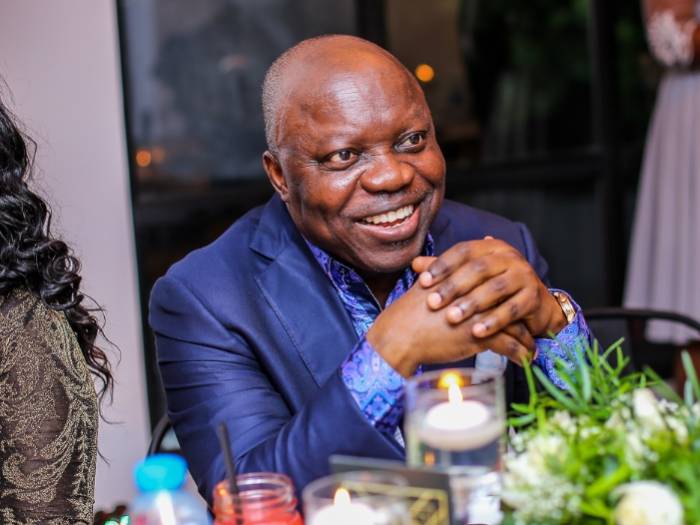 Dr. Emmanuel Uduaghan, the immediate past governor of Delta State, declared on Saturday that opposing the People’s Democratic Party (PDP) in the state, Alhaji Atiku Abubakar for president, Dr. Ifeanyi Okowa for vice president, Sheriff Oborevwori for governor, and other PDP candidates in the general elections of 2023 would be immoral, demonic, and spiritually wrong.

According to www.bigpenngr.com, Uduaghan made the assertion at a meeting of Delta South leaders and stakeholders that was held at his home in Warri, Delta state, to launch the party’s Ward-to-ward campaign for the general election of 2023.

Uduaghan, who had solicited support for the party’s candidates for governor, Rt. Hon. Sheriff Oborevwori and Sir Monday Onyeme, said in his remarks that the Atiku/Okowa ticket would more favourably impact Delta than any other.

The former governor’s position, which has caused controversy, was a departure from earlier concerns and worries that he and former Governor James Ibori might not support the party’s governorship candidate in the state, Oborevwori, who is still at odds with David Edevbie, Ibori’s pick.

Uduaghan urged disgruntled party members—some of whom sided with David Edevbie during the party’s governorship primary and aspirants who ran for various positions during the party’s primaries but were unsuccessful—to stay in the party, noting that it would be better for the State to support Dr. Ifeanyi Okowa, the party’s vice presidential candidate, rather than working for someone else.

Uduaghan also urged the party’s national and state leaders to work together in order to win the general elections the following year.

He stated that the meeting was conciliatory in a number of ways before switching to pidgin and pleading, “I want to beg us. Make we be like water. Water nor get enemies. When you quarrel, fight and God says this is what I want, let’s respect that position.”

Dr. Uduaghan stated that despite all odds, Deltans should be grateful to God for the opportunity to have one of their own serve as Atiku Abubakar’s running mate.

“We must thank God that we are privileged to have Okowa from our state on the presidential ticket, and we have no option but to support that ticket because of him. We must all line up behind him and give him our support.”

He clarified that although there would inevitably be conflicts within a family, it did not follow that family members should start killing one another.

He asserted, “We have no choice but to support him (Okowa).” No one from our state has ever served as vice president.

“We must all line up behind him and give him the maximum support.” Ibori is our national leader. “Virtually all of us are still members of that family.”

Continuing, he said; “We must all come together and deliver our candidate.” I am saying this with all seriousness and from the bottom of my heart. I am old enough in the politics of Delta State to assess people, so I know those who are sincere and those who are not sincere.

“I am saying this from experience, and that’s what will happen. If you deliver a new candidate he will satisfy his people first before you”.

“So it is better to deliver your own and be able to confront him, if you worry him, he will attend to you but the other one could be difficult to confront.”

“Going down the line, we have our senatorial candidate, not so? Many of you know I was interested in that position, but I didn’t get it. As I didn’t get the ticket last time, have I died?. It will be morally, spiritually, and devilishly wrong for us to work against them.

“Let us put a story together that will make the party move forward.”  What I have seen in politics will shock you. People have come to my house to collect money and say we are with you and got money but left and do something else. So they have not yet spent the money they collected from me?. So people will do abracadabra and say it is normal politics, but that is wrong.

“Such people do not advance politically.” I want to appeal for us to concentrate on our voting unit and wards. PDP is the party on ground in this state. The governor has a lot to do outside the state and he also has enough men in the state to hold the state for him. We have a lot of leaders to deliver for us.

“I want to appeal to us to put our differences outside and put together what can make us victorious as a leading party in this state.” A Lot is going on but I don’t want to go into details”, the former governor continued.

He urged the party faithful to mobilize aggressively for the 2023 general election to be able to deliver PDP candidates, saying that the Bi-model Voters Accreditation Machine System (BIVAS) has changed the nature of the country’s electoral system.

Earlier, Hon. Julius Takeme, the PDP chairman for the Delta South Senatorial District, declared that the party was prepared to launch election campaigns, which will get underway on Monday, November 14. He urged party members in the 87 wards in the district to get ready.

Takeme praised Dr. Uduaghan for acting as a father figure to each one of them, particularly in the Delta South Senatorial District.

In the meantime, Rt. Hon. Funkekeme Solomon, Director-General of the PDP Campaign Organisation in Delta State, has urged party members to work together to win the upcoming elections.

After being accused of betrayal, he pleaded with Dr. Uduaghan to pardon party members for their transgressions, saying, “Your Excellency, please pardon us for our sins. Many of us have offended you in some way.