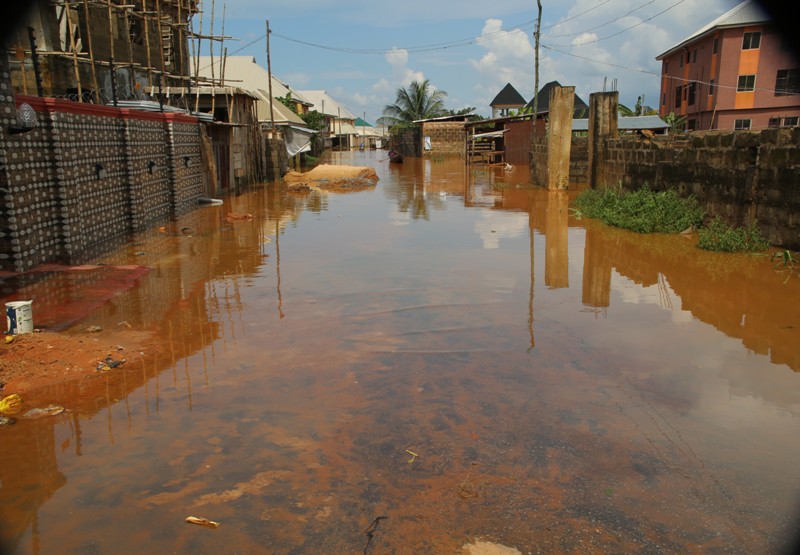 Flood damage has persisted, causing extensive destruction in no fewer than eight states.

About 14,496 farmlands in five local government areas in Kano were reportedly affected, according to the National Emergency Management Agency (NEMA).

Mustapha Ahmed-Habib, the agency’s director general, revealed the information on Tuesday while visiting the affected communities in the state’s Warawa and Wudil councils to assess the damage.

In order to assist the victims, President Muhammadu Buhari has ordered the agency to assess the damage.

“We came for an assessment tour at Wudil, Gishiri Wuya and Larabar Gadon-Sarki but due to the nature of the road we had to stop,” Habib said.

The NEMA boss said the agency would submit a report of the exercise to the Ministry of Humanitarian Affairs, Disaster Management and Social Development, noting that the government would provide intervention to support the victims and mitigate the effects of the disaster.

In Niger, about 500 buried bodies were washed out.

People of Mariga town of Bariga Local Government Area were said to be searching for the bodies, the chief Imam of the community’s central mosque, Alhaji Alhassan Na’ibi, told the News Agency of Nigeria (NAN) on the telephone on Tuesday.

He said, “We are now searching for over 500 corpses buried in a cemetery in Mariga Town who we believe were washed away by the flood.”

Chairman of Toto Council of Nasarawa State, Abdullahi Aliyu, said 17 communities in the area have been flooded following torrential rainfall on Tuesday.

Aliyu visited some of the affected communities to assess the level of the devastation.

“It is unfortunate that the flood has wreaked havoc in Umaisha Development Area and submerged over 17 communities and destroyed properties worth millions of Naira including houses, farmlands, schools, and clinics, among others,” he said.

The residents appealed for help, according to report in The Nation.

He said an agriculture insurance scheme for farmers will help in dealing with their losses.

He spoke on NTA Live on flood management in Nigeria.

“What is important for farmers is the Agricultural Insurance Scheme, so that, apart from what NEMA provides and what state governments provide, if farmers are able to join the scheme, I think it will reduce a lot of havoc we are having now.”

“But in Nigeria, Agric Insurance Scheme is almost nil, otherwise, the scheme in itself, will be a source of attending to these kinds of problems for farmers,” he said.

The governor also called for construction of dams, saying they “could help reduce the effects of floods on communities significantly.”

Some farmers in Rivers, Cross River, Edo, Bayelsa and Delta states also bemoaned their huge losses of agricultural products and farmlands due to flooding, resulting in waste of resources, hike in food prices and food insecurity.