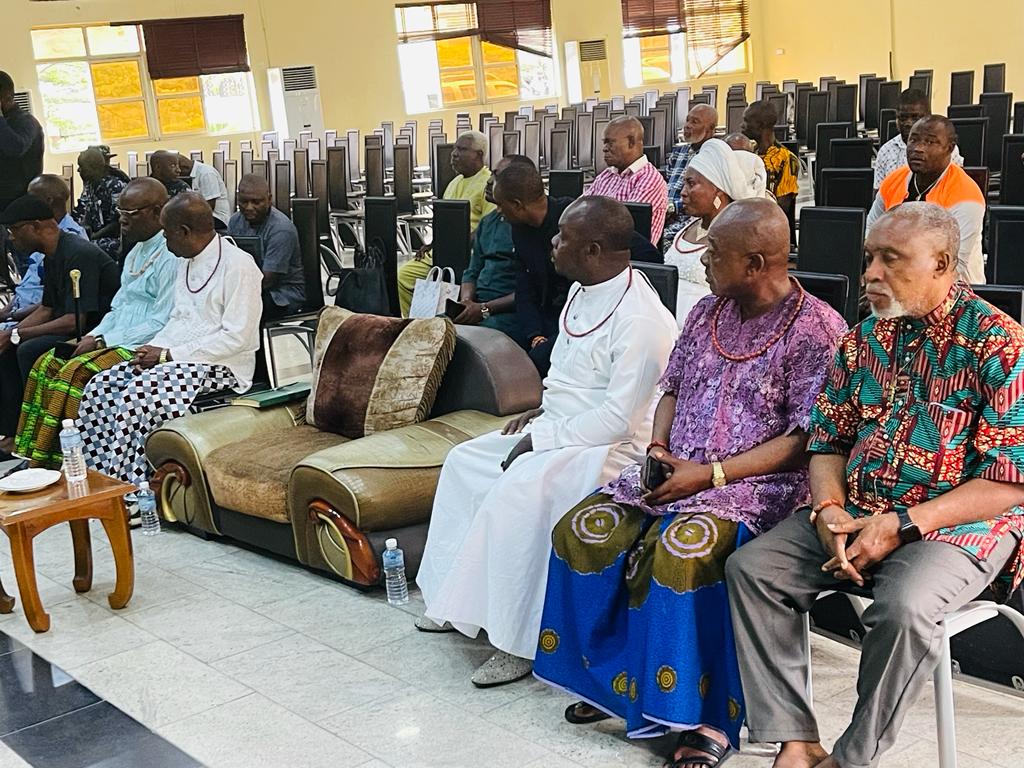 Aladja and Ogbe-Ijoh, two warring communities in Udu and Warri South-West Local Government Areas of Delta State, have been asked to put down their weapons after agreeing to a peace truce and sheathing their swords.

They were urged to start the process of voluntarily handing over to the security agencies any weapons and ammunition still stored in their communities in the peace agreement that was signed by the leaders of the deputed communities.

This was part of the agreement reached by the feuding communities at the weekend peace talks held between the two communities at Warr’s Government House Annex.

At the meeting, which was presided over by the Special Adviser to the Governor on Peace Building and Conflict Resolution, Hon (Chief) Edwin C. O Uzor, were the local government chairman of Warri South West LGA, Hon Taiye Duke Tuoyo, the commissioner of the Delta State Police, CP Ari Muhammed Ali, and the vice council chairman of Udu LGA, Barr. Eloho Awinoron.

At the meeting were also the DPOs of the Ogbe-Ijoh and Ovwian Police Stations, the Police Area Commander Burutu, and a representative of the Commanding Officer of the 3 Battalion, Effurun.

Frank Amakiri, 36, and one other person lost their lives as a result of the ongoing land dispute, which was brought up by representatives from both communities at the meeting.

Although neither community admitted responsibility for the incident, they both agreed that moving forward in peace was crucial for both and that they didn’t want to leave the crisis for their children to inherit.

According to the special adviser to the governor on peace building and conflict resolution who spoke at the meeting, the State Government will compensate those who have lost some of their property as a result of the boundary demarcation exercise before starting the next phase of the demarcation.

The Commissioner of Police also stated that anyone found wanting will face the appropriate legal action should the crisis between the two communities escalate further.

The police boss, however, gave them the assurance that those responsible for the incident would stand trial at the conclusion of the ongoing investigation.

According to a statement released on Sunday by police spokesman Bright Edafe, both communities reached a truce and signed a peace accord.

At the meeting, both communities agreed to set aside their differences and observe a peace truce, and as a result, the following significant decisions were made at the conclusion of the meeting:

“The demarcation of the disputed boundary area between the two communities was to be suspended till further notice.”

It was also agreed that the Executive Governor or a delegation from Delta State Government would visit the disputed boundary area before resuming the demarcation exercise.

“The leaders of the two feuding communities were to desist from threatening each other.”

Additionally, any leader or community member who was found culpable of breaching the truce was to be severely sanctioned in accordance with the law, henceforth.

“All arms and ammunition still being harbored in any of the communities were to be voluntarily submitted to the security agencies.”

Meanwhile, the general security situation in the Aladja and Ogbe-Ijoh communities remains relatively calm but unpredictable.

In order to prevent any threats to the precarious peace, Operation Delta Hawk troops will continue to control the area with patrols and a show of force in coordination with other security agencies. 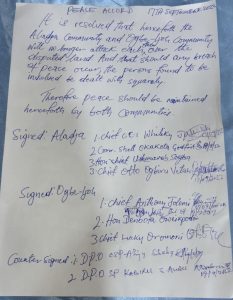 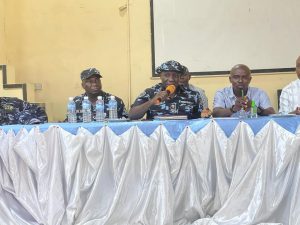