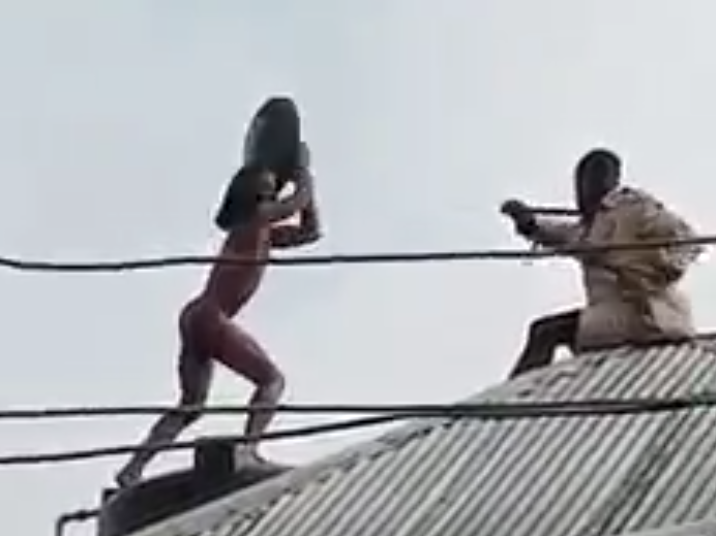 The Bayelsa State Criminal Investigation Department has been tasked with finding those responsible for the lynching of a young man for alleged witchcraft, according to Bayelsa State Police Command Commissioner of Police, CP Ben Nebolisa Okolo.

The CP, charged the operatives to apprehend the perpetrators seen in the viral video trending on social media, SP Asinim Butswat, Police Public Relations Officer of the State Police Command, said on Saturday.

At around 7:30 a.m. on September 14, 2022, police officers were summoned to Agudama Epie, Yenagoa, in response to a distress call about a young man who had allegedly been killed by angry youths on the basis of a witchcraft accusation.

The youths left the area before the police officers arrived.

The victim was later identified as John Dimie ‘m’ who was allegedly mentally deranged.

www.bigpenngr.com reports that in a viral video trending on social media, some youths were seen stoning the victim on a rooftop of a building.

According to SP Butswat, forensic examination of the viral video is being done to find and apprehend the perpetrators.

However, he said that the police command had issued a warning to the public to refrain from enforcing the law through extrajudicial means because those who do so risk being caught and subjected to the full force of the law.

Chinese National Detained After Murdering His Ex-girlfriend In Nigeria