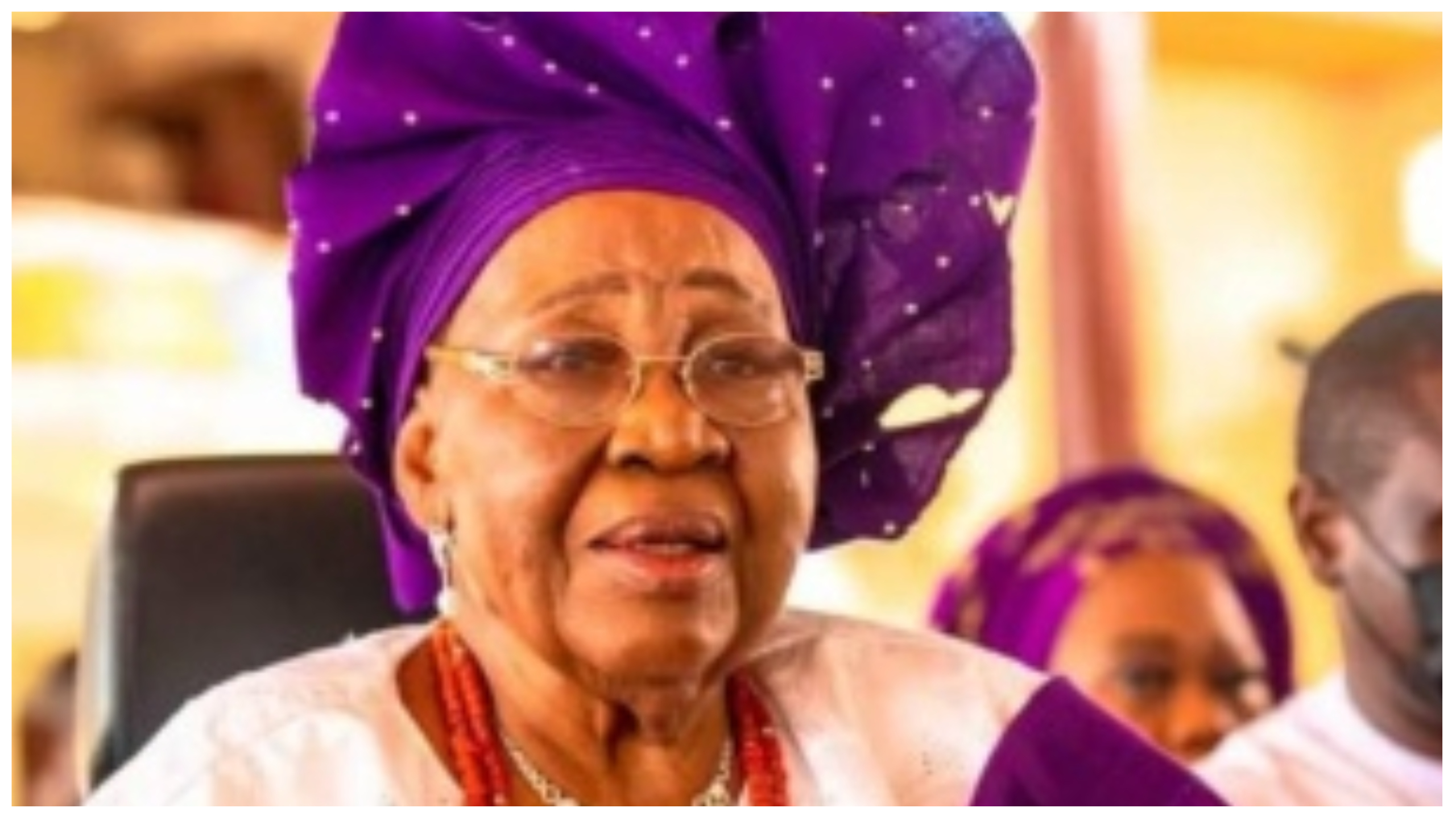 Lady Evangelist Grace Akeredolu, the mother of the governor of Ondo State, has passed away.

It was reported that the governor’s 90-year-old mother passed away in her sleep.

She passed away peacefully in her sleep at an early hour of this morning, according to Richard Olatunde, a media aide to the governor of Ondo State, who confirmed the news.

“Further announcements will be made by the family in due course,” the statement read.