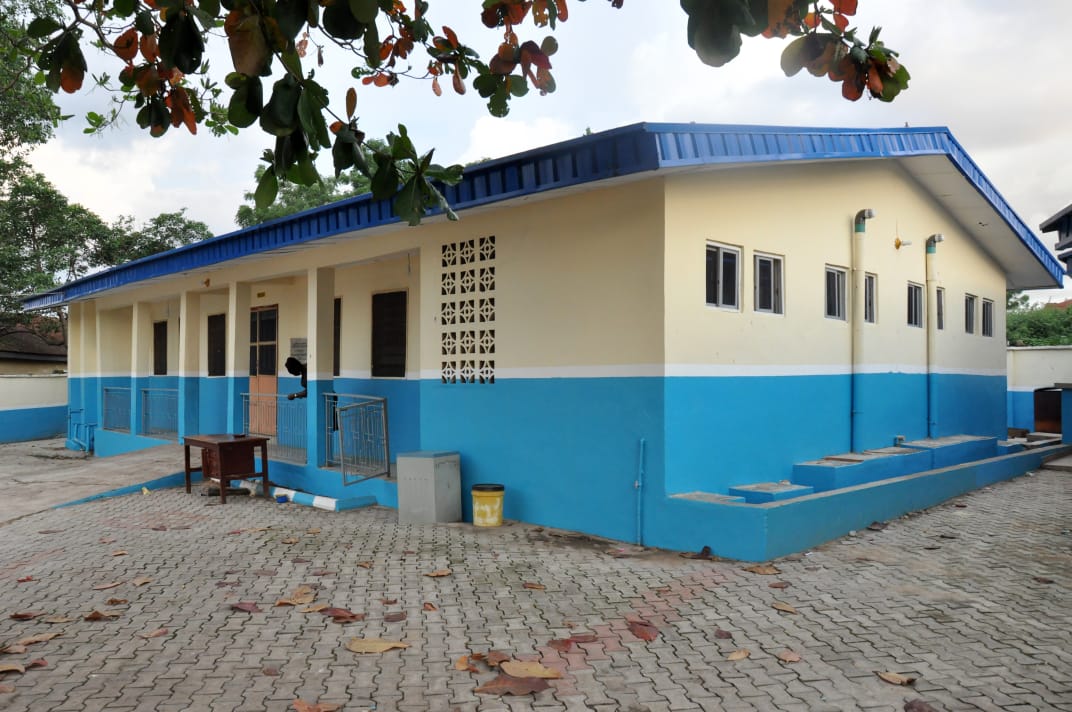 Upon the completion of the inspection, Dr. Shuaibu had words of commendations for Governor Makinde, from which one could draw the inference that Oyo State has, indeed, set the pace according to its name, in the area of primary healthcare development.

Dr. Shuaibu’s take home from the visit was that the Federal Government would emulate the Makinde government by attempting to build/equip PHCs in a massive drive that would bring healthcare delivery closer to the citizenry. According to the Chief Executive, though the Federal Government has done so much by building/renovating close to 4,000 Primary Health Care Centres, the way to go is to follow the example of Oyo State, which has completed one Primary Healthcare Centre in each of the 351 wards in the state. In one fell swoop, the state awarded the contract for 299 of the Healthcare Centres early in 2021, while it added the reconstruction of 51 others thereafter, thus ensuring that 351 PHCs are functional across the 351 electoral Wards making up the state.

If the Federal Government goes that lane, Nigerians can look forward to over 10,000 PHCs. That would amount to healthcare delivery at Nigerians’ doorstep. If and when the Federal Government eventually decides to build one PHC per electoral ward, that will be another worthy example Oyo State can be proud to have set for the nation in search of an effective healthcare delivery system that leaves no one behind.

A few examples would suffice. In the heat of the COVID-19 pandemic, the Federal Government declared a total lockdown in the country, but Governor Makinde, following sound considerations within the Oyo State COVID-19 Task Force, a committee of thoroughbred professionals in and out of government, headed by the governor himself, decided to impose a partial lockdown, which enforced dusk to dawn curfew rather than total lockdown.
His justification: The economy of the country was too weak with no functional system of palliative that could help common people survive a lockdown. In the end, the Federal Government bought into Oyo State’s idea, cancelled the lockdown policy and opted for a curfew, though after a huge damage had been done to the economy.

It is noteworthy that individuals who are today grandstanding as governorship, senatorial candidates in the Oyo State APC and other parties, faulted Makinde by calling for a total lockdown. They predicted mass deaths because Makinde did not follow the bandwagon by locking down the state totally. But the governor did not flinch. Why? Because, as he often says, he relies on data, science and logic before taking governance decisions.

As members of the public would also recall, Oyo State belled the cat in the area of reopening of schools during the COVID-19 pandemic. The governor, again upon sound advice by the COVID-19 Task Force, declared that terminal classes such as Primary Six, JSS III and SSIII students should return to school but only after teachers must have returned to school two weeks earlier to put proper COVID-19 precautions in place. As that decision was taken, arm-chair critics in the Oyo APC, mostly unsound elements who always jump into a frenzy to criticise Makinde’s policies, went to town with doomsday posturing on how it was dangerous to reopen schools. But this time, they had the backing of a federal minister, who also criticised Oyo State for daring to reopen schools. Sadly, however, the minister and his APC caravan in Oyo State ate their words, as the Federal Government toed Oyo State’s path two weeks later by also declaring that students in Primary 6, JSS III and SS III should return to schools. Again, science, data and logic prevailed above banal sentiments and not-well-thought-out political criticisms.

Another worthy example set by the Makinde government, which has resulted into the health sector reforms being witnessed in the state, was the governor’s refusal to yield to pressure to allow private organisations and development partners to erect temporary Isolation Centres in stadia and other public places.

Instead, the governor insisted that anyone desirous of helping Oyo State with an Isolation Centre should pick one of the existing health facilities and upgrade same to meet the standards of Isolation Centres. The state government also did same. In the end, the Infectious Disease Centre, Olodo, 100-bed Saki Specialist Hospital, Agbami Chest Clinic and other world-class health facilities with top of the range equipment came into existence in Aawe, Oyo, LAUTECH, Ogbomoso, Igbo-Ora and Saki.

Today, under Governor Makinde’s governance that is driven by science, data and logic, Oyo State now has a healthcare delivery system that is energised and reformed. From the primary healthcare system to the secondary and tertiary healthcare systems, Governor Makinde has made great marks on the health sector, with many general hospitals brought back to life while the Adeoyo State Hospital, Ring Road, can now boast of world-class equipment.

One of the quality reforms also brought into the system is the Oyo State Health Insurance Scheme. Though our friends in the APC would be quick to say the previous administration introduced the policy, thousands of Oyo State residents can bear witness to the fact that the scheme inherited by the Makinde government was nowhere near where the governor has taken it. Apart from putting in place quality policies to drive the scheme, the governor has enrolled thousands of residents into the scheme from his own purse.

But knowing the nature of politics, especially with the campaign season set to start in a few weeks, the opposition will begin to spin false yarns and untrue narratives regarding various sectors in the state. When they do, residents of the state who have been benefiting or will begin to benefit from the multifarious interventions of the state government in the health sector, would have solid facts with which to measure the lies of the opposition against the truth. One of such facts would be the fact that a top player in the APC-led Federal Government, Dr. Shuaibu, the Executive Director of NPHDC, openly commended Makinde government’s effort in the area of healthcare delivery.

Opposition elements in the state, who have continued to shop only for the bad things to market about the state, can, for once, bury their pride [and their faces in shame] and agree that healthcare delivery is another area where the APC government before Makinde failed for eight years, but where Makinde has succeeded.

Mischievously, these same elements had gone to town with pictures of some PHCs in a bad state, trying hard to drown the achievements recorded by the administration in the health sector, especially the renovation of about 299 PHCs in just three years. Sadly, what they tried so hard to rubbish has received the attention of the world, as demonstrated by the commendations of the NPHDC boss.

In a few days, when the window of opportunity for electioneering will be opened officially by the electoral umpire, INEC, which will allow all candidates to market their ideas and brands, Oyo State residents must take note of those who will seek to deceive them with what the Makinde administration has not been able to achieve instead of talking about what they can do differently. They will attempt to go for Governor Makinde’s jugular, literally speaking, focusing on areas his government has not been able to fully cover as if one government can solve all the problems of the state in three years. They will come with sweet words and untested ideas. Though these cannot stand the test of quality against the solid ideas and policies of the Makinde government, they will still claim to be the best thing to that could happen to politics after Awolowo.

If and when they do, relying heavily on lies and empty promises that cannot be subjected to empirical evaluation, residents of Oyo State must bring them back to reality with the laudations of the National Primary Healthcare Development Agency’s boss.