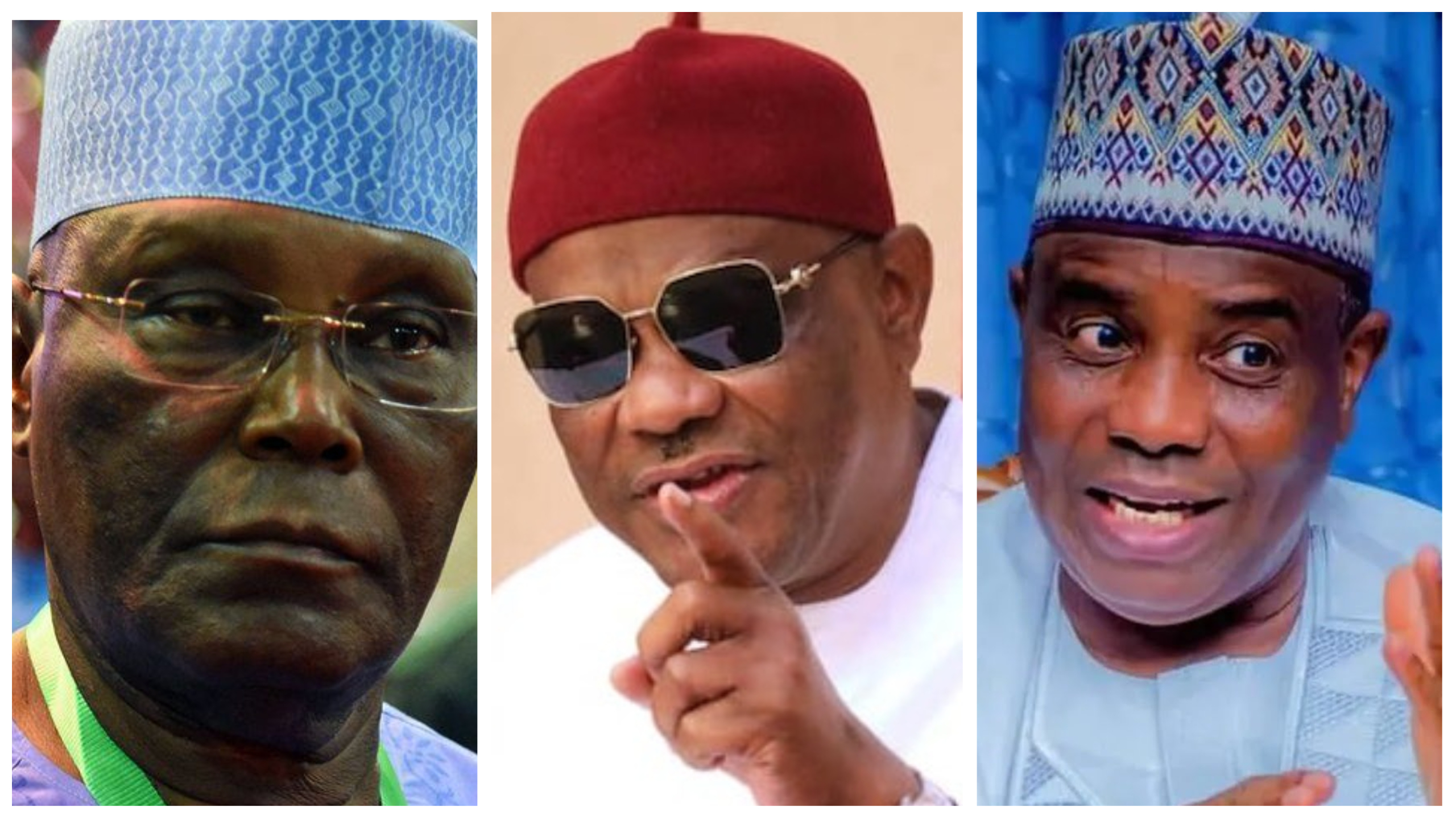 Governor Nyesom Wike of Rivers State has sued the presidential candidate of the Peoples Democratic Party, Atiku Abubakar; the Sokoto State Governor, Aminu Tambuwal; and the PDP over the conduct of the presidential primary of the party that was held was in Abuja on May 28 and May 29, 2022.

In the suit marked FHC/ABJ/CS/782/2022, Wike and a PDP chieftain, Newgent Ekamon, are listed as the plaintiffs. In the originating summons, the PDP is listed as the first respondent while the Independent National Electoral Commission is the 2nd respondent. Tambuwal and Atiku are listed as the 3rd and 4th respondents respectively.

At the primary, Atiku polled 371 votes while Wike and Bukola Saraki garnered 237 and 70 votes respectively. After the convention, the National Chairman of the PDP, Iyorchia Ayu, described Tambuwal as the “hero of the convention.”

In the originating summons, Wike and his co-applicant asked the court to determine eight issues including whether the purported transfer of Tambuwal’s votes to Atiku by the PDP was illegal and void.

The plaintiffs asked the court to determine if Tambuwal lost his claim to votes the moment he stepped down for Atiku.

He asked the court to determine whether Tambuwal “having stepped down during the primaries ought to lose his votes.”

Wike and Ekamon argued that should these issues be determined in their favour, the court should grant nine reliefs including a declaration that the purported transfer of Tambuwal’s votes to Atiku be declared null and void.

The plaintiffs are also seeking a declaration that the PDP acted negligently and in bad faith by assigning the Sokoto governor’s votes to Atiku at the primary.

They prayed the court to “cancel the transfer of votes and a corresponding order restraining the 3rd respondent (Tambuwal’s) withdrawal in the primary was done after voting had commenced.”

The applicants also prayed the court to declare that the PDP and Atiku took undue advantage of Tambuwal’s withdrawal when they allowed the Sokoto governor to persuade delegates to vote for the former Vice-President in the primary.

Wike and Ekamon asked the court to order INEC to reject or remove Atiku from “its list of candidates in the 2023 presidential election.”

They are also seeking an order commanding the PDP to recount the votes of the primary that was held on May 28 and May 29.

Lastly, the applicants are seeking an order of the court “directing the 1st respondent (PDP) to declare the 2nd applicant (Wike), a presidential aspirant in the May 28 and May 29 primary as the winner of the aforesaid primary with a corresponding order directing the 1st respondent (PDP) to forward his name as the candidate to contest the presidential election in 2023.”

In a supporting affidavit he deposed to, Ekamon noted that he was a member of the PDP and attested to the fact that Wike won the presidential election.

He maintained that Tambuwal withdrew from the contest after voting had commenced and directed that his votes be assigned to Atiku.

“The third respondent (Tambuwal) speaking twice before stepping down from the contest, persuaded all his delegates who were going to vote for him to vote for the 4th respondent (Atiku).

“The 2nd applicant (Wike) won the primaries if the votes of the 3rd respondent (Tambuwal) had not been transferred or assigned to the 4th respondent (Atiku).

The PUNCH learnt that the court processes had been served on the PDP at its Wadata Plaza headquarters located at Wuse Zone 5 while a copy had also been delivered to Atiku’s Campaign office in Maitama and the Sokoto State Government’s Liaison Office by the court bailiff.

Wike has been at loggerheads with Atiku and Tambuwal since his defeat in the presidential primary.

He had lambasted the PDP for allowing Tambuwal to canvass votes for Atiku after he had already been allowed to speak earlier at the convention.

“If I wanted to scuttle the convention, I could have done that and I told them… I have never seen how people can violate procedures and guidelines. Somebody had spoken. It is only at that point he was speaking that he could say I have withdrawn. You don’t call him back,” Wike had said.

Wike and his clique of governors have reportedly demanded the resignation of the PDP national chairman as a condition for them to campaign for Atiku. They argued that the all top positions in the party are being occupied by northerners and Ayu, who is from the North-Central must resign as a concession to the South.

However, Ayu has maintained that he would only resign after Atiku emerges the winner of the Presidential election next year.

When contacted on the telephone, the National Publicity Secretary of the PDP, Debo Ologunagba, said he was unaware of the case and thus could not comment on it.

“I’m just hearing about this case from you. I have not seen the process and thus cannot comment on it,” he said.

Also, Atiku’s Spokesman, Paul Ibe, said his principal had not yet been served and thus could not comment on the matter.

“We are not aware of the case and have not been served. When we are served, we will respond appropriately. However, the response will be done in the proper manner and not through the media,” Ibe said.

Effort to reach Wike on his mobile telephone proved abortive, as it indicated that the calls were being forwarded, even as he had yet to respond to a text message sent to his mobile as of the time of filing this report on Thursday night.

Similarly, Mr. Kelvin Ebiri, Special Assistant on Media to the Governor could not be reached as his mobile phone was not connecting, even as he had yet to reply to a text and WhatsApp message sent to him as of the time of filing this report

(This is a PUNCH Newspaper report excluding the headline)