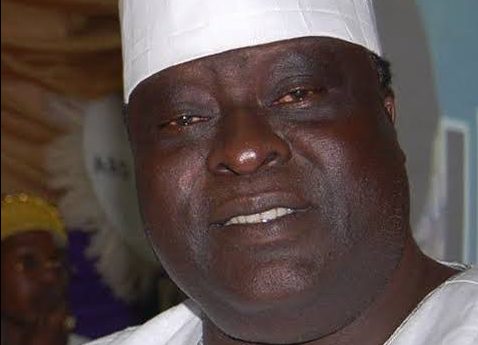 Balogun, who was eased out of office by the then President Olusegun Obasanjo over corruption allegations, reportedly died of heart related diseases in Reddington Hospital, Lagos, Thursday August 4, 2022.

Sources said he had been down for a while before passing on, according to The Eagle Online.

Born on August 8, 1947 at Ila-Orangun in present-day Osun State, Tafa Balogun attended the University of Lagos and graduated in 1972 with a B.A. in Political Science. He joined the Nigerian Police Force in May 1973.

Balogun was the IGP from 2002 to 2005, before he was forced into submitting his letter of resignation by then President Olusegun Obasanjo in the wake of widespread allegations of corruption against him.

Before rising to the rank of IGP, Balogun was at various times Police Commissioner in Delta, Rivers and Abia state before becoming an Assistant Inspector General of Police (AIG) in charge of Zone 1 Kano.

Shortly after his removal as IGP, the Economic and Financial Crimes Commission (EFCC) under Nuhu Ribadu arraigned him on 70-count charges involving about N13 billion allegedly obtained through money laundering, theft and other sources. In court, he asked for plea bargain in exchange to return some money and property. Despite that, he was sentenced to six months in prison, the greater part of which was spent on a sick bed at the National Hospital in Abuja, the News Express earlier reported.