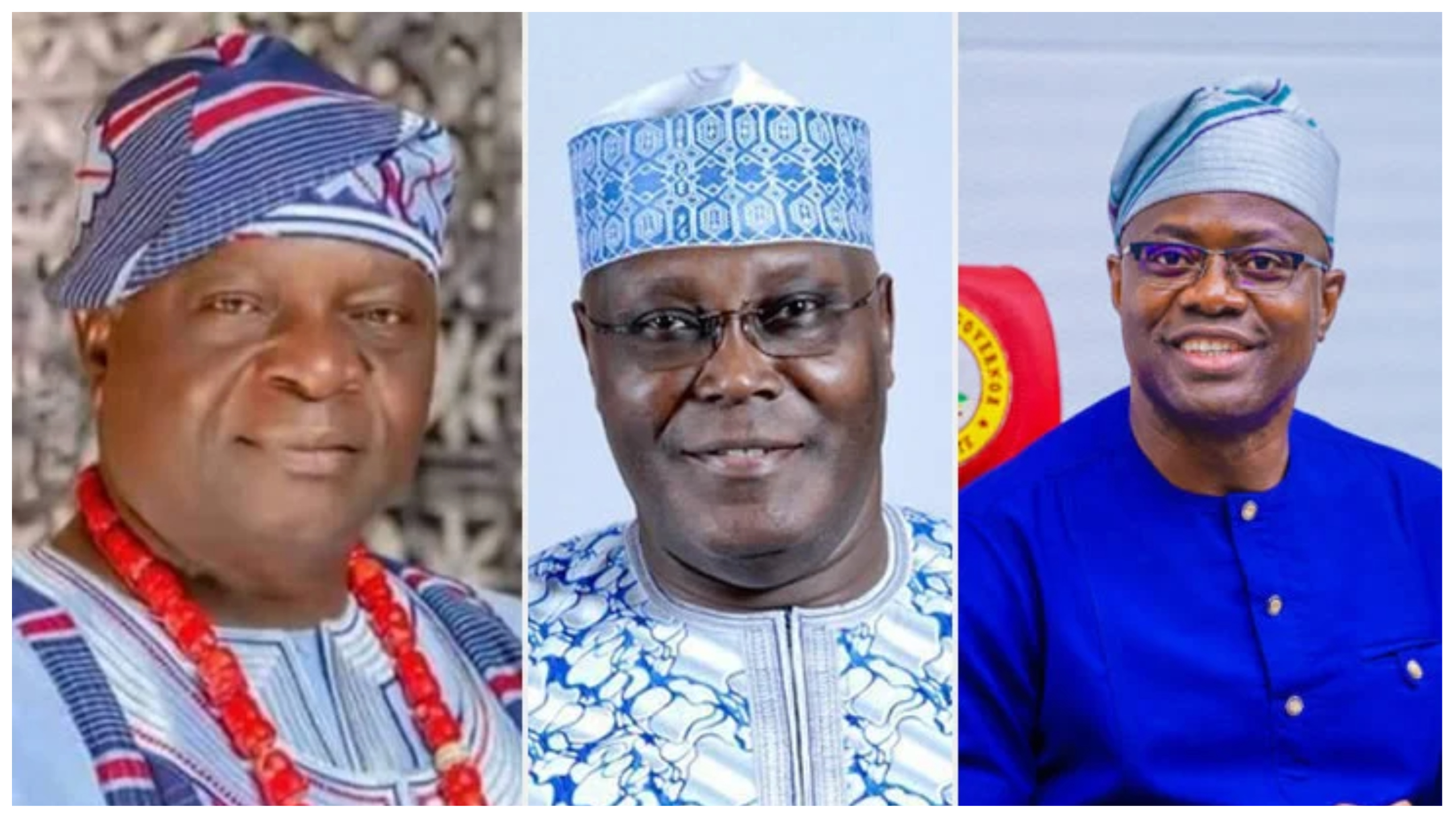 Indications have emerged that the rift between Governor Nyesom Wike of Rivers State and presidential candidate of the Peoples Democratic Party (PDP), Alhaji Atiku Abubakar, is the major cause of the delay in inaugurating the presidential campaign council of the party.

According to report in the PUNCH, a former Governor of Osun State, Olagunsoye Oyinlola; and Governor Seyi Makinde of Oyo State are among leaders of the Peoples Democratic Party being considered as the Director-General of the Atiku Abubakar Campaign Organisation.

Already, the party’s Board of Trustees have resolved to meet Governor Nyesom Wike of Rivers State with a view to putting an end to the crisis that emanated from the decision of Atiku not to pick the governor as his running mate.

A chieftain of the PDP quoted by the newspaper said that plan is to pick a campaign manager from the South-West since this is the region that is considered as the strongest base of the All Progressives Congress presidential candidate, Bola Tinubu.

The chieftain, who wished to remain anonymous because he was not authorised to speak on the matter, said, “Usually, when running a presidential campaign, it is always good to pick a campaign manager from the region that your major opponent is from.

“So, the PDP is also considering the South-West for this strategic assignment. You know Atiku won Ondo and Oyo in 2019. Now, Osun is PDP territory as well.”

When asked why Oyinlola and Makinde were being considered, the chieftain said these two had the temperament for the job.

He, however, said Oyinlola was more likely to get it barring any unexpected development.

“Oyinlola is very experienced. He understands Lagos politics as well having served as military governor. Makinde will also be running for a tough governorship re-election and may be too busy to focus on Atiku’s campaign.

“Also, we are waiting for Wike’s input. Wike may probably prefer Makinde because they are close. But these are the two main options,” the chieftain added.

Meanwhile, the PDP Board of Trustees has resolved to meet Wike at his Abuja residence to start the reconciliation process.

The BoT dropped the hint after a meeting at the party’s headquarters, Wadata Plaza on Wednesday, in Abuja.

Speaking on behalf of the newly inaugurated committee, Senator Abdul Ningi, said “Every member of the BoT is a member of the committee and I can’t tell you time we are heading to the house in Asokoro to commence this project.”

Recall that the chairman of the BoT had announced that it would constitute a peace committee in its meeting as a move to pacify Wike and other aggrieved presidential aspirants in the fallout of the special PDP convention last May, and the subsequent nomination of the Delta State Governor, Ifeanyi Okowa as the Vice-Presidential running mate of the party.

“We have equally set out in this meeting a committee of the BOT to be able to interface between warring factions particularly between the acrimony that is taking place between the presidential candidate and Governor Wike and any other conflict in our party,” Ningi stated.

According to him, calls for the National Chairman of the PDP, Senator Iyorchia Ayu, to resign were not discussed.

“That is not a matter; we have not even discussed the issue of anybody stepping down,” he stated.

However, a PDP chieftain told The PUNCH that members of the committee would try to talk Wike out of the idea of forcing Ayu to resign.

The chieftain said removing the chairman six months to a crucial election could be dangerous even as he stated that Ayu promised to resign if Atiku wins the Presidential election.

“We will be appealing to Wike and his camp to perish the idea of Ayu resigning. This could rock the boat ahead of the election. Also, Ayu has also promised to resign once Atiku wins. So, let us not put the cart before the horse,” he said.

When contacted for comment, Atiku’s spokesman, Paul Ibe, said, “I think I will rather decline comments, honestly I can’t confirm that, I am not aware of it.”

On the demand for Ayu’s removal as insisted by Wine’s camp he said that the “BoT is a body and if they form a quorum they will advise on issues in the party, so let people be careful about that. What is important to everybody is that whatever issue there are to be resolved. So that the party can move ahead stronger.”

He further stated that boycott of the Wednesday meeting was not an indication that they want him removed.

Meanwhile, Atiku has assured Nigerian youths of his commitment to enthroning an enduring legacy to them, if he is entrusted with the mandate to preside over the affairs of the country.

According to a statement from his media office, he gave the assurance on Wednesday when he received a delegation of the executive members of the PDP New Generation led by its Director-General, Audu Mahmud, at his residence in Abuja.

He reaffirmed his commitment as contained in his policy document to 40% inclusion of women and youths in government positions if elected even as he noted that with the 35% affirmative action on women as contained in the Beijing Conference document, that he would make the needed adjustment to accommodate the youth and the women segments of our population.

Why Prof. Muoboghare Was Sacked As Delta Commissioner