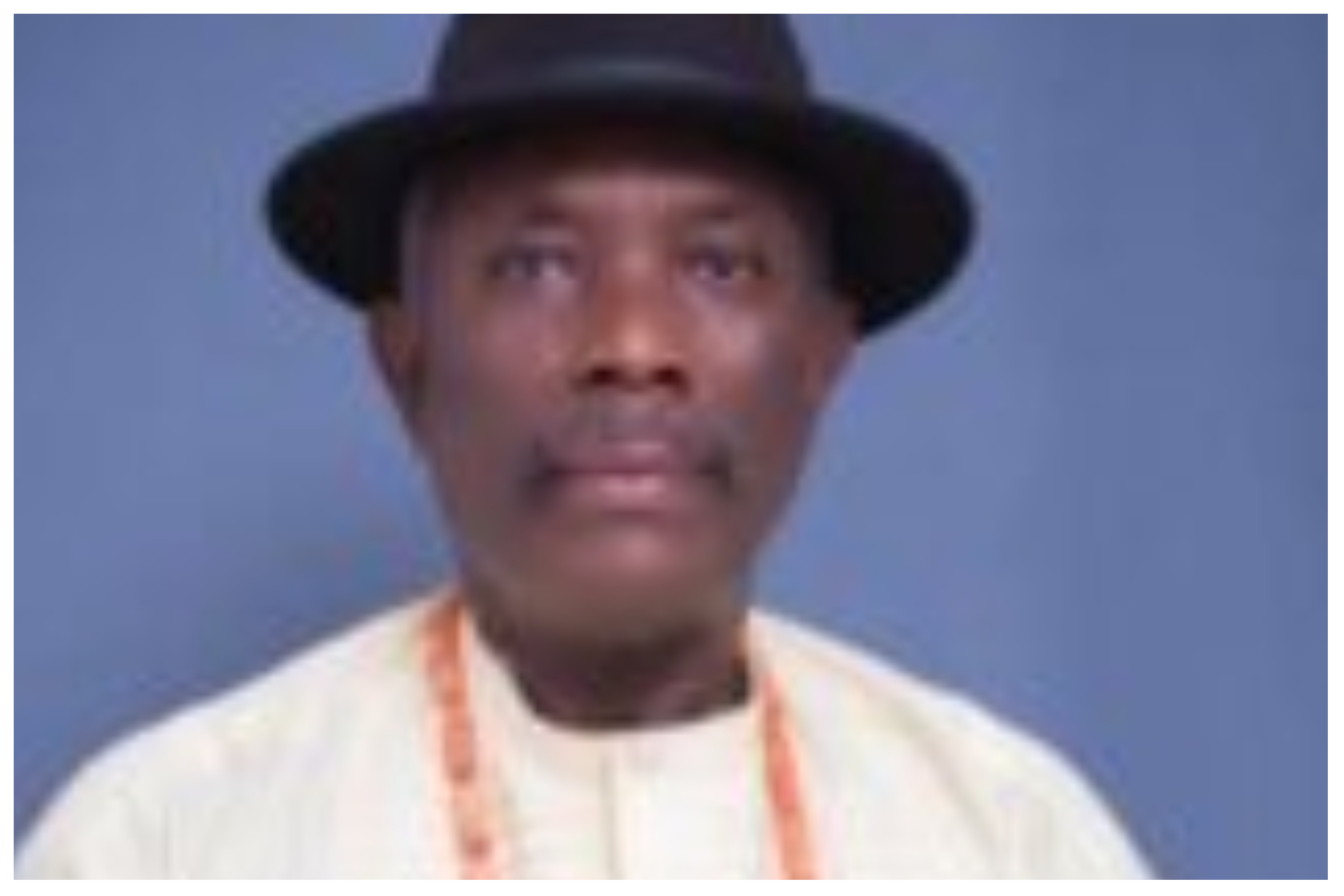 Former Military Administrator (MILAD) of Abia state and a former chieftain of the All Progressive Congress (APC) in Delta state, Air Vice Marshal Frank O. Ajobene (rtd), has said that he has nothing against Islam following his resignation from the All Progressive Congress (APC) over the choice of former governor Borno state, Kashim Shettima, a Muslim as running mate to the party presidential candidate, Bola Ahmed Tinubu.

AVM spoke following reactions trailing his resignation of his membership of the APC in Delta state on account of the party’s Muslim-Muslim ticket.

“I am making this disclosure in order to correct the notion that I am a religious bigot, or an anti-Islam crusader. I wish to categorically state that I hold no malice against any religion or religion beliefs system.

“I remain an unalloyed advocate of secularism as enshrined in the constitution of the Federal Republic of Nigeria”, he said.

He said that he was among those who had sent congratulatory text message to Shettima on the 14th June, 2022 after the APC presidential primaries on Bola Ahmed Tinubu’s victory following ‘Shettima’s exceptional salesmanship exhibited in articulating the virtues embedded in Tinubu’ during the delegate meeting in Asaba and hold no grudges against his person.

Announcing his exit from the party in a terse message made available to Daily Sun, Ajobene said that his decision to quit the party was informed by his principle and conviction that Muslim-Muslim ticket was not right for the country.

According to him, the decision of the APC Presidential Candidate Chief Bola Ahmed Tinubu to run for President on a Muslim-Muslim ticket is the highest level of insensitivity to the feelings of persons of the Christian faith in Nigeria.

“It smacks of arrogance and a total disrespect of us the Christian members of the APC”, he said.

He said that the Muslim-Muslim ticket of the APC only; “portrays us as a people who can easily be bought over with money”.

“In what capacity will I be serving on his campaign train? As a slave? A man must stand for something, or he will fall for anything. I quit the APC”, he announced.

In an interview with our correspondent, the National Caucus member of the APC, said that the Tinubu’s APC Muslim-Muslim ticket would further divide the country, saying that 2023 presidential election is a thing of “national interest and not personal interest.”

He said that he cannot afford to sacrifice his values and principles for some ‘individual interest’, adding that it would not be possible for him to be on the same campaign train with Tinubu when he comes to Delta state for campaign.

According to him, Tinubu being the APC presidential candidate was a miscalculation hence it has become difficult to pair him with a suitable candidate from the North.

He said that the best choice APC could have made was to pick a South-Easterner as its presidential candidate since the Northern governors had conceded the presidency to the South and pair him with a Northerner, saying that Tinubu (South-West) could have been the last option among those in the presidential race.

“I think the APC ticket is an arrangement to create disunity among Christian and Muslim in this country and it has the potential of creating chaos. Is like Tinubu is setting his personal interest against national interest. Normally what matters in a political contest is to win the vote but when you are putting your own personal ambition  you must not sacrifice the interest of the country. As far as I am concern the issue of unity is a matter of national interest. Any ambition or law that run contrary and is in counter with the constitution of the Federal Republic is null and void.

“So every position that will challenge this unity issue which we crane for could be said to inviting a civil war. Lack of unity, lack of cohesion is a major hinderance to peace and development of this country. So I want to be persistent in my position on national matters. Maybe I am not a topical politician but you must be consistent in the pursue of principle. That’s my concern.

Continuing, he said; “It is not good for us as a country. Leadership is a situational thing. In fact if you asked me whether Tinubu could have even contested this election I would have say no. If you say who would I have preferred to be the candidate!. You see the Northern governors were magnanimous enough to concede the ticket to a Southern persons. They accepted South. I would have excepted the South to apply same position to say look this time around let us concede to the South-East. That could have been the best thing but maybe the party didn’t see a strong candidate for that position within its fold. Maybe. So the party settled for South-West. I will not quarrel with that.  Ideally I would have said let us settle for a candidate from the South-East.

“Having said that, the other option was that, since we are looking forward, we should have been proactive to say okay if Tinubu emerges what is going to happened to the Vice. That should have also informed the arrangement, maybe we should have settled for an Osinbajo. Tinubu should have be the third option for the South.

“First option should have been someone from the South-East. Second option a Christian candidate from the South but in all of these things we appear to be playing the ostrich pretending that there are no Christian in the party from the North. It is unfair and very unfair. So having settled for a Southerner who is a Muslim then I think the next thing is to settle for a Northern Christian. That should have be the rational thing to do. So this is the problem.

On whether he would now pitched tent with PDP and Governor Ifeanyi Okowa’s vice presidential ticket if he is called upon or woo to the opposition party, Ajobene emphatically said that Atiku and Okowa are ‘ruled out and not in the cards’ in his next political step.

He said that Okowa sold out when he accepted the vice presidential ticket of the PDP against the quest by the South to produce the president of the country in 2023 and can never be in the same fold with him.

“I can never be part of the PDP. They even committed the first offence by electing Atiku as their presidential candidate. Atiku shouldn’t have contested at all. When we are talking about power shift to the South and the same issue of unity, and you are bring Atiku as your candidate? Atiku shouldn’t have contested at all. PDP should have zoned the presidency to the South also so defecting to PDP is not in the card at all.

Asked if Okowa comes for him, he wouldn’t even accept him? Ajobene said; “I said that I don’t have anything to do what them so what should I be doing with Okowa? For what? Is him contesting for the presidency? If he was the presidential candidate of the PDP that could have be a different ball game.  He is not the presidential candidates and that’s why I said they committed a mortal sin by choosing a Northern candidate. in fact I am not happy with Okowa for accepting to be vice president. He sold out. That is the truth of the matter. Again he was pursing a personal agenda. He placed personal interest against national interest so he is ruled out. So in this issue, you must be consistent.

“Let me use the word they are using now, probably you will like to be Obedient?  (laugh)  Speaking on whether he would be ‘Obedient’ as Peter Obi’s presidential ticket is fondly called, the former Abia state military governor, said that his Obedience is only to God but added that the man with the best agenda and manifesto for the advancement of the country would have his support and vote in the 2023 general election.

.
“I have my voters card and entitled to one vote so we will look at it and focus on the candidate again to see which one has a better manifesto, who is a more sellable candidate? These are some of things we will put together so we can reach a decision.

“My Obedience is to God, to The Lord but i hope to stand for, like I said whoever that comes with a credible and best agenda that would advance the course of development of this nation, I will align with the person”.

2023 Presidency: Tinubu Finally Opens Up On Status Of ‘Men And Women In Cassocks’ At Shettima’s Unveiling