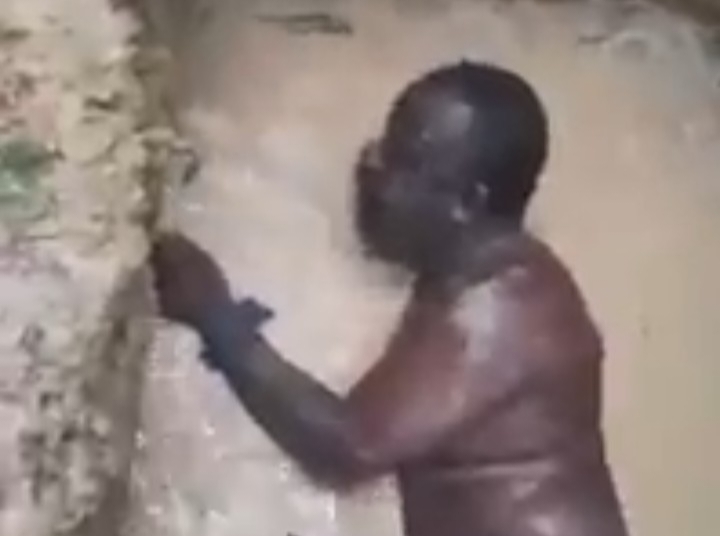 Mike Ogiasa, cousin to former President Goodluck Jonathan, has sent a distress message from an open grave where he was thrown into by his captors.

www.bigpenngr.com reports that Ogiasa, was kidnapped on Wednesday June 2 by unknown gunmen, numbering over ten from his country home in Otuabadi, Ogbia Local Government area of Bayelsa State.

He was coming back home from a meeting when his captors abducted him.

Engr. Ogiasa, a relative of former President, Dr. GoJonathan, is a former state commissioner for special duties (federal project) and a Special Adviser on power development during the administration of former Governor Seriake Dickson.

In a video which went viral on Sunday, Ogiasa was heard pleading to members of his family to paid the ransom demanded by his abductors for his release.

The video, which was released by unknown persons, showed the abducted Ogiasa in a six feet hole dug in an unknown area with his head covered with black hood.

His two hands were tied and he was pleading to his friends and families to arrange any amount in their possession for his kidnappers to release him.

www.bigpenngr.com reports that it appears Ogiasa may have been threatened to be killed before he was bounded and pushed into the grave where he was apparently told to plead with his family members to make payment to his captors.

Ogiasa, who sounded scared for his life, was heard asking his families whether his life is not worth anything to them and pleaded that ransom demanded should be paid.

The Spokesman of the Bayelsa Police Command, Asinim Butswat, who confirmed the authenticity of the video, said the heads of security agencies have met on Friday night to brainstorm on new strategies to ensure he is rescued unhurt.

According to Butswat, the Police wants to assure the general public and families of the victim of their commitment to secure his safe release from kidnappers den.