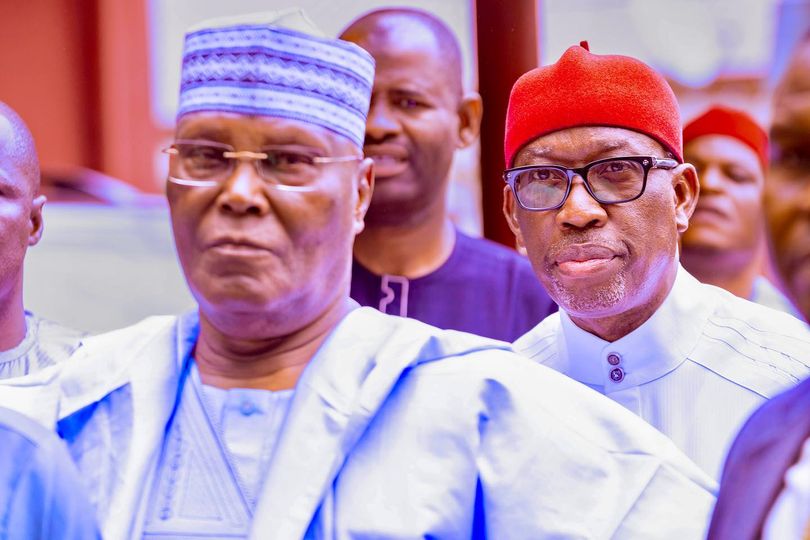 The Rector, Delta State Polytechnic, Otefe-Oghara, Professor Emmanuel Ufuophu-Biri,  has explained why the choice of Delta State Governor, Senator Dr Ifeanyi Arthur Okowa as running mate to the presidential candidate of the Peoples Democratic Party (PDP) was the best choice for the party.

Ufuophu-Biri said that Okowa’s choice was a perfect fit for the PDP in the coming 2023 presidential election.

According to him, Okowa’s productivity, functional and unparalleled antecedents was what stood him out as a man of character and good deeds for the plum job.

“Governor Okowa stands him out in all aspects of life”, the Professor said, adding “his political sagacity and experience and undiluted dedication to public service and positive orientation to the mankind, qualifies him as the right candidate.

While congratulating the governor on his emergence, Prof. Ufuophu-Biri also paid tribute to the PDP Presidential candidate, Alhaji Abubakar Atiku for making “the right choice of Senator Okowa as his running mate”.

He noted that the combination of Alhaji Atiku, an experienced, tested and trusted politician and administrator of national and international repute and Senator Okowa, a grassroot and astute politician who has grown from the very foundation of politics, public service and administration to his present position unblemished and laden with laurels and accolade, present a shining hope and the dawn of a happy era for Nigeria.

Speaking further on the governor’s character and activities, he pointed out that Senator Okowa is an achiever in all ramifications who is divinely endowed with Midas touch for achievement and brings development to the people and the state.

He added that the last seven years that Senator Okowa has been governor, the state has witnessed an unprecedented degree of infrastructural, economic, social-cultural and human development that have placed the state among the first three most developed and economically advanced states in Nigeria.

Prof. Ufuophu-Biri stressed further that the commitment of the Governor towards education in the state is a clear indication that he understands the place of education in national development and that he believes strongly that Senator Okowa will bring this to bear at the national level.

He added that Senator Okowa’s establishment of additional three universities to the existing one in the state has provided an excellent platform for Deltans and other education loving individuals from within and outside the country to acquire high quality and international standard education.

The ownership and operation of the four universities and other several other institutions of higher learning in the state according to Prof.Ufuophu-Biri, has placed Delta State educationally ahead of virtually any other state in Africa.