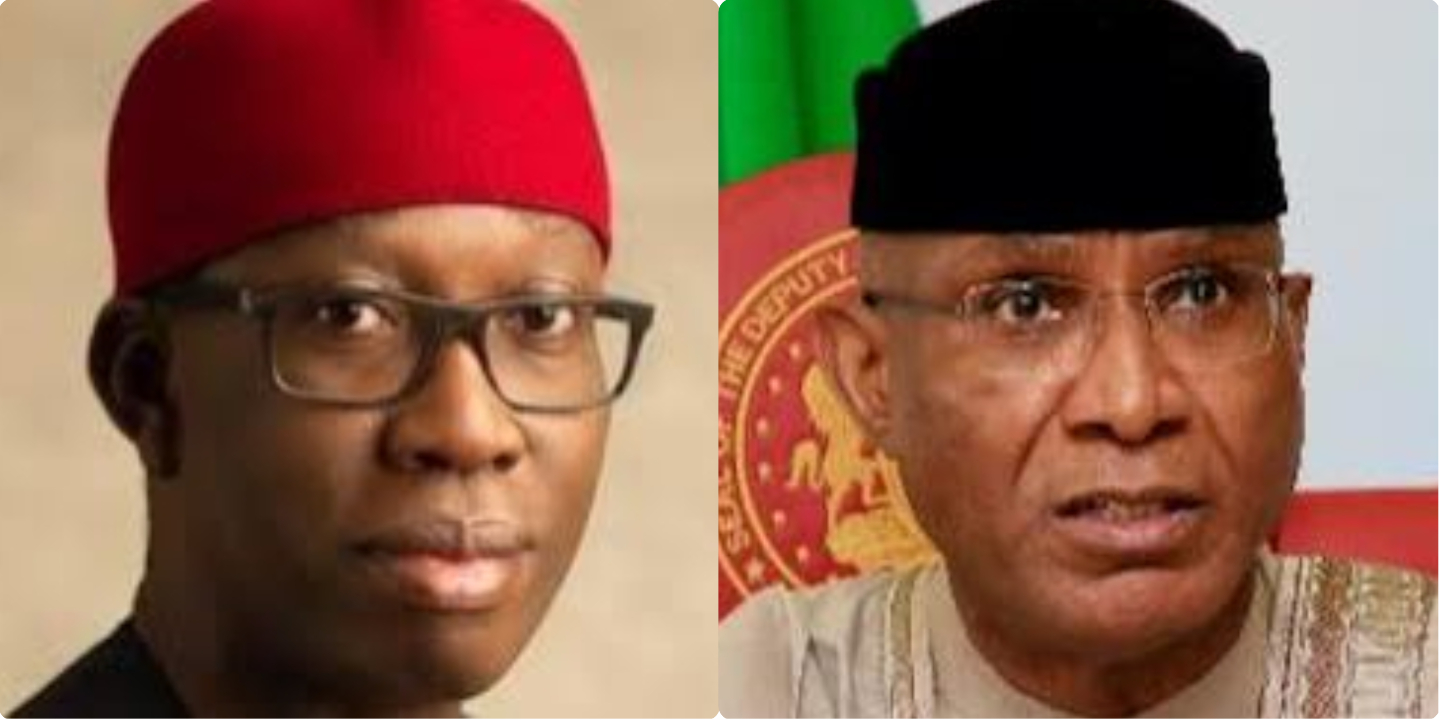 Deputy President of the Senate, Senator Ovie Omo-Agege, says no administration in Nigeria has surpassed Governor Ifeanyi Okowa’s irresponsible wastage, squandering and frittering away of scarce and declining resources.

He made the remarks in a statement by the Director, Communications and Media Strategy of the Delta APC Gubernatorial Campaign Organisation, Ima Niboro entitled “You’re A Clueless Governor, Fiddling While Delta Burns – Delta APC Replies Okowa”

Omo-Agege described the Okowa-led People’s Democratic Party (PDP) administration as the worst in the history of the state.

He said that his nomination as Vice Presidential Candidate of the opposition PDP has brought his sheer incompetence to national focus.

Omo-Agege, in the statement accused the PDP government of running a clueless and shortsighted administration with an agenda to impoverish the people and make life difficult for all but a few favourites in the state.

He was reacting to a statement credited to the governor in which he said the APC had poor knowledge of governance.

Okowa had lampooned Omo-Agege’s All Progressives Congress (APC) in the state for criticising everything his administration did because according to him, it had poor understanding of governance.

Addressing journalists shortly after inspecting ongoing projects at Dennis Osadebey University, Asaba last week, the governor had said that the main opposition in the state was being mischievous in its criticisms due to ignorance.

According to him, when people in Lagos and Abuja say that they are not seeing what we are doing, it is either that they don’t come home or that they just want to be wicked in their ways.

“They just jump at everything, they want to criticise everything and I think it is poor knowledge on their part and that is the truth.

“I am wondering that if people are thinking of stepping into governance and they have the kind of mindset that they have in Delta State then it’s unfortunate but they are not going to have the opportunity to govern Delta State because we know them and we know ourselves.

“When some of them rise up to talk we know them because we have been in this state before and we know what each and everybody represents.

“So, I try not to talk about persons but they continue to say things that ordinarily they shouldn’t say but if you don’t want to appreciate good works then you should keep quiet and that is what I expect of them, Okowa said.

But Omo-Agege noted that key economic data and self-evident facts attest to PDP’s deep-rooted irresponsible governance of the state.

Specifically, the campaign organisation spokesperson lamented that state institutions have been reduced to personal estates, adding that Deltans are witnessing the most cruel, insensitive and clueless government in the history of the state.

“Okowa is a clueless governor who fiddles while Delta burns. Under his watch, Delta has become the Keke capital of the world. Under his watch, Delta is ranked 31st amongst the 36 States of the Federation in fiscal performance and responsibility. We are the fourth most indebted State in Nigeria and there are no infrastructural developments to justify the endless reckless borrowings. We are now at a major crossroads of unprecedented sociopolitical and economic decline.

“Despite our huge revenue-generating potential, a paltry N59.73 billion Internally Generated Revenue (IGR) was reported in 2020. We are also one of the States that depend most on federally distributed revenue. Our local economy has no capacity to withstand even the slightest national economic shock.

“Rather than invest our wealth in our people and modernize our public infrastructure, all we have is constantly growing fiscal recklessness, waste of public resources and mediocrity, while deploying cheap propaganda and lies to cover them up. Indeed, governance in Delta all about the politics of exclusion, clannishness, impunity, sleight of hand, and of playing tin god without the requisite track record to do so. It is governance by incompetence and mindless greed,” he said.

The former Presidential spokesman cited a recent report by the National Bureau of Statistics (NBS) which indicated that the state did not attract any foreign investments in the first quarter of 2022,

According to him, despite being a cabinet member of successive administrations in the state since 1999, Okowa evidently had no plans when he was elected seven years ago.

“No administration in Nigeria has surpassed Okowa’s u irresponsible wastage, squandering and frittering away of scarce and declining resources. This government has not only failed spectacularly but will be remembered as the worst administration in the state since its creation in 1991.

“It is therefore quite intriguing that such a government can attempt to lecture anyone on the tenets of governance. Let Okowa produce his track record of seven years and the N2.5 trillion that has gone down the drain. What is his report card? What legacy projects can he point to?

“Is tarring one and two kilometre roads his legacy, or owing pensions and gratuities to the old and retired, the veritable weakest among us his bequest? Can he compare himself with any of his colleagues in the South South, even those that receive a token of what Delta gets every year?

“Rivers State glistens under Governor Nyesom Wike. Bayelsa, Akwa Ibom, Edo and Cross River are undergoing infrastructure and socio economic revolutions as we speak. In Delta, it is the same old decrepit infrastructure, mud and sludge, blood and brine, yet Okowa seeks to lecture anyone on governance?“ he queried.

He therefore charged the PDP to begin preparation to vacate Delta Government House after 2023 general elections.