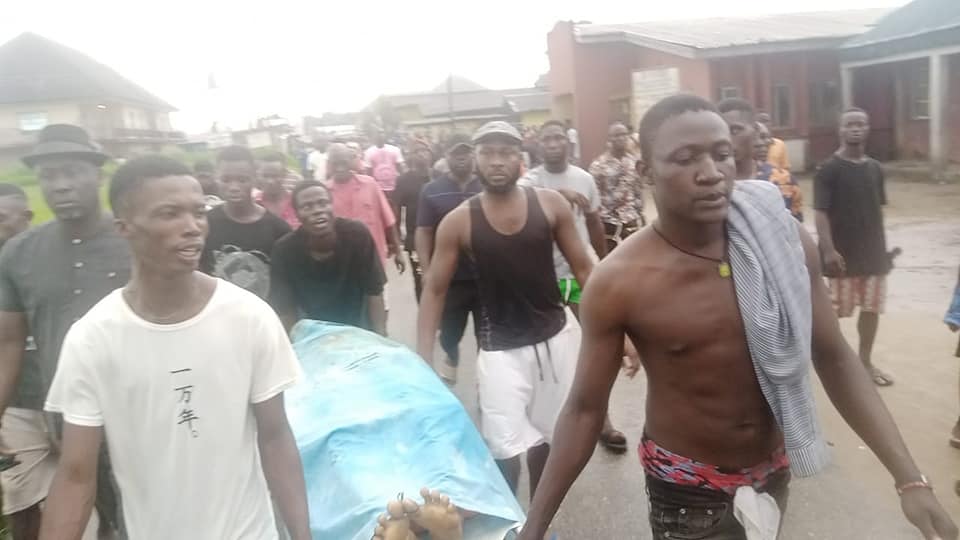 Hundreds of youths from Ogulagha community, Burutu Local Government Area of Delta State, on Tuesday, went on rampage over the death of a 27 years old youth allegedly killed by military men.

www.bigpenngr.com reports that the deceased identified as Endurance Oweiye Kalaepele was reportedly shot dead by an army personnel attached to the Forcados Terminal operated by Shell Petroleum Development Company, (SPDC).

The incident happened on Tuesday, 27 June, 2022 at about 11:04 pm when the deceased and others were sighted near the vicinity of the terminal facility.

Miffed by the development, youths armed with dangerous weapon were said to have gone on rampage, destroying some of the company’s vehicles and other valuables.

The protesting youths also wheeled the corpse to the SPDC terminal where it was dumped while chanting war songs.

Confirming the incident, youth president of the community, Mr Thankgod Iyaragba told reporters that Kalaepele and five other boys of the community went on snail hunting behind the Forcados Terminal (pipeline bush) but were intercepted by military men while on their way.

In the process, “Kalaepele tried to run away out of fear and was shot twice at close range by the military men”, he said..

“The deceased was shot at close range in the company of three of his colleagues. They went to pick snails before they were accosted by the soldiers. We are doing our best to calm the tension because the youths are very angry”, he added.

Public Relation Officer of the oil community, Seimode Opupu when contacted on phone, also confirmed the incident, saying that they are in a meeting to see how they can calm the nerves of rampaging youths.

The Chairman of Burutu Local Government Council, Hon. Godknows Angele told newsmen that the situation has been put under control by the state police.