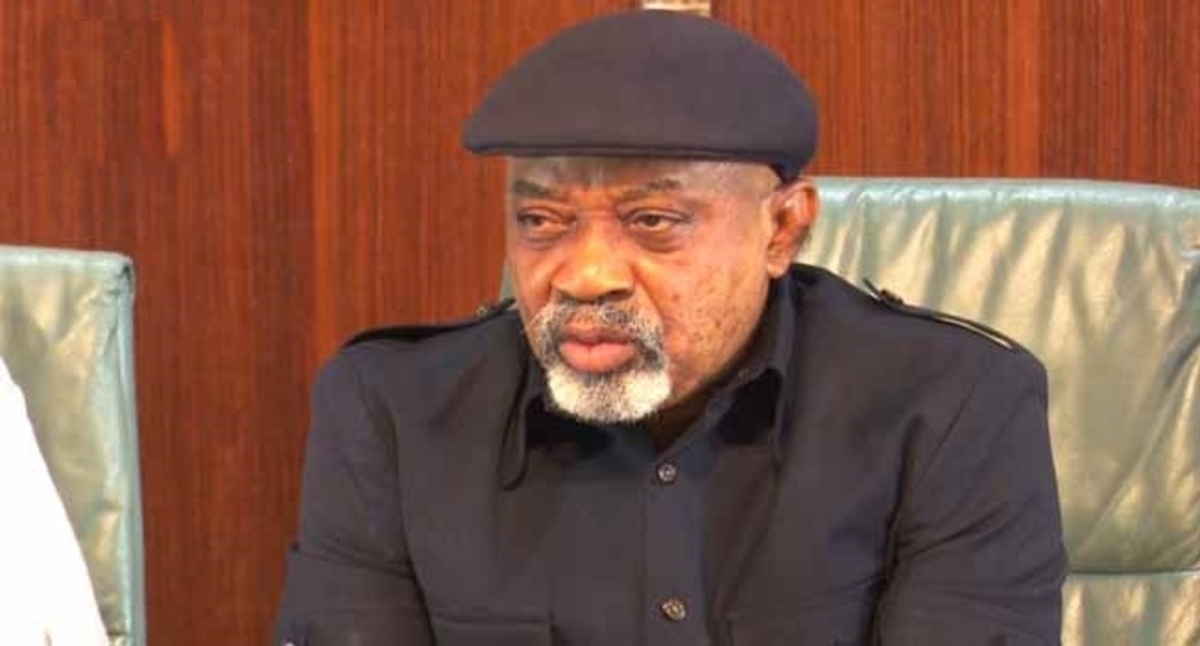 Minister of Labour and Employment, Sen Chris Ngige has abandoned his ambition to contest the 2023 presidential election, preferring to be retain as a minister.

BIGPENNGR.COM reports that his withdrawal from the race came after meeting with President Muhammadu Buhari and consulting widely with his family, constituents, supporters and well-wishers, according to a statement he issued on Friday.

This is coming on the backdrop of President Buhari’s directive to officials and ministers vying for public office to resign on or before May 16.

Ngige, in a statement he personally signed on Friday in Abuja, said his decision to withdraw from the race has been communicated to the President and the Secretary to the Government of the Federation(SGF).

The statement reads: “Having also consulted widely with my family, constituents, supporters and well-wishers, it is my pleasure to announce the withdrawal of my interest and earlier decision to contest the office of the President in the 2023 general elections.

“As a result of this, I will NOT be participating in any of the internal party processes of the said election, starting with the primary. I took this momentous decision firstly in the overall interest of the nation, in order to enable me concentrate on my job, and assist the President and the Government, weather the difficult last lap, in the life of the administration and secondly for other family reasons.

“My constituents, political associates and well-wishers across the country are by this statement informed of this latest decision, which also has the blessing and support of the overwhelming majority, hence supersedes any other interest, personal or otherwise.”

Ngige, on April 19, declared interest to contest for the office of the President following the constitutional provision that precluded Buhari from seeking re-election to the office

The Minister made the declaration in his home town, Alor, Idemili South Local Government Area of Anambra State. 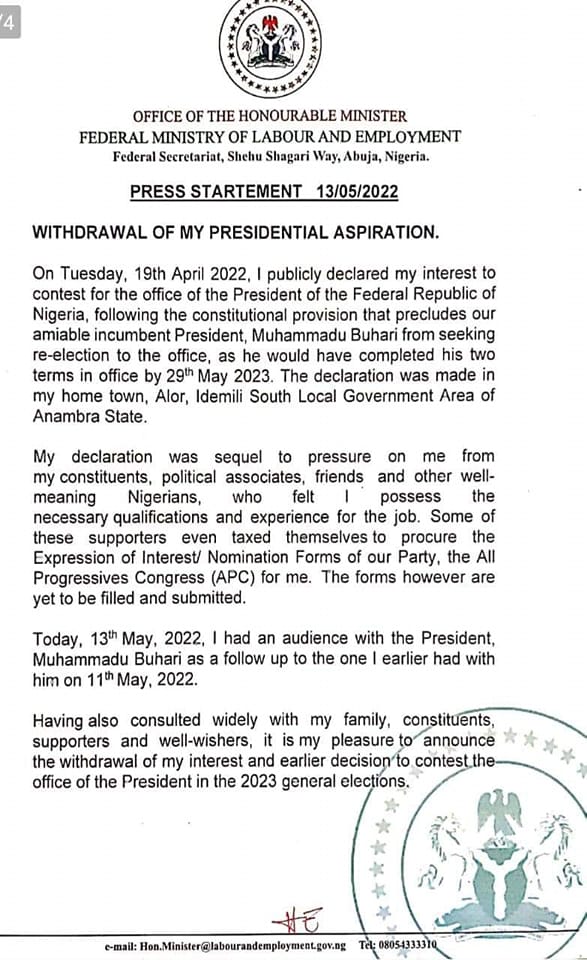