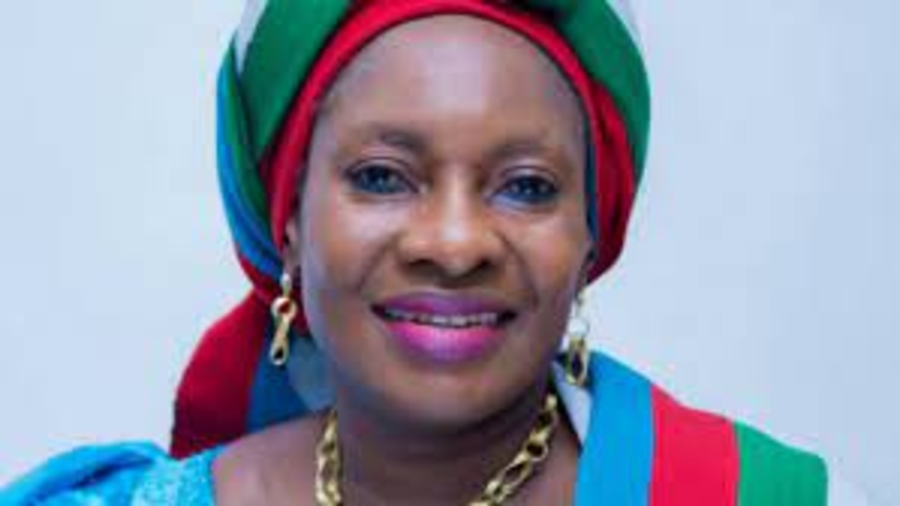 The group, Bayelsa West Elders Forum, has taken a swipe at the Minister of Women Affairs, Mrs Pauline Tallen  over her controversial statement bordering on the 35% affirmative action for women in support of the decision of  Mrs Susan Waibode Akpor-Kiridi Lokpobiri  to contest the House of Representatives seat for the Sagbama/Ekeremor Federal Constituency.

The elders stated that making statement in support of Akpor-Kiridi Lokpobiri against the collective decision of the forum under the guise of 35% affirmative action for women, only undermine capacity and credibility to win election for the party.

They said that the 35% affirmative action for women does not  mean that every woman is qualified to contest irrespective of whether she has the capacity and credibility to win election for the party.

A statement by its Chairman, Senator J. K. Brambaifa, Co-Chairman and former Acting Governor and elected Deputy Governor, Barr. Peremobowei Ebebi and and six others, said Lokpobiri’s decision to vie for the position was a  flagrant abuse of the elders and violation of the outcome of the preliminary screening exercise conducted by the forum.

The statement read: “The said elders forum expresses with great shock and total dismay as the said Mrs Susan Waibode Akpor-Kiridi Lokpobiri will have the guts to undermine the decision of the elders. Moreso, it should be put on record that the 35% affirmative action for women does not  mean that every woman is qualified to contest irrespective of whether she has the capacity and credibility to win election for the party.

“In view of the above, the forum is calling on the Honourable Minister for Women Affairs, Mrs Pauline Tallen to withdraw her statement and attendant support for such an inordinate ambition against the decision  of the Bayelsa West Screening Committee.

“It is on record that most Nigerians have scored her performance as a Minister above board, but it surprises the elders to notice that her approach to arbitrarily advance the course of women’s 35% affirmative action is rather unwholesome, as it underplays several other variables, which are pivotal in dictating election results .

“The Honourable Minister should realise that the 35% affirmative action for women is not a blanket affirmation for all kinds of women. For any woman to benefit from this concession, she must possess election-winning qualities.”

The statement listed the qualities to include; “having good knowledge of the constituency and the people you are expecting to vote for you; must have been in active politics (seen to have worked for others); all documents’ dates and names must be consistent and in agreement with laid down norms and must have the capacity in terms of funding that can be used at the initial stage if elected to be the flag bearer.

“It is, therefore, our considered opinion that the Honourable Minister should  consider all these factors and anything short of proper investigation and taking actions based on the pseudo sentiments expressed in her favour would mean denying our party the position to the  other major party in the State.”

“Honourable Minister, it is disheartening to inform you that She has not been to her community since she made up her mind to contest the election.

“Finally, winning an election is an amalgam of so many variables. Sadly, this constituency is rather peculiar in a disadvantaged context that it is the strongest hold of the PDP because the immediate past Governor, Dickson has always exacted an overwhelming influence, which does not give room for a neophyte in politics to test the waters.

“Once again, as a mother with listening ears, it is our strong believe that you will conduct your own objective assessment and draw appropriate inferences.

“We wish to state unequivocally that Mrs Susan Waibode Akpor-Kiridi Lokpobiri  does not have the capacity to make any significant impact in this Federal Constituency apart from her sinister plan to trade with the party, which has been a reoccurring decimal in Bayelsa State.”

Ayade: I’ll Be Nigeria’s Next President