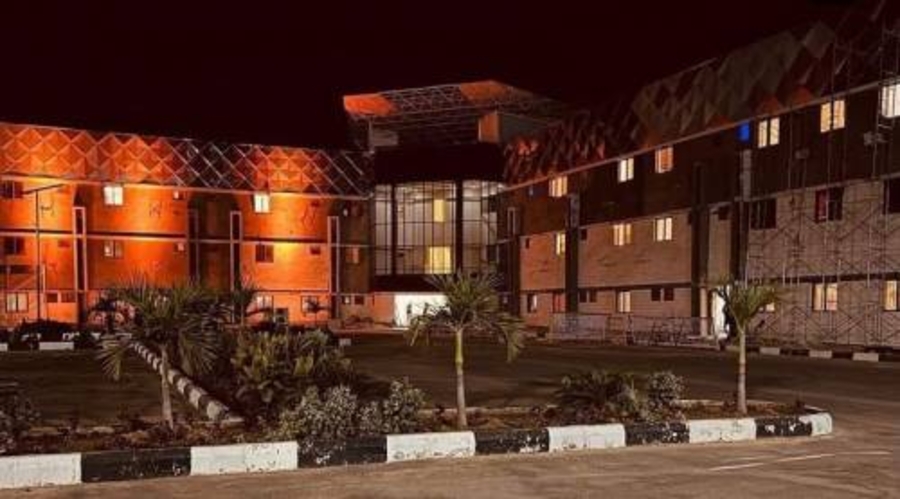 Nigeria’s Minister of Justice and Attorney-General of the Federation (AGF), Abubakar Malami, has secretly opened a new multi-billion naira hotel, “The Azbir” in Birnin Kebbi, Kebbi State following backlashes which trailed his distribution of exotic cars to supporters of All Progressive Congress (APC) ahead the party’s governorship primary in the state, according to report in Sahara Reporters.

The sprawling edifice is located along Sani Abacha Byepass, Birnin-Kebbi, according to the report, is another addition to the numerous multi-billion naira properties owned by the minister.

“The Azbir hotel was launched today, there were supposed to do opening ceremony, but because of the recent pressure that they got from media for the cars he gave out to people, they canceled the opening ceremony. But it’s opened already,” a source told SaharaReporters on Tuesday evening.

This is coming a few days after the minister distributed over 100 exotic cars to ruling All Progressives Congress members ahead of the party’s governorship primary in Kebbi State.

Exotic vehicles such as Toyota Prado, Lexus, Toyota Hilux, and Mercedes-Benz vehicles were given to them during the weekend.

Malami, a lawyer from Kebbi State who was hardly known before 2015 when he was appointed into the administration of President Muhammadu Buhari, is today one of the richest men in Nigeria.

In 2020, a series of detailed investigations carried out by SaharaReporters showed that Malami had acquired several properties whose value run into many billions of naira since being appointed into the administration of President Muhammadu Buhari as Nigeria’s chief law officer.

For example, the AGF has an underground hotel in Sokoto, three houses at Peace Estate, Abuja, a brand new state-of-the-art school in Kebbi, two houses for his sons worth N100m each and a new hotel under construction in the Jabi area of Abuja.

Malami also bought a house this year worth N150million in the Gwarimpa area of Abuja.

The newly constructed school is located at the back of NITEL in Gesse Phase 1, Birnin Kebbi, while a new house worth N600m on Ahmadu Bello Way, Nasarawa GRA, Kano, are among properties acquired by Malami since he became a minister under President Buhari.

The houses he built for his sons in Kebbi are 200 metres apart in a posh part of the city.

That is not all. Malami also built a N3billion multipurpose event centre in Kebbi State named Azbir Arena for his son in Kebbi.

The facility is said to be an entertainment centre with a plaza and kids playing section and an ongoing hotel all in one place.

This is apart from Rayhaan Hotel located on Zaria Road, opposite Aminu Kano Teaching Hospital, which the AGF massively upgraded using proceeds of corruption”, according to the report.

‘My Friends At Home And Abroad Donated The Exotic Vehicles’ – Malami