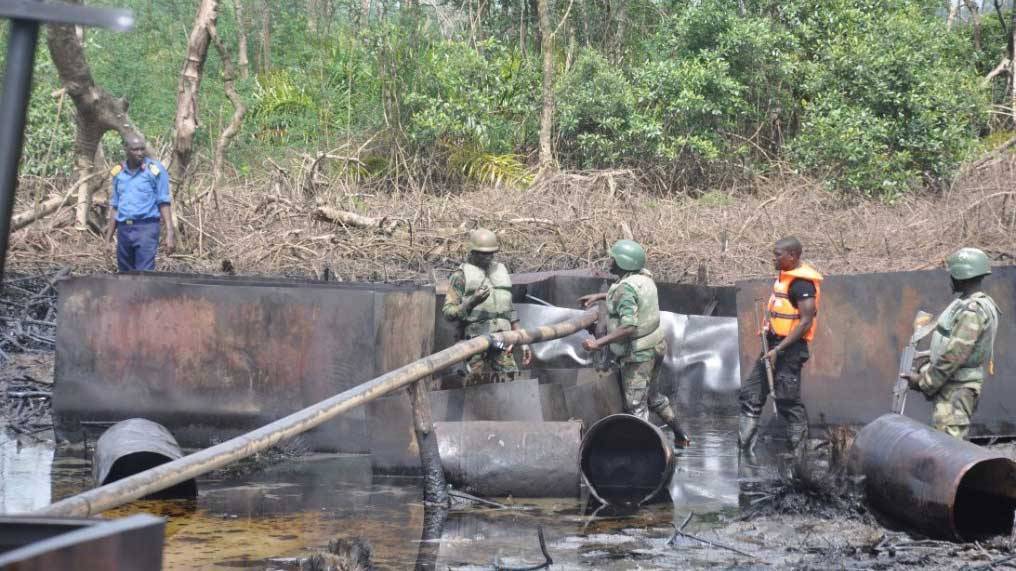 Not less than 150 persons were on Friday night roasted by fire at an illegal refinery at Abizi community in Egbema in Ohaji/Egbema council of Imo State.

It was also learnt that about 150 others were injured.

The state government has also declared one Okenze Onyenwoke, the alleged owner of the illegal refinery wanted.

The state commissioner for Petroleum Resources, Hon Goodluck Nana Opiah, who paid an on-the-spot assessment visit to the illegal facility, described the incident as very unfortunate, noting that he could not confirm the actual death figure.

He said: “It is sad, unfortunate and a lesson for our youths who are desperate for quick wealth, and this is the negative consequences of acquiring fast wealth.

“The activities of this illegal refineries have caused damages to the aquatic life and farmlands in our communities; this is unnecessary death.”

Opiah disclosed that most of the illegal refineries were not owned by the indigenes of Ohaji/Egbema council, but people from outside Imo state.

“Most of these illegal refineries (owners) are not from Imo State; some of them are from as far as Anambra, Bayelsa, Delta and Edo states; we have continued to warn our people not to accommodate them because they are sabotaging our community for the selfish aims. The state government has declared one Okenze Onyenwaoke who is the owner of the illegal refinery wanted; so, he should make himself available to the police immediately.”

When Sunday Sun visited the scene, over 100 bodies were seen littering the place.