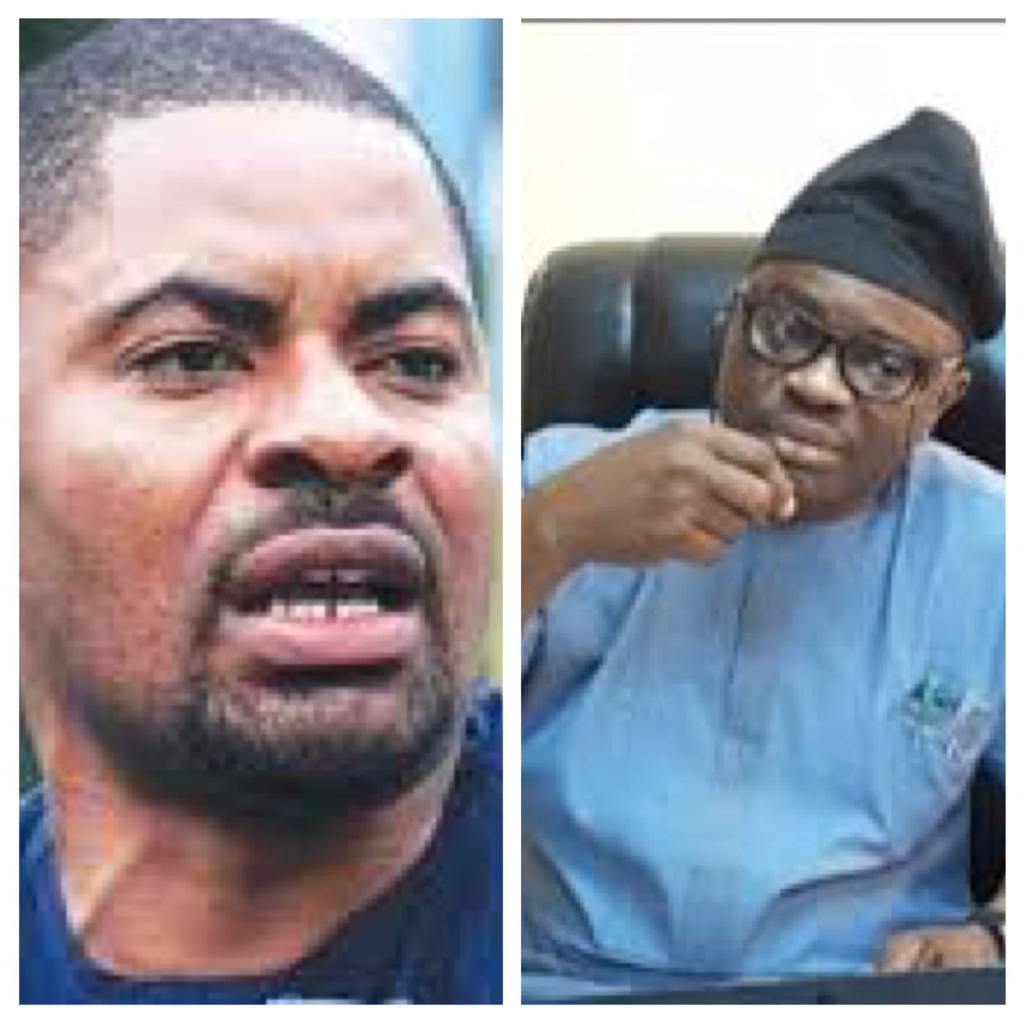 The Chief Press Secretary to Oyo State Governor, Mr. Taiwo Adisa, has taunted a popular social media Activist, Deji Adeyanju, saying fear of returning to the gulag of the Department of State Service, DSS, wouldn’t let him display his activism in the many failures of the President Buhari’s administration.

Adisa spoke in reaction to Adeyanju seething attack on Governor Seyi Makinde whom he claimed is not doing enough on issue of insecurity in Oyo state.

In a statement posted on his social media account on Sunday, Adisa stated that Adeyanju has resorted to blackmailing business since real activism appeared to have failed him.

The governor’s Chief press secretary challenged Adeyanju to direct his attention to the Federal Government, whose penchant for borrowing foreign loans has almost turned Nigeria to a beggar nation.

He asked the said activist to call out President Muhammadu Buhari on the security woes in the country and the humongous national debt profile as well as the ills that have bedevilled the nation, ranging from kidnapping, banditry and farmers/herdsmen clashes, instead of attacking Governor Makinde, who he said,  is doing everything humanly possible to stem the tide of insecurity in the state.

Adisa said: “When activism fails, blackmail takes over. You search for easy targets. You want to wonder why Adeyanju has to turn his focus on Oyo State? He said Makinde has borrowed N100bn and claimed that money can turn Oyo to Eldorado.

“How come the trillions President Buhari has borrowed has not turned Nigeria to heaven on earth?

“He won’t face Buhari, whose government has practically turned Nigeria’s Naira to a worthless paper. He won’t face the Federal Government, the real culprit on our security woes because that is a sure way to return to DSS gulag.

“He won’t see the over 200 kilometres of roads being built in Oyo State. Adeyanju is blind to the over 250km of light-up Oyo State project targeted at defeating insecurity and enhancing night life.

“Equally, he is blind to over 600 schools built, the free education policy and over N14bn of pension arrears cleared plus another 351 primary health care centres, the junction improvement projects, the bus terminals and all. This is a bad tactics to extort, failed strategy!”

Adeyanju had, last week, in a post on his Facebook timeline attacked Governor Makinde, for allegedly delivering little in the state.