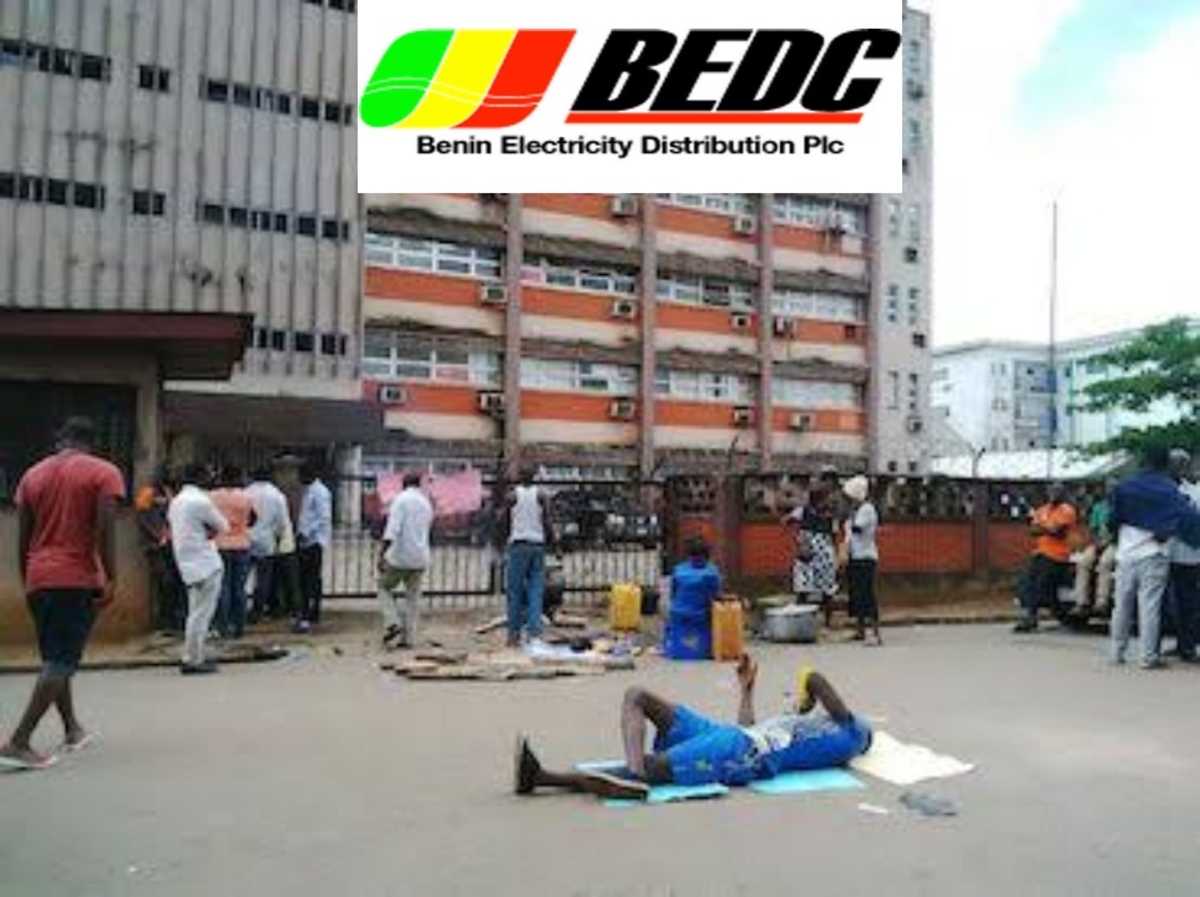 Picture only used to illustrate the story
28
SHARES
393
VIEWS
WhatsappShareTweetLinkedinTelegramSubscribe
There was pandemonium on Wednesday at Agbarho community, Ughelli North council area of Delta state as hundred of residents protested alleged hoarding of prepaid meters and poor power supply by Benin Electricity Distribution Company (BEDC).
BIGPENNGR reports that the protest which paralysed business activities in the community for the period it lasted, followed the epileptic electricity supply and exorbitant billing of residents by some dubious officials of BEDC.
Sources disclosed that officials of the BEDC fled their office as the protesters at the early hours of the day stormed BEDC office at Orido Junction to register their grievances.
The protesters accused BEDC’S officials of hoarding prepaid meters that have been paid for by some residents even as they demanded for the provision of the meters to every household to stop the “exorbitant” estimated bills they receive monthly.
There have been outrageous increase of electricity tariff from N13,000 to N30,000 monthly in Agbarho since two years ago but it became worse since late October 2020, one of the protesters said.
“Before then, we used to enjoy a maximum of nine hours power supply; from 11am to like 12:30pm, 4:30pm to 6pm and 8:30 to about 2am. Also, there was a compulsory one day blackout. But since that October, there has been no pattern. Whenever we see power, we just accept.
“Since last July, it became something else. The bill was increased from about N13,000 to N17,000 and then, N19,000 with no appreciable increase in supply. In fact, it grew worse.
“We are three tenants in my compound. Every 15th or so, they come with bills. We were shocked when in November they brought a N29,000 light bill. We complained and asked why they keep increasing the bill when we don’t enjoy light. They gave no justifiable response.
“The thing is, if this power is provided, people will pay. But when you go without power all day, then when it comes at night, you have only your fan and refrigerator running, you won’t be happy to pay such bills,” the resident said.
One of protesters who simply gave his name as Ufuoma accused BEDC of hoarding the prepaid meters and selling same to highest bidding through the back door.
“A flat rate bill of 30,000 naira per metre monthly with inadequate power supply is the reason for the protest.
It’s either there is power to match the bills or drastic reduction on the bills given,” he declared.
It was learnt that power was restored at 12pm, shortly after the protest, but disrupted about 20 minutes later.
No official response to the protest from BEDC or the community leadership as of press time but normalcy has since returned to the area.
28
SHARES
393
VIEWS
WhatsappShareTweetLinkedinTelegramSubscribe
Related Topics:
Up Next