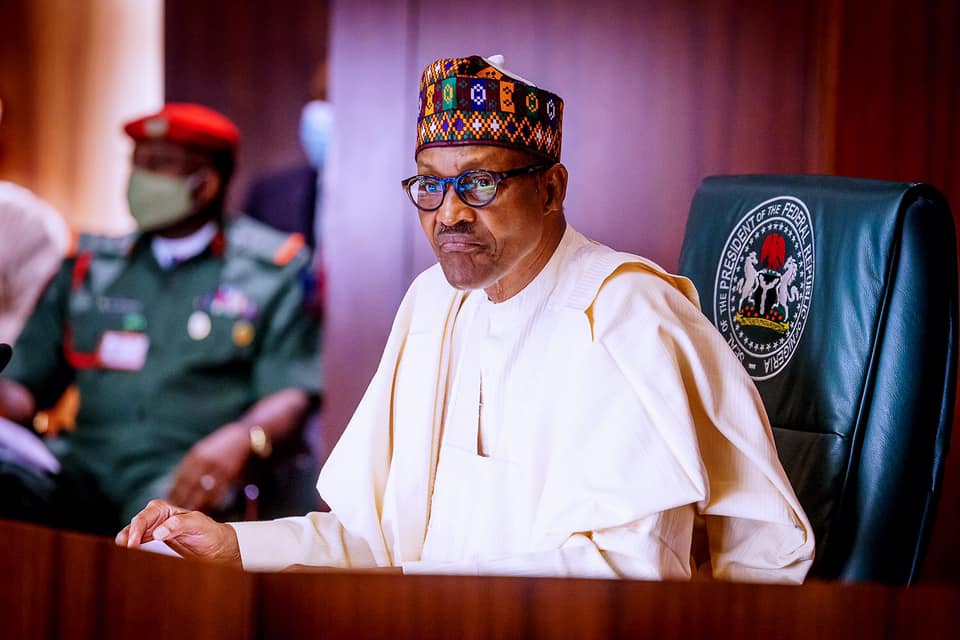 President Muhammadu Buhari has said that he will neither speak on his successor, nor name anyone as his preferred candidate because the person would be assassinated before the election.

Buhari spoke on Wednesday in an interview aired on Channels Television.

Asked to speak on the 2023 elections he said: “2023 is not my problem. I am not interested in who succeeds me. I don’t have any favourite.”

President Buhari declined to speak on his successor, when asked if he had a preference and would want to mention names. He said: “No, I wouldn’t because he will be eliminated if I mention it.  I better keep it a secret.”

The President explained his opposition to direct primaries:  “I want people to be given a choice. You can’t  give them one option, and you think that you are being democratic? Let them have  the three options of direct, indirect and consensus.

He had just one word for the main opposition party: “PDP failure.”

On his meeting with south East leaders where he had promised to look into their requests for the release of leader of the Indigenous Peoples of Biafra (IPOB), Nnamdi Kanu, the President ruled out the possibility of a political solution.

Kanu is facing charges bordering on treasonable felony instituted against him in response to years of the campaign for the Republic of Biafra through IPOB.

In November 2021, south-east traditional and religious leaders had asked the president to grant amnesty to Kanu to deescalate tension in the zone.

The President said he wants Kanu to answer for his actions, even though he does not rule out the possibility of a political solution.

Commenting on the trial of the IPOB leader during the interview, the president said: “I wouldn’t dare interfere with the judiciary.

“No. We cannot rule out possibility of political solution, but if he will behave himself all well and good. But you can’t go to a foreign country and keep on sending incorrect economic and security problem against your country and thinking that you will never have to account for what you have been doing. Let him account for what he has been doing.”

Speaking on m infrastructure development, including the power sector and the administration’s borrowing from the China, he said:  TCN (Transmission Company of Nigeria) is 100% Government. But we inherited what you call DISCOS, they  almost buried the country based on geopolitical zones. What was the basis? The people that own the DISCOS, who are they?  They are not electrical engineers, they don’t have money? Is just a political favour. We thought  that was unnecessary. I told you now we have something. I’m sure you know, what it used  to be between Lagos and Ibadan alone not to talk about the rest of the country. But we’ve got the Chinese to have the rail, to do the roads. How can we turn that down? So the Chinese are welcome. Anybody that is prepared to come and help with our  infrastructure, I have told you the roads, the rail and power will be welcome.”

He advised young people against depending on the government for jobs as he challenges them to also look in the direction of agriculture.

Asked what legacy he will be leaving behind he said: “My legacy is that I have tried for us to conduct ourselves with integrity. We have stopped stealing, misappropriation.”

(Pieced together with The Sun report)