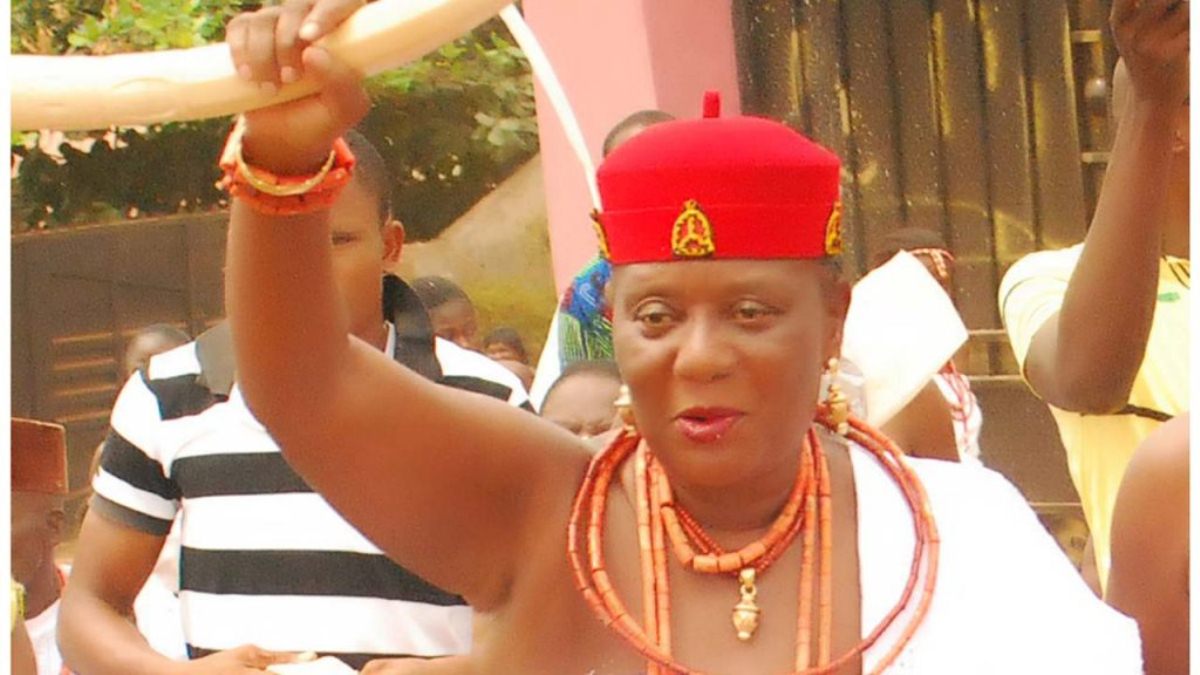 Martha Dunkwu, Her Royal Majesty, Omu of Anioma in Delta, has urged the Federal Government to fund the National Orientation Agency (NOA), to enable the agency sensitise oil communities to the issues in the Petroleum Industry Act ( PIA).

A statement signed by Paul Odenyi, Assistant Director (Press) of NOA, said Dunkwu made the call when she received the NOA Director-General, Dr Garba Abari, and the agency’s civil society partners, during an advocacy visit to her palace on Thursday in Okpanam, Delta.

The Queen said that adequate sensitisation would help to deepen understanding of PIA and avert resistance by oil bearing communities.

She observed that the PIA had been a burning topic of discussion in the Niger Delta region.

She stressed that the people were quite uncomfortable with the three per cent of oil companies’ operating expenses allotted by the Act to the Host Communities Development Trust Fund (HCDTF).

Dunkwu noted that it is because government had not sufficiently sensitised the people on the contents of the Act.

“NOA needs funding from government to flood the Niger Delta with jingles on the PIA and its benefits in Pidgin English and local languages, using local media outlets.”

She expressed her incurable optimism in the Nigerian project, adding that there was nothing wrong in committing petroleum resources to oil exploration and development in other parts of the country.

She added that state governments must be actively involved in monitoring the implementation of the HCDTF, in the interest of resolving conflicts that may arise and for the sake of peace.

Abari had earlier identified the need for traditional institutions in the Niger Delta to play active roles in coordinating the nomination of board members for the HCDTF in their communities.

He stressed that such would help to ensure the interest of their communities were best served.

Abari, who was represented by NOA Bayelsa State Director, Mr Gogo Iyaye, highlighted the benefits of the PIA to the host communities and the economy.

He called on stakeholders to work together for a hitch-free implementation of the petroleum law.

Abari stated that the commitment of NOA and its partners were committed in achieving extensive public understanding of the PIA.

He also commended Her Royal Majesty for her support for the cause and for always speaking up in defence of national interest and development.

“As a respected voice in and beyond Delta State, assist in educating host communities about their rights and privileges under the new petroleum law and mobilise them for the right action.”

Mr Henry Ushie, representative of Country Director, OXFAM in Nigeria, said they was need to devote 10 per cent of the HCDTF to addressing gender related issues.

Ushie also called on Obi Martha to champion a campaign that would address gender related issues.

He stressed the need for host communities to work harmoniously with oil companies, to implement the provisions of the PIA that would benefit them.