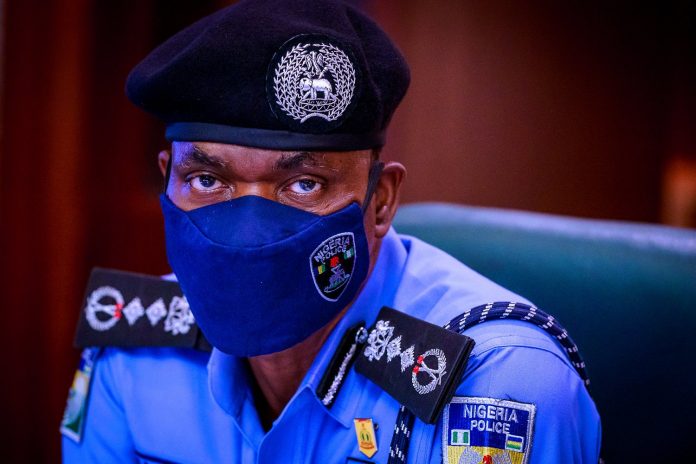 A Warri-based human rights activist, Oghenejabor Ikimi, a lawyer, has called for the decentralization of the Nigerian Police Force (NPF).

The activist, is also calling for the urgent sack of the service chiefs over their failures to ensure lives and properties of Nigerians are secured.

BIGPEN reports that the call is coming at the backdrop of the recent abduction of students from Government Science Secondary School in Kankara Town, Headquarters of Kankara Local Government Area of Katsina State.

The activist noted that the abduction of hundreds of students from their dormitories in the home State of President Muhammadu Buhari, was a national embarrassment that should not be swept under the carpet.

According to him, after the rescue operation, the incident should be thoroughly investigation and those responsible for the securing lives and properties of Nigerians who had failed the nation should be punish for it.

Giving a graphic details of why the call for the urgent sack of the service chiefs became necessary, Ikimi said; “Few days later (after the Katsina abduction incident) bandits invaded, Ogu and Tegina Communities in Rafi Local Government Area of Niger State where they abducted 22 persons and killed a priest in the process.

This is coming barely a month after 12 Police Officers who were on their way to Zamfara State from Bornu State were abducted. he noted.

According to him, Bornu, Niger, Kaduna, Katsina and Zamfara and all other States of the Federation have witnessed the spate of armed robberies, kidnappings, assassinations and murder from gunmen, hoodlums and insurgents etc. without respite.

Before the Kankara incident, 43 rice farmers were brutally murdered and massacred by Boko Haram insurgents at Zamabari Village in Bornu State.

From retrospect, in the year 2014 about 270 school girls were abducted in their school dormitories in Chibok, Bornu State by Boko Haram insurgents.

Again in the year 2015 about 100 school girls were abducted in their school dormitories in Dapchi, Yobe State by Boko Haram insurgents.

Following the development, Ikim, in a statement made available to newsmen in Warri on Tuesday, calls for a total overhaul of the nation’s security architecture, saying “I believe that the time has come for our Nation to revisit her internal security arrangements as same is presently archaic and out dated”.

According to him, “our present internal security arrangement no doubt is structured to fail as same is over centralized, and needs to be decentralized for more efficiency and activeness.

“For instance Policemen/women should be trained in line with the peculiar security challenges of the geo-political region he or she is serving.

“No wonder the several security outfits and adhoc arrangements adopted in the south west geo-political region and some States of the Federation to tackle security challenges in their States and region.

Continuing, he said; “In a decentralized Police Force, issues like, discipline, welfare, training and re-training of officers and men and operations can easily be addressed and tackled for greater efficiency and service delivery to protecting lives and properties of ordinary citizens.

“The present security arrangement which was handed over to us by our colonial masters 60 years ago to meet the needs of the colonial era is now archaic and out dated as crime has growth sophisticated and same is been detected and fought in different climes with the aid of technology such as modern helicopters, drones, CCTV cameras, body cameras, forensic labouratories, state of the art vehicles etc. to mention but a few”.

“I submit that until we decentralize the Nigeria Police Force along our six geo-political regions as recommended above and same funded, equipped and personnel trained in accordance with the security challenges obtainable in each geo-political region, we as a Nation shall continue to grope in the dark of obscurity and retrogression”, Ikimi concluded.