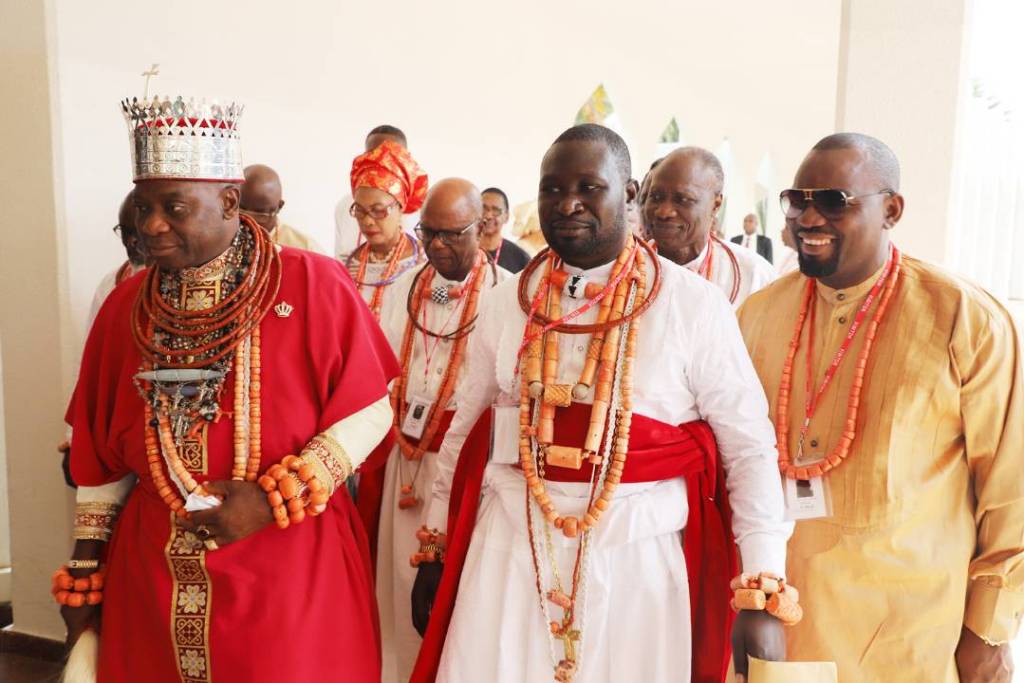 Popular traditional Prime Minister (Ologbotsere of Warri Kingdom), Chief Ayiri Emami, on Monday, escaped death when the boat he was to travel with exploded in the Warri River.

BIGPENNGR.COM understands that for reason yet to be fathom, a boat belonging to Emami went up in flame following a blast around Ugbuwangue area of Warri metropolis.

Sources said that Emami narrowly escaped being hurt in the incident which happened about 5:30pm.

It was not clear what led to the blast which have since been reported to the police.

Eyewitness said the driver of the boat and two others were injured in the blast.

Emami, second-in-command to the Olu of Warri, it was gathered was not in the boat. He reportedly changed his mind to board the boat few minutes before the boat was ripped up by the explosion.

According to some sources, the boat went up in flame after the rider tried to start it to go pick Emami up at Warri club waterside instead of Ugbuwangwe waterside.

Emami was to board the boat for an official assignment to Escravos, an Itsekiri community in Warri south west local government area Monday evening but changed his mind and asked the boat driver to pick him at the Warri club jetty, according to a report in Vanguard.

”When the driver started the boat in seconds at Ugbuwangwe jetty it was a loud explosion that followed”, Emami was quoted in the report.

“One of those with the driver sustained severe injury. I have gone to incident the development at the Police station”, he said.

He said he was to have travelled in the boat to Escravos, Warri south west local government area before the incident occurred at about 5:30pm.

According to the report, when asked if he suspected anyone was after him, he said he heard some people had been looking for his boat driver for about five days, adding that he would not be able to link it with what happened.

He however appealed to the Police and other security agencies to help unmask those behind the incident for a thorough investigation.