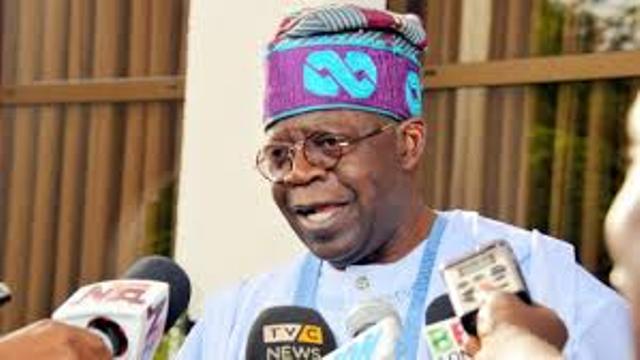 Fulani pastoralist advocacy group Miyetti Allah Kautal Hore has accused some politicians in the South of being behind the nationwide protests that started with calls for the disbandment of Special Anti-Robbery Squad (SARS) unit of the Nigeria Police Force but have escalated beyond that.

The northern pastoralist lobby said that the protests, which has lasted for more than a week, is a ploy by some politicians from certain regions to undermine and overthrow the government of President Muhammadu Buhari and also intimidate the North ‘to give up its rights to rule beyond 2023.’

The group accuses former Lagos State Governor and National Leader of the All Progressives Congress (APC), Ahmed Tinubu, of being the major sponsor of the protests as alleged by one Prof Adebisi of the University of Ibadan.

A statement jointly signed by the President and Secretary of the organisation, Alhaji Bello Bodejo and Alhasan Saleh, respectively, questioned why the youths would continue to protest and disrupt socioeconomic activities after their demand for the disbandment of SARS had been granted by the Federal Government.

‘The protests have, undoubtedly, yielded the desired results with the government accepting their genuine demands and working to address all of them. For us, Nigerian citizens came out en mass to demand for justice, and the government responded positively.

‘It’s therefore, unacceptable for the protesters to now involve blocking of roads, thereby denying other citizens the right to use the roads. This is an attempt to ground the country and create more suffering in the midst of COVID-19 pandemic.

‘We have also discovered ethnic and regional colouration to the protests. Some people from certain regions are trying to undermine and overthrow a democratically elected government or intimidate the North to give up its rights to rule beyond 2023.

‘Our findings also revealed that the former Lagos Governor is the sole financier of the ongoing protest having lost out in the plans to contest the Presidential election under APC in 2023. His game plan, therefore, is to bring down the administration of President Buhari, since he can longer realise his presidential ambition.

‘We will hold him accountable should anything happen to President Buhari’s administration. To avoid this, he must immediately put the protest to an end while the Federal Government put in modalities to address the challenges confronting the nation.’

Miyetti Allah commended the maturity and professionalism of the Inspector-General of Police, Mr Mohammed Abubakar Adamu, despite the violent turn of the protests.

They said that the IGP’s consistent warning to police officers and their commanders against the use of force on protesters is commendable and has clearly shown that police reform is already taking place.

‘While it’s citizens fundamental rights of freedoms of expression, assembly and movement, Miyetti Allah is again alerting the public that desperate politicians have hijacked the protest for personal, selfish reason and this must not be allowed to continue,’ the group’s statement reads. (Daily Sun)