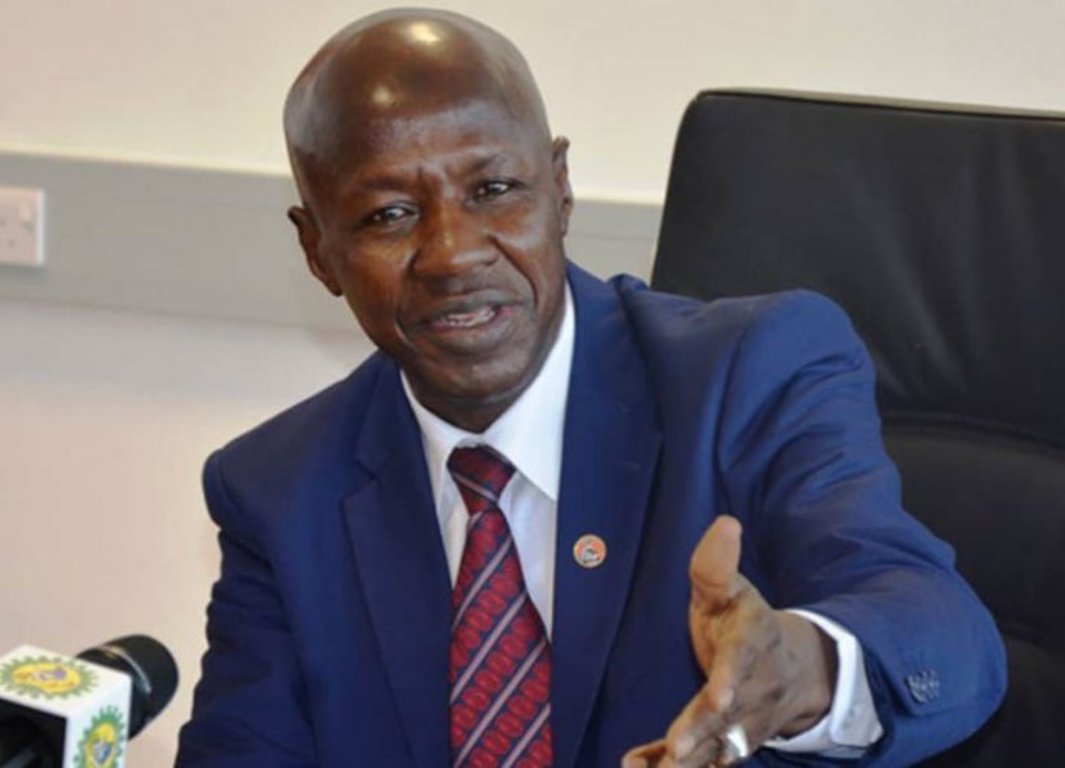 The Nigeria’s Police Authority may queried the former acting chairman of the Economic and Financial Crimes Commission, Ibrahim Magu over his alleged involvement in anti-establishment activities and fraud while he served at the anti-graft agency.

BIGPEN exclusively learned that the police authority has concluded plans to issue query to Magu on the backdrop of the interrogation by a presidential panel investigating sundry allegations of wrongdoing against him.

According to sources, the query may be followed with a redeployment from the EFCC to another department of the Force when he is found wanting.

Magu has been facing a presidential panel over allegations of fraud leveled against him in a memo written by Attorney General of the Federation, Abubakar Malami.

EFCC, in a statement by its spokesman, Mr. Dele Oyewale had claimed that Magu was on his way to the Force Headquarters, Abuja for a meeting when he was served invitation by a panel currently sitting at the presidential villa in Abuja.

But sources said that the former EFCC boss was actually heading to the force headquarters at that time to answer series of petitions against him.

Top sources told this medium that Magu, a Commissioner of Police can now be issued a query which he is mandated to reply to normally adding that for the police force to set up a penal for him, there must be hard evidence, facts of his alleged involvement in financial embezzlement being levelled against him.

“All you hear about Magu are mere scandals. The police doesn’t work with scandals.

“There must be hard evidence, facts and any panel set up by the Force Headquarters to investigate and try Magu must prove their allegations beyond reasonable doubt.

“I mean they must prove it. Police trial is not like going to court or panel probing, it is a different world entirely”, the source added.

The source said that the police authority cannot sack Magu on account of a presidential panel’s report saying that police doesn’t work with external panel reports.

The source disclosed that whether the presidential panel indicts Magu or not, he cannot be queried or redeployed without the police doing their own investigation and probe.

“The highest they can do to Magu is to demote him only if they found him guilty.

“He can only he issued query, and warned if he is a first offender and redeployed if the offence is very severe and the police doesn’t want scandal by allowing him to continue in the EFCC.

“The only thing they will do to him is to demote him only if he is found guilty by a police panel and not a presidential panel”, the source affirmed.

BIGPEN learned that Magu may voluntarily retired from the Force at the end of the whole saga.

Magu who was appointed as acting chairman of the EFCC on 9 November 2015, was suspended on 7 July 2020 and replaced by Muhammed Umar as the acting EFCC chairman.

He was enlisted into the Nigeria Police Force as an Assistant Superintendent of Police in 1990 after serving in various Ministries and Departments in the Borno, his home state as an Accountant and Zonal Accountant.

The former EFCC’s boss was the Coordinator, Nigeria Police Building Society before moving on to Special Fraud Unit (SFU) of the Nigeria Police Criminal Investigations Department (CID) where he served as a team leader in charge of Financial Crimes, Money Laundering and Advance Fee Fraud investigation.

Magu was a member of the investigative committee constituted by National Security Adviser (NSA), Babagana Monguno on the orders of President Muhammadu Buhari to probe the procurement of arms in the Armed Forces from 2007 to 2020.

Magu was promoted to the rank of a commissioner of police from deputy commissioner by the Police Service Commission on Friday, April 28, 2018.