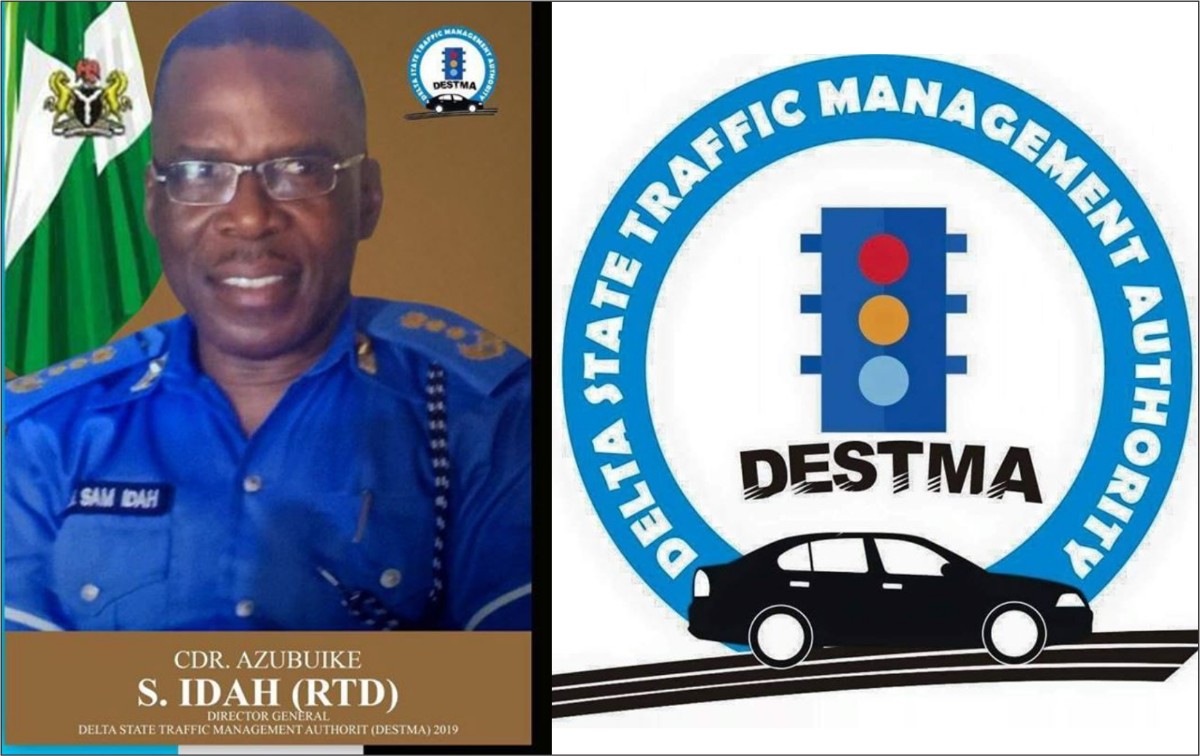 Month-long investigations have revealed that consecutive allegations of embezzlement, bribery, physical assault, institutional oppression, official misdemeanor among others, placed the Delta State Traffic Management Authority at the top of the list of most scandalized government parastatal in Delta State.

Established in 2016, Delta State Traffic Management Authority (DESTMA), a body responsible for upholding traffic integrity and persecuting traffic offenders in Delta State, is in the hands of a serial traffic offender, who had been allegedly convicted multiple times in the United State, investigation revealed.

Mr. Samuel Idah, initially appointed Director of Operations of DESTMA, was screened and confirmed on September, 2019 as Director General of the agency under questionable circumstances.

Findings revealed that out of the sixteen (16) court appearances found in a search carried out in the United States of America, Mr. Idah was found guilty of eight (8), all of which were traffic related offences including speeding, disobeying stop sign, driving defective vehicle, misdemeanor and so on between 1995 and 2015.

According to court documents, Idah was convicted of a traffic offence on Mar. 18, 1997 by a Virginia Beach GD Court and for misdemeanor (traffic).

Following this, industry experts queried the irony that one so convicted of such numerous traffic offences, should man a traffic agency, especially when the last offence charged for was in 2015 barely months before he resumed duty in the agency?

Compounding the intrigues, credentials obtained from the Delta State House of Assembly, shows that the Director General, Mr. Samuel Idah, neither has a Discharge Certificate nor has Exemption Certificate of the National Youth Service Corps (NYSC).

His inability to present the certificates, grossly contravenes the provisions of Nigerian’ Laws considering a classic example of former Minister of Finance, Kemi Adeosun’s.

However, affirming the illegality, he was screened and confirmed by the Delta State House of Assembly, under the leadership of Rt. Hon. Sheriff Oborevwori, even as he neither presented a National Youth Service Corps (NYSC) discharge certificate nor exemption certificate in his Curriculum Vitae submitted to the House.

Confirming the information, Mr. Idah said he did not undergo the compulsory youth service as he was above the age when he graduated adding that he didn’t find it necessary since the laws establishing the Delta State Traffic Management Authority (DESTMA) did not stipulate it.

He said, “I can’t lie, I don’t have it. I was screened by the State House of Assembly. Moreover, the law establishing the DESTMA did not stipulate it.”

Recall that, in the heat of the Kemi Adeosun saga, Anthony Ani, former Director Of Mobilization at the National Youth Service Corps (NYSC), stressed that the NYSC Act prohibits working in Nigeria without any of the certificates.

According to him, as reported by The Cable, “according to Section 13 of the NYSC Act. If you give false information concerning the NYSC you are liable. If you present a certificate that was not issued by NYSC, you are liable. It’s a criminal offence. Whoever is employing anybody in this country whether private or government, once you are coming in to take that appointment you are supposed to present your NYSC certificate; either Certificate of National Service or Certificate of Exemption. And it is also the responsibility of your employer to request for it, that is what the law says.”

The year-long service, organized by the National Youths Service Corps (NYSC), is compulsory for all Nigerians who graduate from universities or equivalent institutions at less than 30 years of age.

In addition to being a requirement for government and private sector jobs in Nigeria, the enabling law prescribes punishment for anyone who absconds from the scheme or forges its certificates. Eligible Nigerians who skipped the service as Mr Idah has done, are liable to be sentenced to 12 months imprisonment and/or N2,000 fine, according to Section 13 of the NYSC law.

The NYSC Act stipulates that a Certificate of Exemption is awarded or given to a graduate who doesn’t participate in the one-year service. Such a graduate could not be mobilized because he or she is over-aged (i.e. above 30) as at the time to register for NYSC mobilization.

Granting that the NYSC disallows graduates above 30 to take part in the one year programme of service, instead of giving them a Discharge certificate (for the served ones), they are presented with Exemption letters.

Meanwhile, such an over-aged graduate must equally register for the NYSC mobilization but will not be mobilized.  His or her exemption letter will be delivered to the school. Hence, such a person may choose to pay for it online or wait for the school to receive it.

The Action of the Legislature Is Null – Lawyer

Reacting to the issue, a lawyer, Mr. Chukwuemeka Onyishi considered the screening of the State Assembly a nullity in view of the fact that a federal law clearly spelt out conditions for working in Nigeria.

According to him, “Even though the law establishing the DESTMA does not provide for any candidate for the position having either an exemption letter or discharge certificate, the NYSC Act has an overriding effect over any law.”

“In that situation, the action of screening  without the NYSC certificate is a nullity, because ab initio, he is not qualified. If anybody takes that up, he has a case in the court of law,” he stressed.

Editor’s Note: This is report is Part I of an investigation x-raying the rot inside the Delta State Traffic Management Authority (DESTMA). No part of this report may be published without the express permission of the author.

Buhari To Service Chiefs: I’ve Heard Enough Of The Excuses, Buckle Up!

Edo Primaries: No Going Back, June 27 Is Sacrosanct – INEC Warns PDP, APC, Others