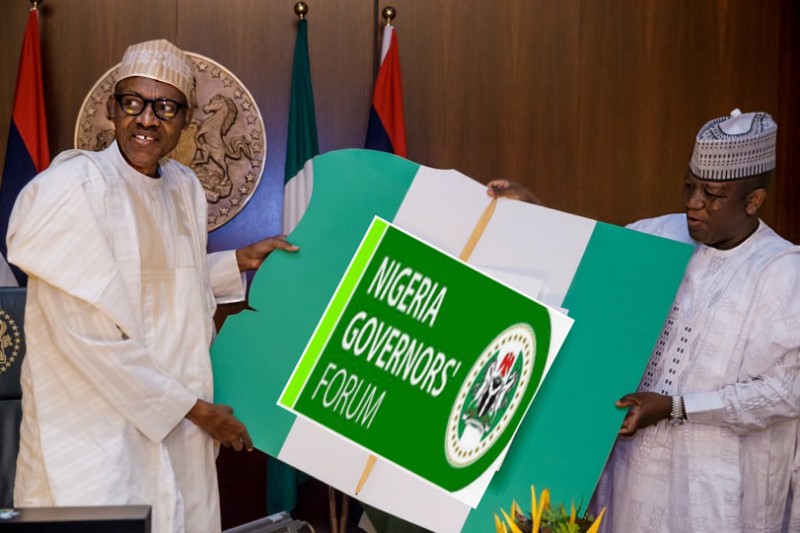 The Court of Appeal in Lagos has finally okayed the request of the Economic and Financial Crimes Commission (EFCC) for the final forfeiture of N1.4billion which a firm, Melrose General Services Limited, obtained from the Nigeria Governors’ Forum (NGF) through false claims.

Melrose is allegedly linked to outgoing Senate President, Dr Bukola Saraki, whose two aides- Gbenga Makanjuola and Kolawole Shittu are being prosecuted by the EFCC in respect of the matter.

Justice Cecilia Olatoregun of the Federal High Court in Lagos had on April 27, 2018 ordered the final forfeiture of the said N1.4billion to the Federal Government.

Dissatisfied with the verdict of Justice Olatoregun, Melrose General Services approached the appellate court for redress, asking it to set aside the pronouncement of the lower court.

But in its judgement on the matter on Friday, the Court of Appeal dismissed the appeal of Melrose (the appellant) and resolved the four contentious issues in favour of the EFCC (the first respondent).

The appellate court further held that Melrose appeal lacked merit and ordered the firm to pay 100,000 cost to the EFCC.

The appellate court also held that Melrose could not show that the said funds were lawfully earned by it.

It added that section 17 of the Advance Fee Fraud Act, 2006, which the EFCC relied on to seek for the forfeiture of the said funds was constitutional.

According to the Court of Appeal, Melrose was not denied fair hearing in the matter.

Justice of the Court of Appeal (JCA), Justice Tijjani Abubakar wrote the lead judgement, Justice E. Tobi delivered the judgment while Justice O. A. Obaseki-Adejumo concurred with the verdict.

According to EFCC’s Head, Media and Publicity, Tony Orilade in a statement, Lawyer to the Melrose, Mr Olawale Akoni (SAN) argued the appeal while the lawyer to the EFCC, Mr Ekele Iheanacho, appeared for the Commission.

The EFCC had claimed that Melrose obtained N3.5bn from the Nigeria Governors’ Forum by making false claims.

The firms were accused of impersonating a consortium of consulting firms engaged by the NGF for the “verification, reconciliation and recovery of over-deductions on Paris and London Club Loans on the accounts of states and local governments between 1995 and 2002.”

But the EFCC insisted that the original firms engaged by the Governors’ Forum were GSCL Consulting and Bizplus Consulting Services Limited.‎

Usman Zakari, the alter ego of Melrose General Services Limited, Robert Mbonu, made a false representation to the Governors’ Forum, causing the forum to pay N3.5bn to his company on December 14, 2016.

Zakari said the money was credited into the Access Bank account of Melrose General Services Limited, adding that Melrose and others dissipated and laundered about N2.3bn out of the money between December 15, 2016, and January 20, 2017, leaving a balance of N1.2bn.

Zakari said the anti-graft agency had also recovered N220m out of the laundered sum from WASP Networks Limited and Thebe Wellness Services.

The EFCC had on October 13, 2017 obtained an interim order from Justice Mojisola Olatoregun, placing a “Post No Debit” order on the accounts containing the N1.2bn and N220m.

The Judge had made the order following plea by the lawyer to the EFCC, Mr Ekene Iheanacho, that it would best serve the interest of justice for Melrose and others to forfeit the N1.4bn temporarily to prevent them from dissipating same.

The Judge, after granting the interim freezing order in 2018, directed the EFCC to publish the order in a national daily giving anyone interested in the funds 14 days to appear before the court to show cause why the funds should not be forfeited permanently.

Subsequently, one Prince Godwin Maduka and Linas International Limited showed up before the court, praying separately that the funds should be forfeited to them.

Maduka claimed that his firm, Udemgaba Maduka & Associates, had been engaged in 2011 as a consultant by Zamfara State Government to help the state recover some hanging funds, with an agreement that it would be paid 20 per cent of the recovered funds.

He urged the court to forfeit the N1.4bn to his company to cover Zamfara State’s alleged indebtedness to him.

But the EFCC opposed Maduka, contending that the suit was not a debt recovery suit and that Zamfara State was not a party to the suit.

In her verdict on the matter, Justice Olatoregun upheld the EFCC’s argument and dismissed Maduka’s claims.

On its own part, Linas International Limited said it was entitled to the payment of $6m from Nigeria Governors’ Forum.

But Justice Olatoregun also dismissed its claim, holding that the suit was not a debt recovery suit.

Having dismissed both claims, the judge ordered the permanent forfeiture of the N1.4bn to the Federal Government.

Give Omo-Agege Your Vote As Dep. Senate President – APC Chieftain To Senators