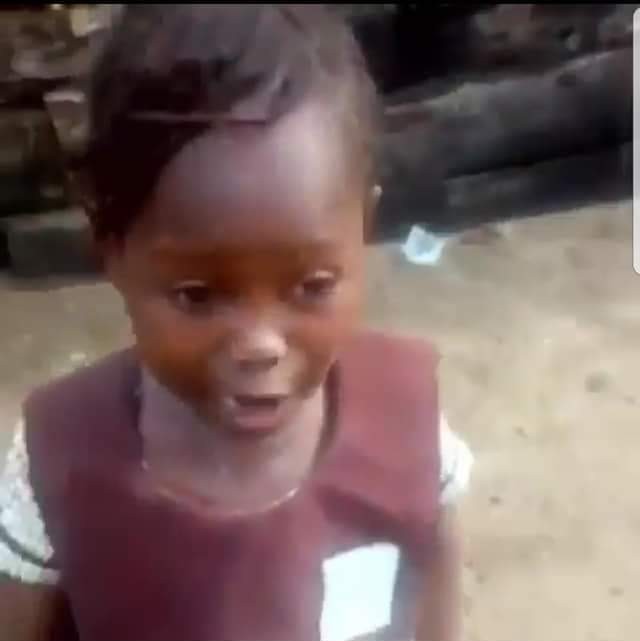 “Caesar’s wife,” they say, “must be above board”. But this seems not to be the case in respect of the events that have emanated from the “dem go flog tire” video of Success Adegor of Okotie Eboh Primary School that went viral. It is no news that the state of many public primary schools in Delta State are in dire straits and it is also no news that many of them also charge various ‘unapproved’ sums and often send away students who are unable to pay these ‘illegal’ fees.

Over the last few years, the Inspectorate Service in the Delta State Ministry of Education has been ineffective and the erstwhile Edu Marshalls that used to comb the streets in search of out – of – school children have largely been invisible. It was scrapped for no good reason. Thus, in the state, there has been poor and ineffective monitoring of activities in the education sector as well as derelict oversight with respect to the state of infrastructure in many of the public primary schools. As a result of these, it would appear that there are more children out of school today than in previous years.

The response of the Delta State Commissioner for Education to the recent viral video has been nothing but a knee jerk response. Almost immediately after follow-up videos, showing the state of dilapidation of the school went viral, the Ministry of Education began renovating the school (sic) and this has left many more questions begging for answers. Why did the Delta State Ministry of Education wait for an incident to occur before renovating the schools?

Why did they wait till the school structures were unfit to house a poultry farm before commencing with renovation? Why did they start with the other school and left the one that drew government attention? What is the fate of the several other government owned primary and secondary schools that are in similar or worse conditions?  Has a state of emergency on the poor state of infrastructure in public schools been declared or is the commissioner for education waiting for another incident and another viral video with the usual attendant public outcry and negative publicity?

BIGPEN ONLINE critical analysis of this particular incident, further exposes the knee jerk response of the commissioner. Investigations reveal that the headmistress of the school was also suspended before she had responded to any query. As a matter of fact, as at the morning of Monday, the 18th day of March, 2019, when the commissioner was telling the press that the headmistress had been issued a query, she was yet to be informed in writing about neither the query nor the suspension, nor had she been allowed to make a response in writing. It was obvious that a scapegoat was needed and who else could the ministry make a scapegoat if not the headmistress of the school.

This medium had reported that top officials at the headquarters of SUBEB and Ministry of Basic Education in Asaba have been embroiled in school fees/levy scam as well as teachers’ posting and transfer scandal. What has the state government done over the years to tackle these ugly situation and probe the reported shady deals ongoing in most public schools particularly primary schools in the state involving Local Government Education Secretaries in various council areas, the CIEs and officials of Ministry of Basic Education, Post Primary Education Board, PPEB and SUBEB.

Investigations also show that similar ‘illegal’ fees as charged in Okotie Eboh Primary School I are also collected in nearly all the primary schools under the charge of the Sapele Local Government Education Authority, nay the state and with allegedly, some level of approval. So, are all the other headmasters and headmistresses going to be suspended too? Will they be suspended only in response to an incident and without fair hearing?
Nevertheless, the headmistress too is vicariously responsible for the sending away of students on account of their not being able to pay the said illegal fees which she claims were approved by the Local Government Education Authority. She cannot be absolved of this crime against the children and their future, where they were being wrongfully denied of learning opportunities due to no fault of theirs.

One question no one seems to be asking in all these is, “were the collected funds actually used for the said purposes for which they were being collected from the students?” If the answer to the above question is no, then the headmistress and her accomplice(s) should be prosecuted, to serve as a deterrent to others. And if yes, then it means that there are truly large funding gaps in the public education sector in Delta State and the state needs to address the funding deficit in the education sector. Perhaps what the state also needs as its commissioner for education is not a reactionary individual but a proactive person who has a very good grasp of developmental education and with a proven track record too.

BIGPEN ONLINE supports the call for a state of emergency to be declared in the public education sector in Delta State. We also recommend, in addition, that the Edu Marshals that was scrapped be reinstated and be made more effective or another education task force that suit the policy thrust of this administration that would not only check truancy by school pupils but also monitor administration of public schools and that the Inspectorate Service in the Ministry of Education should be more effective and visible at schools.

We would also urge the state government to introduce “mystery shoppers”, as an additional quality control mechanism, to our education system, who would mask as parents, obtain firsthand information from the schools about their various practices, and report to the Commissioner.

In addition, increased budgetary allocations to the education sector, to adequately fund, equip and provide infrastructures for the schools should be provisioned for.

In view of the deterioration in the quality of education in our public schools in Delta State over the last few years, coupled with the increasing negative indices, the incompetence and inadequate supervision by the commissioner, his poor display of understanding of the issues as regards education, which have been heightened by the poor handling of the fallout of this “Success” story, the commissioner for education, should also, as a matter of urgency, be relieved of his duties. This incident is merely a symptomatic manifestation of the multiple maladies that have plagued the education sector under his watch. If there should be any scapegoat, then he should be the one.