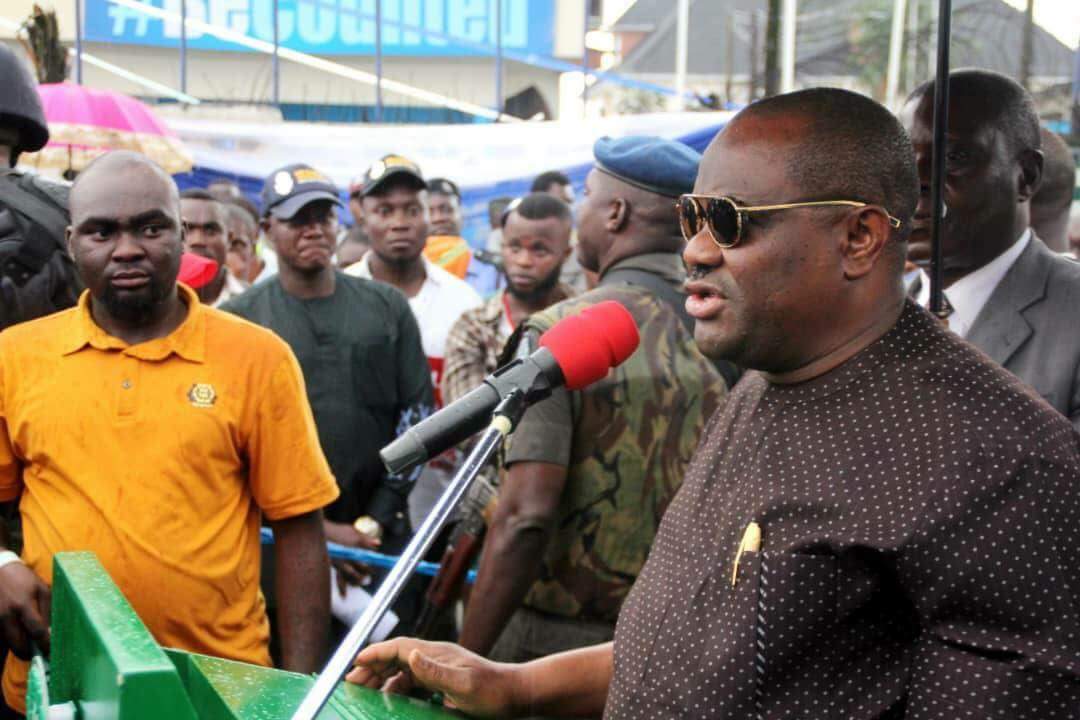 No fewer than 13 persons have been detained by the Nigerian Army over illegal possession of ballot papers and bribe taking during Saturday’s Presidential and National Assembly elections.

Among those arrested are Rivers Commissioner for Urban Development, Dr Reason Williams and Mr Opokri Wanaka, a serving member in the Rivers State House of Assembly.

Others are a army major and three police officers accused of collecting bribes to compromise election materials kept inside the premises of the Central Bank of Nigeria. Col. Aminu Iliyasu, Spokesman of 6 Division, Nigerian Army, Port Harcourt, spoke when he paraded the 13 suspects in Port Harcourt on Tuesday.

News Agency of Nigeria, NAN reports that Williams and Wanaka were arrested for attempting to induce troops stationed in Akinima Area of Rivers to rig the election in favour of an unnamed political party in the state.

”On Feb. 23, at about 7 a.m, a member of Rivers State House of Assembly, Opokri Wanaka in company of Dr Reason Williams, Rivers Urban Development Commissioner visited our troop’s camp in Akinima.

”Thereafter, Opokri offered the commander of the camp some amount of money that he removed from his pocket but the officer rejected the offer and sent the duo away,” he said.

He claimed that the two government officials later resurfaced at an army checkpoint in Mbiama to plead for the release of eight unnamed suspects caught in possession of sensitive election materials.

The army spokesman said the eight suspects were driving a white Hilux vehicle with a Rivers State Government plate number L02-03 RV RIVERS during their arrest.

According to him, a carton and two bundles of election ballot papers were discovered in the vehicle which immediately raised eyebrows – as the occupants were neither INEC staff nor ad hoc staff.

”Incidentally, during the course of our on-the-spot interrogations, the same Wanaka and Williams appeared on the spot and told troops that the vehicle was part of INEC convoy that was left behind.

”Wanaka and Williams demanded that the vehicle be allowed to go but our men refused. Later, Williams put a call to a governor (names withheld).

”After much resistance, the officer gave Williams his phone number to pass on to the governor. Soon after, the governor called the officer via WhatsApp message,” the army spokesman said.

Iliyasu, however, played a 10 minute recording to the hearing of journalists, which purportedly was made by the governor to the army officer.