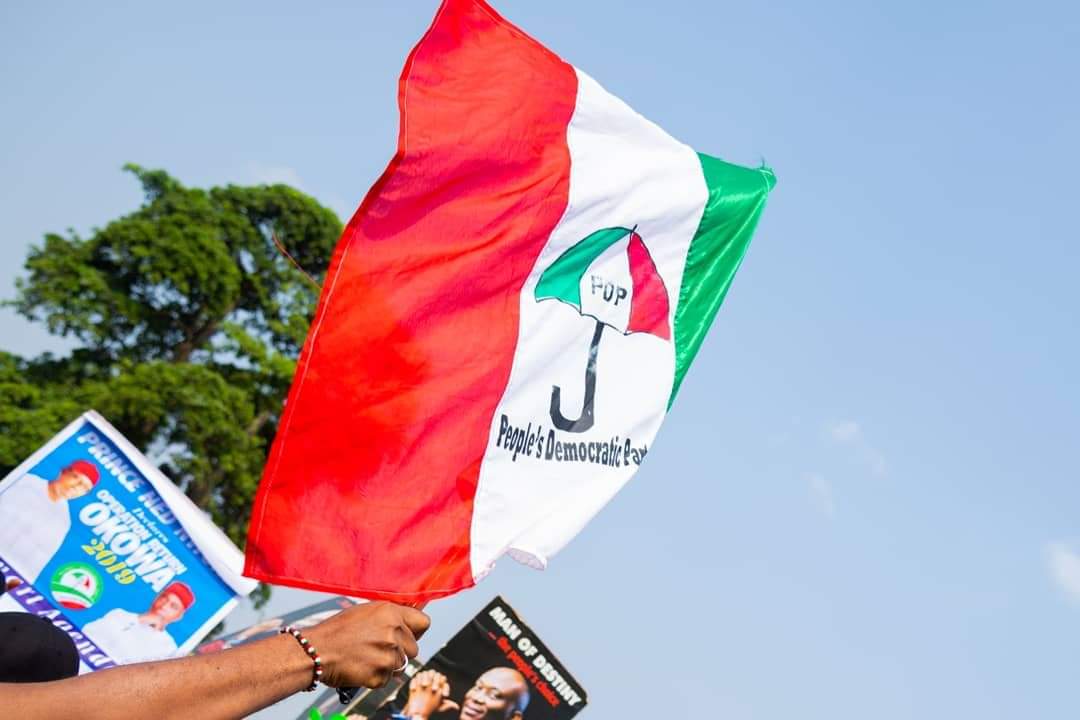 The Delta State Chapter of the Peoples Democratic Party (PDP), has called on its members not to bask in the euphoria of the performance of the party in the last Saturday’s presidential and national assembly elections to drop their vigilance on the opposition party, APC.

This was contained in a statement by State Publicity Secretary of the party, Dr. Ifeanyi M. Osuoza, while expressing thanks to teeming party members, leaders, faithful and supporters, for standing by the party to ensure its resounding victory during the presidential and national elections in the State.

The statement reads, “We cannot thank all of you enough, our dutiful party stalwarts, members and supporters for remaining resolute and steadfast in supporting all the candidates of our great party at the elections to victory.

“This is especially against the backdrop of the daunting challenges and evil machinations of our opponents, particularly, the All Progressives Congress (APC), whose vile orchestrations of intimidation, assassinations, murderous attacks, and assaults, among other devilish tendencies on our members and supporters across the State, were intended to run the PDP faithful aground.

“But you stood firm and remained steadfast for the party and refused to be intimidated, to the point that PDP candidates emerged successful at the national elections.

“As we continue to appreciate your doggedness and cherished beliefs in the ideals of our great party, we equally urge and request that you go with this might and courageous gallantry into the next and most critical round of elections.

“We charge you to remain ever committed to seeing that the PDP remains in power in Delta State as you continue to work hard for the re-election of our governorship candidate and the other candidates for the State House of Assembly elections, coming up on March 9, 2019.

“As you already know and understand, it is not over until it is over. Therefore, we wish to further appeal that as PDP faithful, you don’t drop your guards yet as the March 9, 2019 Governorship and House of Assembly elections are also crucial and MUST be won for the PDP.

“We urge you to approach the coming elections of March 9, 2019 with the same resolve and impetus that culminated in PDP victories in the February 23 national elections”.

Rivers Commissioner, 13 Others Detained Over Illegal Possession Of Ballot Papers