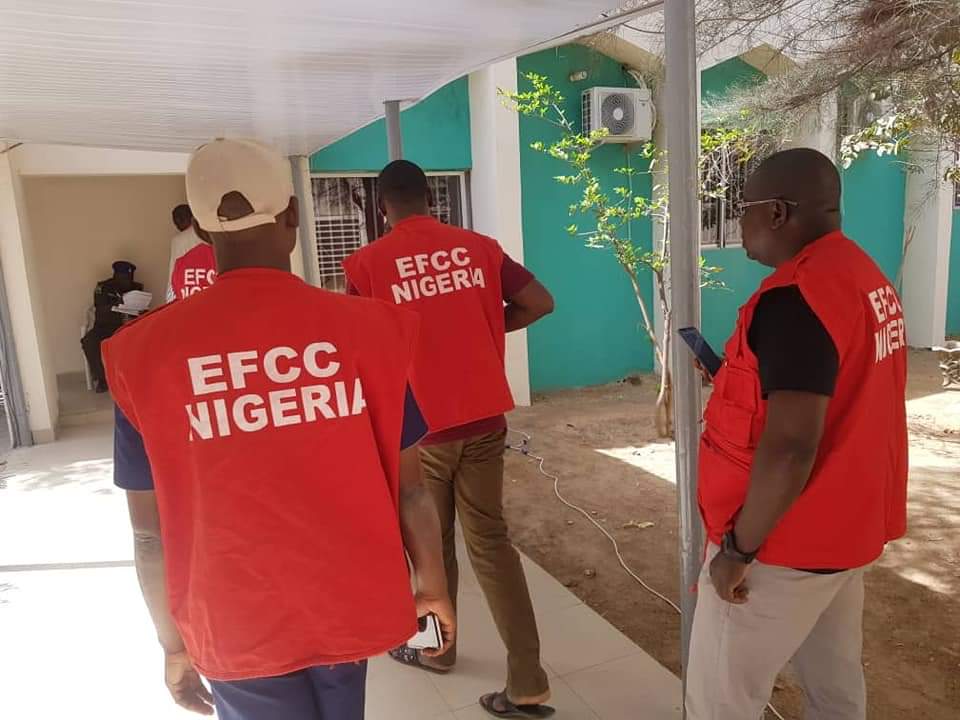 Spokesperson of the agency, Tony Orilade in a statement said, the suspects were arrested with two fibre boats, laden with petroleum products from a hijacked vessel, MT Mama Elizabeth, by the Nigerian Navy on August 30, 2018 in Lagos and some parts of Ondo State and handed over to the Commission for further investigation and prosecution.

At the point of arrest, the sum of N3, 500,000.00 (Three Million, Five Hundred Thousand Naira) only, which was suspected to be proceeds from the sales of the illegally acquired products, was found on the suspects.

One of the counts reads: “that you, Ayeni John, Emmanuel Tosu, Emopin Monein, Malade Aiyetimiyi, Odroja Ojune, Ikedehinbu Idowu, Abogun Ota, Elamah Augustine, Olarotimi Elikanah, ThankGod Benjamin, Abbas Friday, Victor Goldsmith, Gbenga Thomas, Ibane Austine, Idowu Surprise, Asemia Thomas, Agbayoh Lawrence, Salihu Malik and Ayetiniyi Ademola, between August and September 2018, in Lagos within the jurisdiction of this honourable court, conspired amongst yourselves to commit an offence to wit: dealing in about 21,840 litres of Automotives Gas Oil(AGO) without appropriate licence and thereby committed an offence contrary to Section 3(6) of the Miscellaneous Offences Act, Cap M17, Laws of the Federation of Nigeria 2004 and punishable under Section 1(17) of the same Act.”

The defendants pleaded not guilty to the charge.

In view of their plea, the prosecution counsel, Mohammed Idris, asked for a trial date and prayed the court to remand them in prison custody.

However, counsel to the defendants, O.S. Odueso, told the court that he had a pending application for bail on behalf of his clients.

Justice Aikawa ordered the defendants to be remanded in prison custody, and adjourned the matter sine-die, “an open date that will be communicated to both counsels” for the hearing of the bail application and commencement of trial.