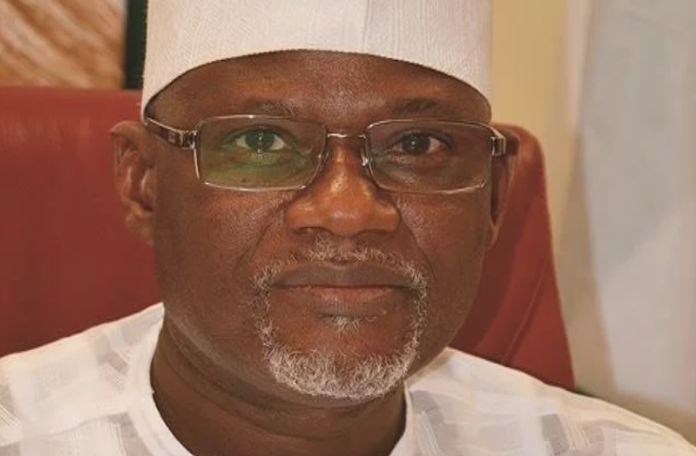 Senator representing Kaduna North, Suleiman Hunkuyi on Sunday escaped alleged assassination attempt alongside several other of his supporters and chieftains of the All Progressive Congress, APC in Mogadishu layout, Yan Doya.

The senator who was in company of Tijjani Ramalan, the Chairman of Liberty TV/Radio were reportedly targeted by the assailants who allegedly invaded their meeting venue.

Reports say the incident occurred on Sunday around 3:30pm, at the end of a stakeholders forum organised for stakeholders of Kaduna Central Zone at the NUT hall, Mogadishu layout, Yan Doya.

Online Edition of Voice of Liberty, quoting a source from the area says “Sponsored assassins” found their way into the hall and sat amongst the audience.

“Seeing the event was coming to a close, some of them “broke a fire extinguisher creating a loud bang” which led to a panic.

“Soon after, the gunmen appeared from within the crowd yielding axes, guns and other weapons”.

The report which quoted other witnesses say the gunmen numbering about 10 wielding guns and other weapons with clear intent on causing maximum damage, purportedly targeted the senator and Ramalan who were later whisked away from the venue without hurt.

“The Senator and a chieftain of the APC, Alhaji Tijjani Ramalan were the obvious targets, as both men were shot at severally but they both narrowly escaped with their lives.

“However, damage caused by bullets were seen on the vehicle belonging to Tijjani Ramalan as the gunmen made efforts to assassinate him while he was driven away by his Security team.

“Several injuries were also reported with no casualties”, report says.

Meanwhile, one suspect have been arrested in connection with the incident.

BigPen Online recalls that Senator Suleiman Hunkuyi, has been in a legal battle with Kaduna state government led by Governor Nasir El-Rufai after the demolition of his house located at 11B Sambo road in Kaduna.

Hunkuyi, recently filed a suit against the Governor, demanding N10 billion for the demolition of his house which was used as the head office of a faction of the All Progressives Congress (APC) in the State.

Bullet hole in one of the shattered vehicles