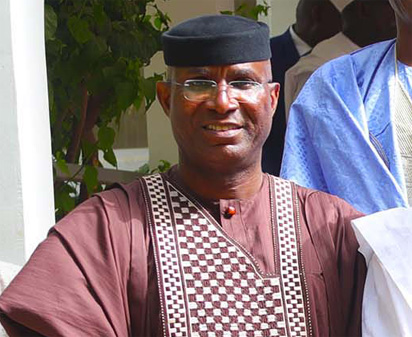 The lawmaker representing Delta Central senatorial district, Senator Ovie Omo-Agege has been reportedly arrested by the Police over the snatching of the mace, the senate symbol of authority.

Senator Omo-Agege was picked up by the police on Wednesday afternoon in Abuja, possibly in connection with the invasion of the Senate by thugs.

CHANNELS television reports that the thugs stormed the Upper Chamber of the National Assembly earlier in the day, disrupting ongoing proceedings and made away with the mace.

Condemning the incident, the Red Chamber accused Senator Omo-Agege of leading the thugs to plenary to seize its symbol of authority.

“This action is an act of treason, as it is an attempt to overthrow a branch of the Federal Government of Nigeria by force, and it must be treated as such.

“This action is also an affront on the legislature, and the Leadership of the House has come to express their support against this action,” the Senate said in a statement by its spokesperson, Senator Sabi Abdullahi.

The Senate, in conjunction with the House of Representatives, ordered the heads of the Nigeria Police and the Department of State Service (DSS) to recover the mace within 24 hours.

They order the security agencies to quickly move into action and immediately mobilise their personnel to retrieve the mace and apprehend the mastermind and all those involved in the act.